The Sasquatch in My Tent - A Monster Erotica by Martian L. Beast

Two drunk college roommates on a camping trip meet up with Sasquatch and get busy. 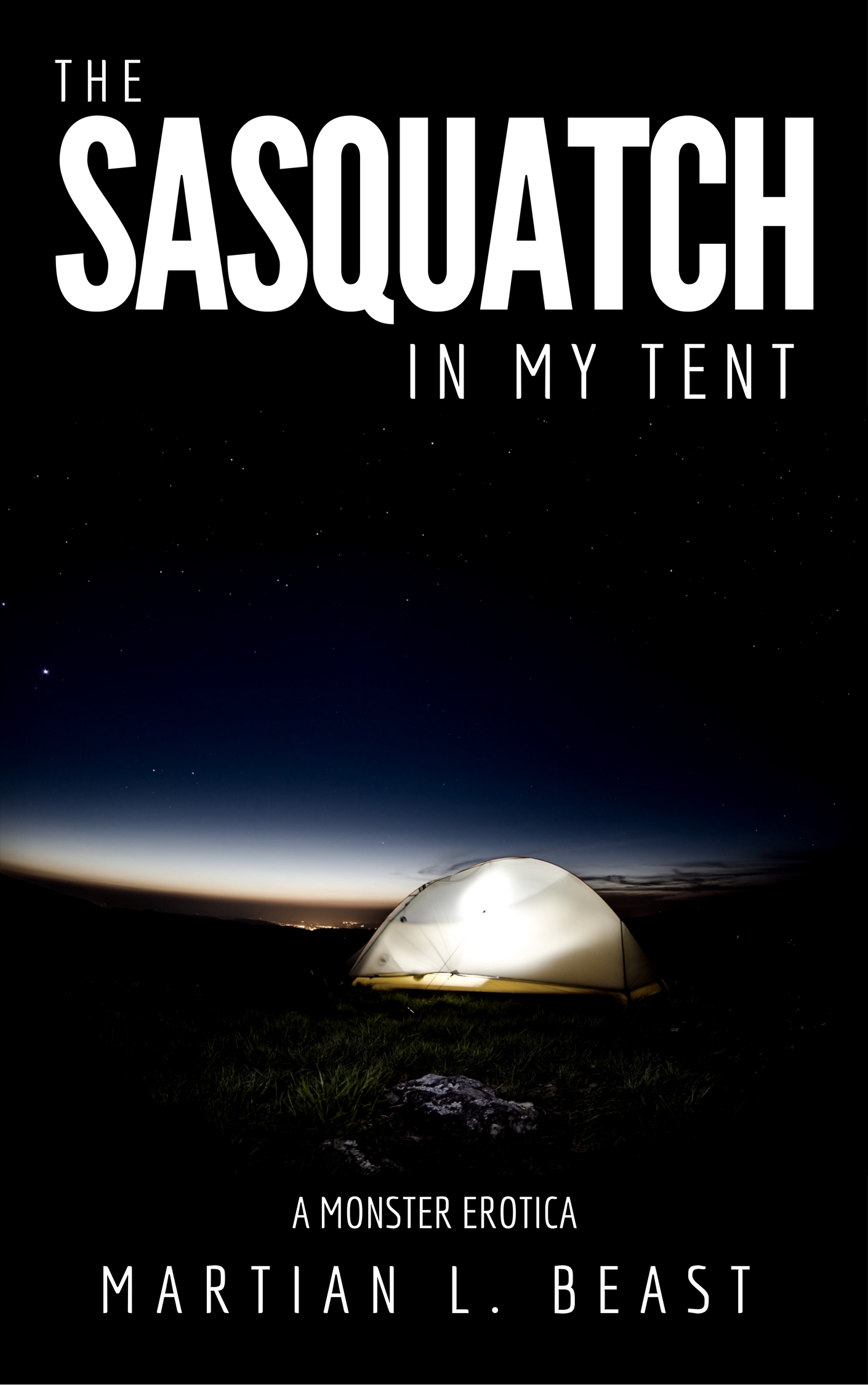 Veteran monster hunter Martian L. Beast travels throughout North America, following leads and sightings of creatures that science says don’t exist. When he stops for the night in a small Southwestern town, he has little hope more than to find a few cold beers, something to eat, and a good woman to keep him company for the night. But instead, he meets Patricia, a woman haunted by the memory of her friend Mary’s disappearance.

Unable to recover from that fateful camping trip, Patricia unfolds a whiskey-soaked tale of a mysterious creature lurking in the wooded mountains of Idaho. Lured by the sounds and smells of shared desire between Mary and Patricia, the creature sets its eyes on Mary and won’t take no for an answer.

Lifted from the pages of Martian L. Beast’s journal entry for that evening, this story is one of just handful of stories that would leave him unable to determine what had truly happened. The trail long gone cold, Martian may not be able to find the truth, but he can at least pass this story on and have a beer or three as he does so.


Mary grabbed onto the low branch in front of her, bracing herself with both hands. The beast was gentle yet held her firmly in place with one large hand. She had no intentions of trying to run, but wouldn’t have been able to had she tried. His other hand roughly guided his massive uncircumcised cock along her, searching for a hole, any hole.

She gasped as he penetrated her ass, stretching her to indiscernible dimensions. Her eyes began to water and her breath came in ragged gasps as the beast started pumping his massive length in and out of her tiny ass. Delicious heat began to surge through her, rolling like an unstoppable wave, consuming every last inch of her in a fiery sea of ecstasy.

Searing heat continued to churn throughout her as the great beast thrust into her again and again. All thoughts fled her as finally, after a long weary search of one disappointing lover after another, she finally felt complete, finally felt fulfilled.