Only she could heal his wounded heart... 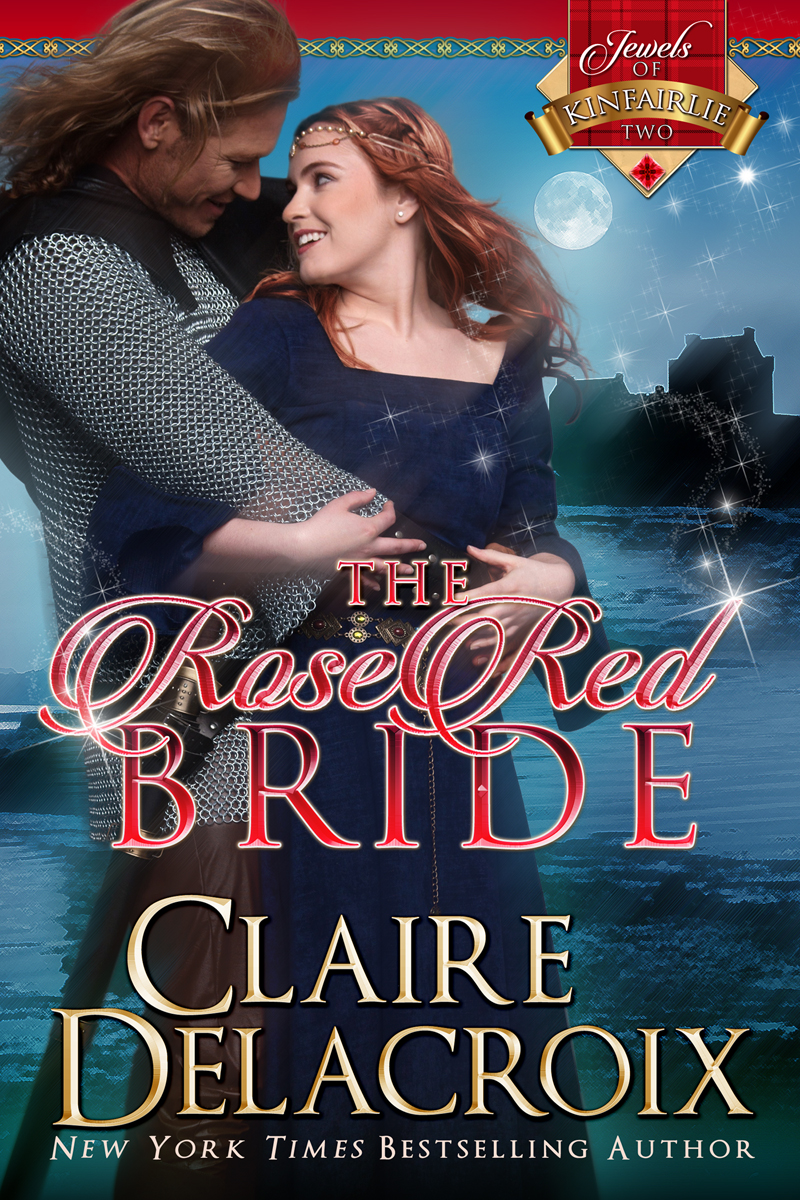 More cherished than gold are the Jewels of Kinfairlie, and only the worthiest may fight for their love...The Laird of Kinfairlie has unmarried sisters, each a gem in her own right. And he has no choice but to see them all wed in haste.

Like a heroine in an ancient tale, Vivienne waited in the highest chamber of Kinfairlie’s tower for her fated lover. In the darkness he came for her, cloaked and hooded so that she would not see his face. He loved her sweetly, thoroughly...and Vivienne knew she had met her destiny.

But in the morning light, her dream is shattered. Erik Sinclair of Blackleith is no romantic hero but a disinherited warrior who arranged her abduction to regain his own legacy. Outraged by Erik’s insistence that he needs her solely to beget a son, yet ensnared by the passion he awakens, Vivienne realizes that there is more merit in her taciturn spouse than he would admit. Erik is skeptical of her growing faith in his honor and her desire to recapture his stolen birthright...

Little does he suspect that his rare gem of a bride intends to capture his barricaded heart as well.


The Rose Red Bride is the second book in my bestselling series of medieval romances (The Jewels of Kinfairlie). It has been a Kindle bestseller in ebook.


Alexander congratulated himself upon a matter well concluded. Although the marriage of his eldest sister Madeline had not begun auspiciously, his solution had ultimately proven to be a good one. Just as he had predicted, Madeline was wedded and happily so, all the more content for the babe already rounding her belly. Though Alexander had not located Rhys FitzHenry by any conventional means of matchmaking, the man who had bought Madeline’s hand at auction had proven to be an excellent spouse.

All had ended well, and Alexander was inclined to grant himself credit for that happy fact. A man had to find encouragement where he could. There was little else that stood to Alexander’s credit at Kinfairlie and he often felt overwhelmed by the burden of his hereditary holding.

Alexander stared out the window at Kinfairlie’s fields, frowning that they were not more lushly green. The crop was slightly better than his castellan had predicted, but not sufficiently good enough. Though his sister Madeline was wedded, his brother Malcolm was training at Ravensmuir and his other brother Ross was training at Inverfyre, there remained four unwed sisters for whom Alexander was responsible. The castellan had been firm in his counsel that there must be fewer mouths at the board for the winter.

The fields offered a telling reminder. Alexander would still have to see his sister Vivienne, the next eldest after Madeline, married before the snow flew.

Sadly, Vivienne was not proving to be any easier to wed than her elder sister Madeline had been. Vivienne was willing to wed, but she wished to feel affection for her spouse before her nuptials were celebrated. Indeed, she wished to be in love. Alexander was certain they had visited every man in Christendom to no avail. He might well roar if Vivienne met his gaze and gave that minute shake of her head one more time.

Collection/Series:
The Jewels of Kinfairlie