The Renegade's Heart by Claire Delacroix

She would risk everything to save his soul... 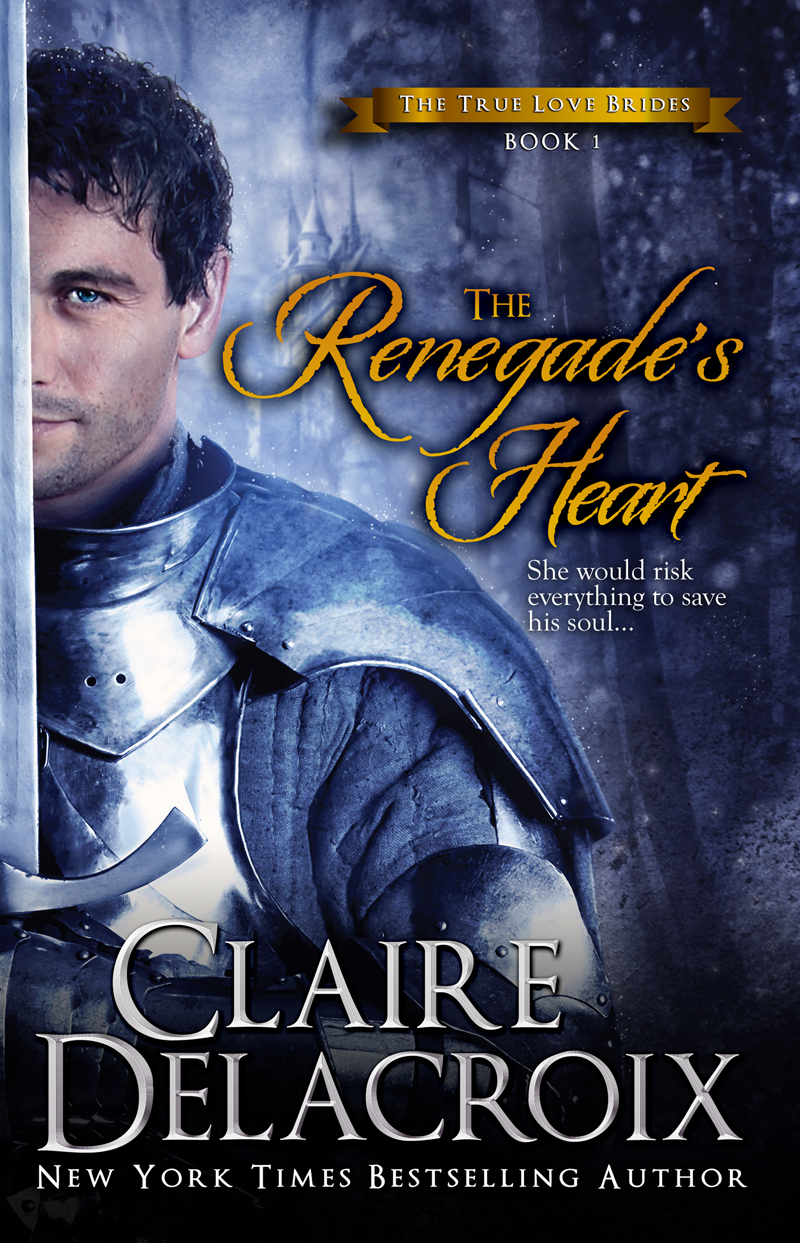 Released from the captivity of the Fae, Murdoch Seton wants nothing more than to forget his lost years. Undertaking a quest to recover treasure stolen from his family seems the perfect solution – but Murdoch is not counting upon a curious maiden who holds both the secret to the theft and his sole redemption.

Isabella is outraged to find her brother’s keep besieged by a renegade knight—especially one who is too handsome for his own good or hers. After a single encounter, she becomes convinced that his cause is just and decides to unveil the true thief, never imagining that their single shared kiss has launched a battle for Murdoch’s very soul.

As the treacherous Fae move to claim Murdoch forever, Isabella seeks to heal the knight who has stolen her heart. But will Murdoch allow her to take a risk and endanger herself? Or will he sacrifice himself to ensure Isabella’s future?


The Renegade's Heart is a medieval romance with fantasy elements and a series starter. It's been promoted several times on BookBub and always performs well on those days - it has been a #1 Kindle bestselling title.

This book is first in a four book series, and all of the books need to be translated. (4 x approximately 100,000 words.) Ideally, the same translator will do them all. The translator must be willing to work with a proofreader chosen by me.

I am interested in these translations:
• German
• Italian
• French
• Portuguese (for Brazil)


Murdoch Seton rode for home as if he had escaped the very gates of Hell. The moon was new and his heart was filled with fear. What would he find on his return to Seton Manor? He had seen so much since his departure, so much that defied belief, and he no longer knew what to believe.

Had the Elphine Queen truly released him from the realm of the Fae?

Or was this merely an illusion, a jest made at his expense? No man escaped the Fae once he had been claimed, not after he had gazed into the fathomless eyes of the Elphine Queen.

Was Murdoch an exception, or a pawn? He knew well enough how the Fae loved a jest, particularly one played at the expense of a mortal.

Each step, each day, made his release seem more plausible. He scanned his surroundings for evidence that he was actually in the mortal realm. The hills rose just as high as he recalled and the sky overhead was as vivid a blue. The forest was devoid of laughing faces, strange lights, and sounds that had no mortal source. He could not see the dead, even in the darkness and solitude of deepest night.

Could the Elphine Queen have kept her pledge? He had offered to trade her any thing in exchange for his freedom, and had been stunned when she had simply returned his belongings. His steed, Zephyr, was none the worse for wear from their time among the Fae, and his armor had been well-tended.

His leg was still healed.

It all seemed too good to be true.

How long had he been gone? He could not say. It felt like the blink of an eye, but he knew the tales of those held captive by the Fae well enough. It could have been a year. A decade. A century. The possibilities were terrifying. What had changed in his absence? A river’s reflection had revealed that he did not look any different, save perhaps for a new wariness in his eyes.

But that might have been the ripple of the wind on the water.