The Portrait by Joan Wolf 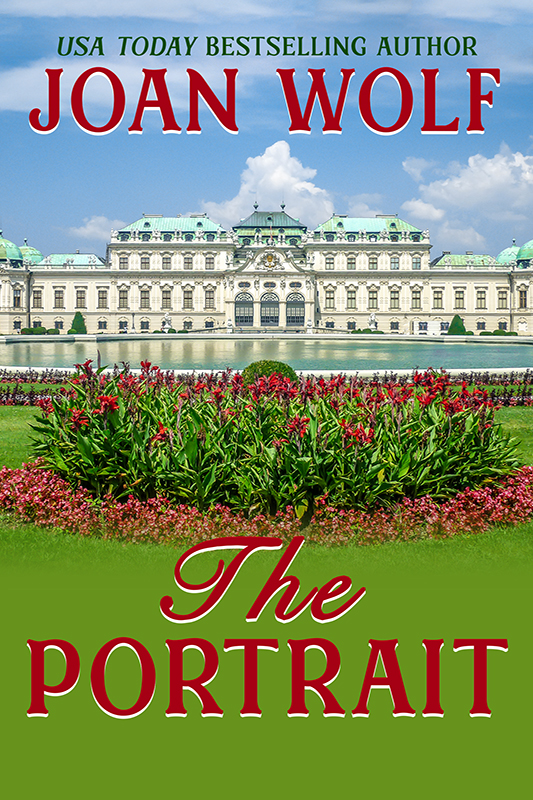 Isabel Besson’s father owns a French Equestrian Circus in which she grew up, touring throughout France and performing with her brilliant horse, Alonzo. In the audience at a performance in London is Leo Sommers, Earl of Camden, who is stunned when he sees in Isabel the replica of his famous great-grandmother, whose portrait hangs in his drawing room.

This is no coincidence, as it soon comes to light that Isabel had been kidnapped as an infant and adopted by “Papa” and his wife when an English woman attempted to sell them the baby.

Isabel isn’t interested in meeting her natural family, but when she learns that her birth father, the Earl of Mansfield, has left her a great deal of money, Isabel sees a means for her Papa to retire from circus life, and she heads for a summer at Camden Hall to prove her right to the inheritance.

Camden Hall is one of England’s Great Houses, and everything about it feels alien to Isabel. She misses her Papa, the circus, France…everything from the life she knows. She does not like her new relatives: Lady Augusta, Leo’s elderly aunt who is always correcting her; Leo’s cousin Roger, who calls her “circus girl” and undresses her with his eyes; her own brother Henry, Earl of Mansfield, who doesn’t want to surrender their father’s money to her.

There is one person at Camden Hall who Isabel comes to love…the Earl of Camden—and Leo feels the same about her.

Which will win out…love, or money?


This title has not yet been released. Each year Joan Wolf releases a new novel to add to her significant backlist and this is the title for 2020. We already have 150 preorders for the English language version just at Amazon, but we also have preorders at all of our other retailers around the world. We wil be releasing simultaneously in ebook, paperback, and audiobook.


Isabel stood next to her horse, the reins held firmly in her hand. “Don’t be nervous,” her father said to her in the French language that was their native tongue. “This is just another ride with Alonzo. You’ve done it a hundred times. Pretend this is just another performance in Le Cirque Equestre and you’ll be fine.”

The big white horse Isabel was holding nodded his head as if in agreement with Pierre Besson, owner of the circus. Isabel and Alonzo had worked together for three years and the rumors of their excellence had reached Britain. Their reputation, and that of the entire Cirque Equestre, had been so impressive that Astley’s Royal Amphitheatre in London, the premiere horse circus in the world, had invited Pierre’s company to perform at their arena. Tonight would be their first performance.

The Bessons had been impressed by Astley’s spectacular show. A traveling circus such as the Cirque Equestre could never compete with what was staged in Astley’s huge amphitheater. The number of riders, the number of horses, the costumes, the scenery…it would be impossible for a circus that traveled from town to town to equal such extravagance.

Isabel said, “Everything in this show has been so exciting, Papa. Perhaps the audience will find us boring.”

“Nonsense,” Pierre returned stoutly. “They will love you.”

The props for the previous scene had been cleared away and it was Isabel’s turn. She was the last act on the program and her ride had been advertised all over London. The orchestra, which was placed below a stunning arch that overlooked the ring, began to play her music. Alonzo heard it and his ears flicked back and forth.