Evil under the Greek sun 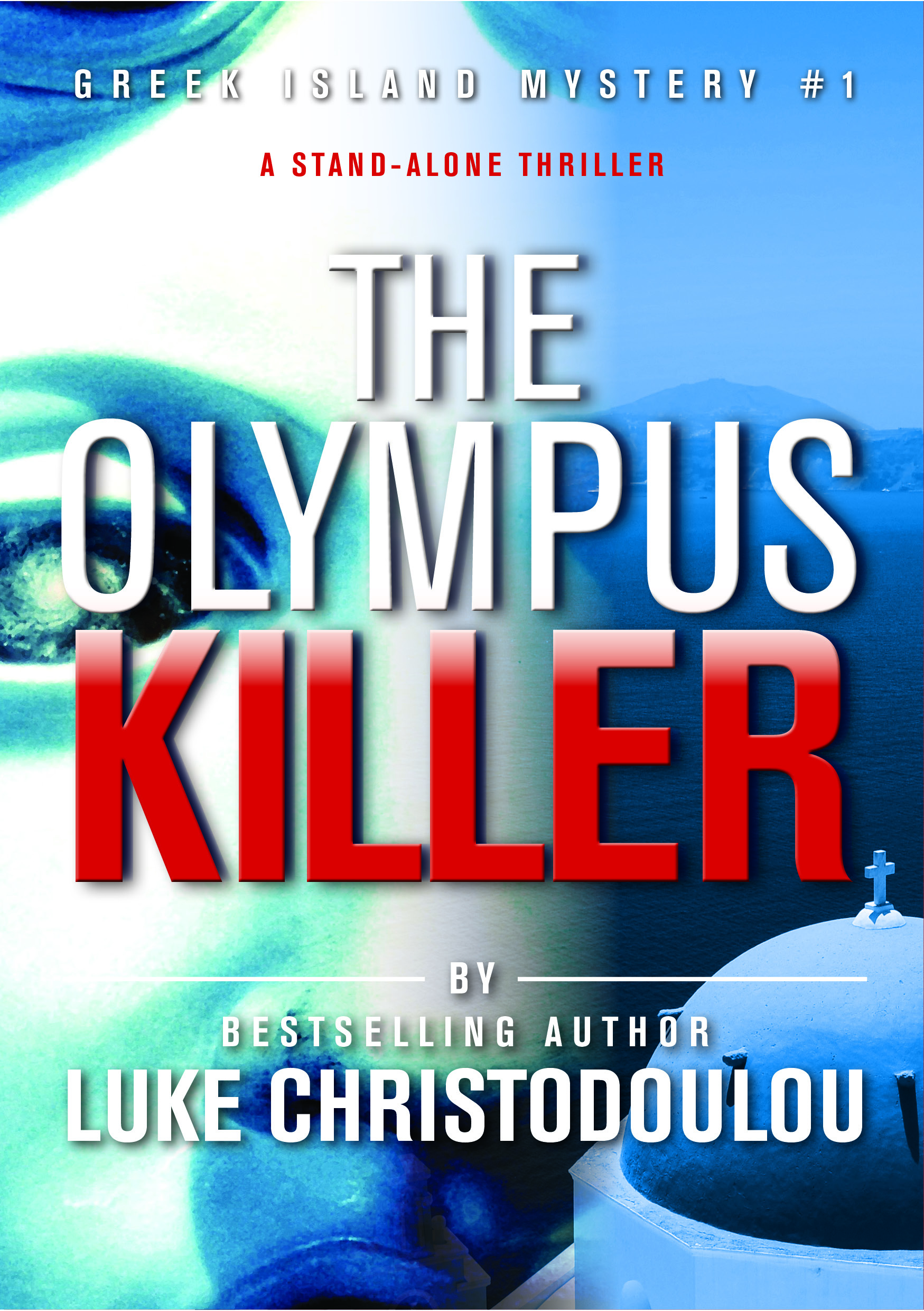 'EVIL UNDER THE GREEK SUN'
If this summer you are thinking of travelling to the majestic, sun kissed Greek Islands, think again. A sadistic killer is on the loose.
THE OLYMPUS KILLER...
Over the picturesque Greek Islands, bodies are piling up fast. Bodies tortured, mutilated and strangely connected to ancient Greek mythology. Hellenic Police Captain COSTA PAPACOSTA is called in to assist young, top of her year, foul mouth, food loving Cretan, Lieutenant IOLI CARA in solving their most complex case yet, while facing his own demons after the tragic loss of his daughter.
The OLYMPUS KILLER, as the tabloids refer to him by, is a cunning, sadistic murderer with a haunting past. A past revealed to us through his mother’s story set in Dayton, USA.
Will the two officers catch the murderer in time or will the Olympus Killer have his revenge?
A model with arms brutally chopped off...
Twins decapitated and their heads used to form a sun and a moon...
Papacosta and Cara are always one step behind the killer all the way to the shocking end!

Has so far sold 12000 ebooks and 500 paperbacks.Three years since release and still sells 2-5 books daily.

The bright Greek sun had just sunk into the ocean.

It had been a beautiful sunset. The way the light jumped upon the waves, en-flaming the waters of Vathy Bay, was spectacular.

‘‘Eye candy,’’ Stacy thought as she ambled past the colourful, little fishing boats, all lined up, waiting for their masters to arrive before setting off for the night’s late catch.

Stacy realised that this was the first time she had truly been alone since her divorce was finalized last week, back home in L.A. Her socialite friends had persuaded her to get away from it all and the very next day they were on their way to the Greek island of Rhodes.It was so quiet and peaceful by the rock where she had sat and stared at the full moon. She gazed upon the shadowy, still ships sleeping on the dark horizon, before taking off her red Manolo Blahnik heels and carefully climbing down to lie on the golden sandy beach, isolated by the rocks from the rest of the world.

‘‘I love thrillers,’’ she said with flirtatious excitement. It was the last thing Stacy Anderson ever said. As the knife hit her chest and penetrated her heart, Stacy tried to catch a breath and scream out, but Tom’s left hand quickly covered her mouth. His right hand lifted the knife again and the blade flashed silver in the moonlight. Blood was dripping from its sharp end as he stabbed her again with more passion this time and with obvious exhilaration in his devilish green eyes. All seven hits were to her heart. Tom leaned in close and slowly unbuttoned her bloody shirt, taking his time before turning his attention to the button of her jeans.