The Midwife's Playlist by Piper Lennox

A small-town, second-chance romance full of emotion and steam. 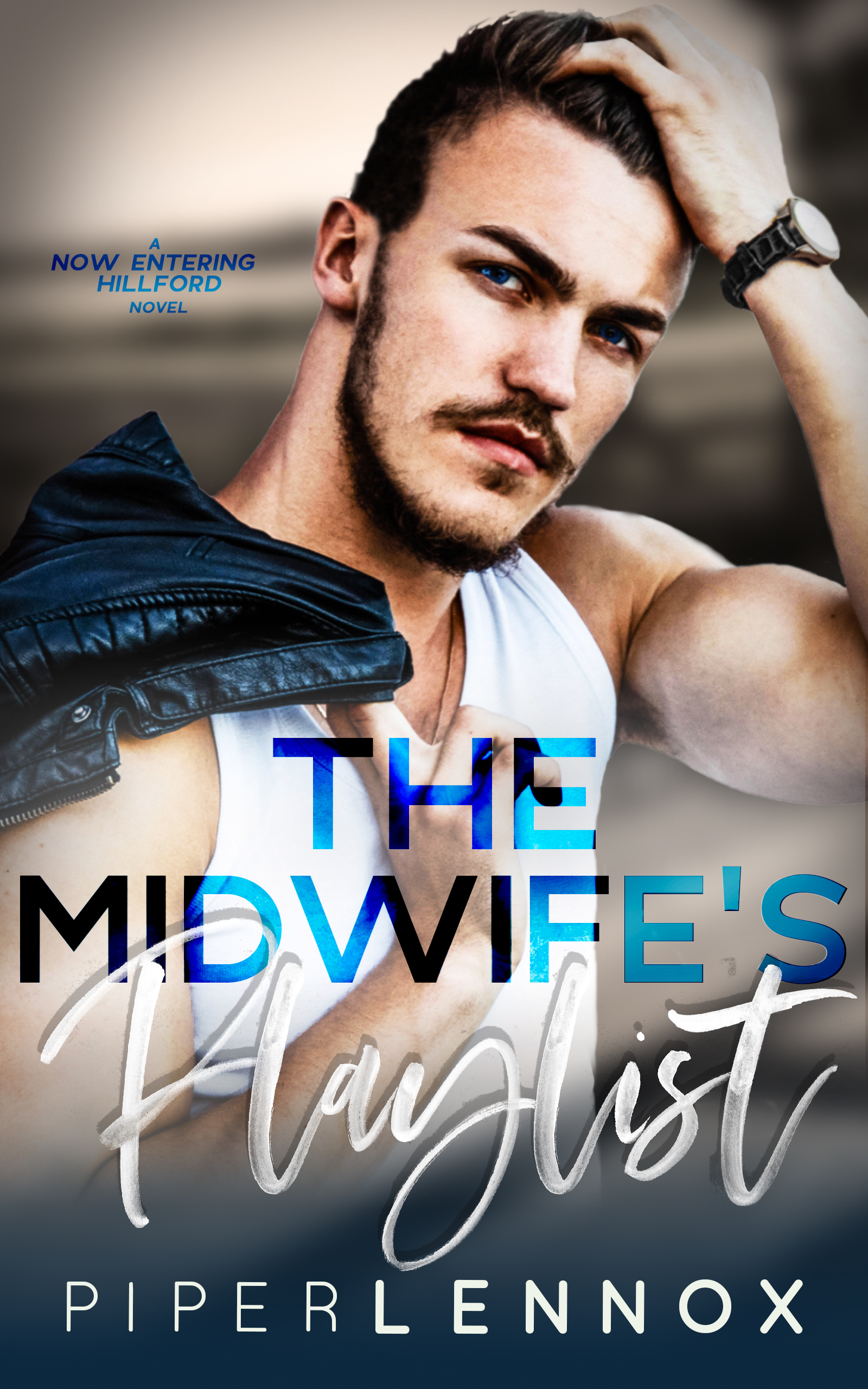 The night Ford McLean crawled through my bedroom window, his playlist was born.

The day he left, he ruined every single song.

When I’m called to a teen mom’s birth in the middle of a thunderstorm, the last person I expect to see isn’t Caroline.  It’s her brother.

Six years, and the sight of Ford McLean still wrings my heart dry.  His voice still melts me.

His smirk still pisses me off in ways he can’t even imagine.

After that summer, I swore I wouldn’t give him the time of day.  I failed.

But I sure as hell won’t give him a second chance.

Once upon a time, I thought Easton Lawrence would be the girl who saved me.

I didn’t return to Hillford for redemption; I don’t deserve it. I came back because my family needs me.  As soon as this is over, I’m out of here.  Gone.  A ghost.

At least, that was my plan.  I didn’t count on seeing Easton again—much less confessing I still want her. That I waited.

That I would set this entire world on fire, myself included, if it could give her back everything I stole.

The day we met, she hated me: eight years old and sworn enemies. Somehow, I changed her mind.

And I swear, on this grave I just can't stop digging for myself...I’m going to change it again.

The Midwife’s Playlist is a standalone, second-chance romance with an HEA, steam, and no cliffhanger.  It is the first book in the Now Entering Hillford series by Piper Lennox.


Peaked at #918 in the Amazon store (US) shortly after its release in April 2019, now stays around 50k-70k rank or so with very minimal advertising. It's the first in a 5-book series and has good readthrough.


“Of course I dated.”  Her scoff screeches straight through my brain.  “What, was I supposed to wait for you?”

“Were you waiting for me?”

“What is it, then?  Huh?  You chose to step out of my life, Ford—so you don’t get to comment on a detail you don’t like, just because you randomly decided to step back in.”  Her voice rises, swelling from her chest.  “You left.  Let’s make that perfectly clear here, okay?  You chose to leave.  And even if you hadn’t, like if this was 19-fucking-40 and you’d been drafted—what would it have mattered if I moved on?  It’s not like you and I were anything important.”

“What were we, Ford?  Because whenever I tried to find out, you’d get pissy and tell me to quit labeling everything.  So we had no label—we weren’t boyfriend and girlfriend.  Hell, I’m not even sure we were friends, with the way you acted.  You made sure of that.  We weren’t anything.”

“We were everything, E.”  My volume’s collapsed, like I wanted to get so loud, my brain crashed and sent a whisper, instead.

Easton stares at me, the tears in her eyes unmoving.

“Then you gave up everything,” she says.