The Magic of Gingerbread by Sandra Sookoo

Sometimes the only way to gauge the depth of a man’s regard is with the magic of gingerbread. 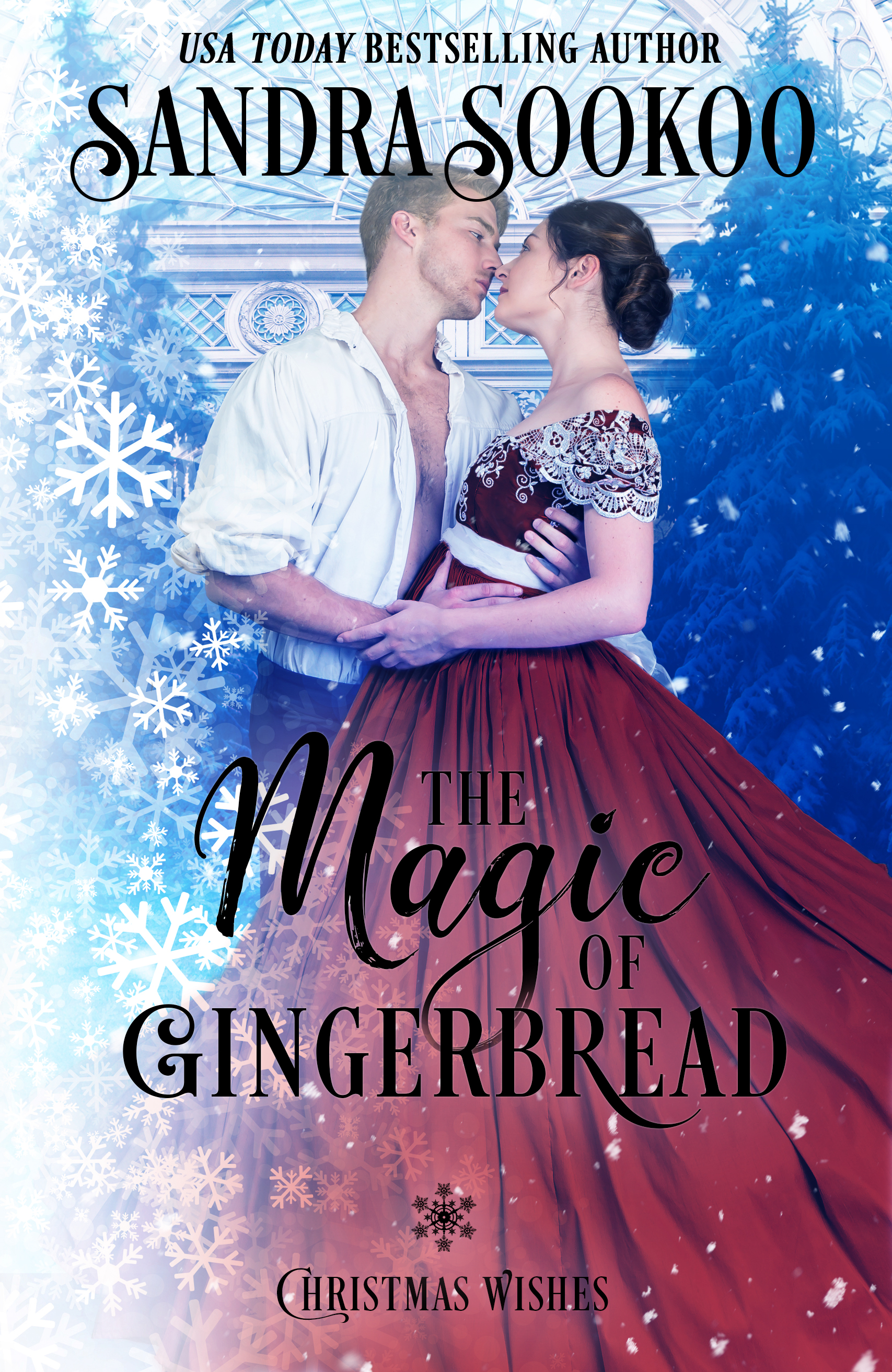 In 1888 London, Miss Eleanor Redding, possessed of a beastly, grouchy attitude, works for Western Union Telegraph Company. It gives her a certain independence and a place to hide from her disappointing past in America. When she accidentally intercepts a Morse-coded message alluding to clandestine and nefarious activity, she accepts the challenge with alacrity. It will take her mind off the fact she’s once more alone for the Christmas holidays. Why couldn’t a man look past her prickles and scars to fight for her?

Mr. Cameron Hallewell, grandson of the Earl of Albemarle, is employed by the Home Office in the matters of foreign interests. He takes his occupation of protecting British interests seriously, but he longs for a woman to surprise him in unexpected ways, to want him instead of his social standing. When there’s news of a foreign operative lurking about Victoria Station planning something vile, he intends to track them down... only to find an attractive woman tailing various strangers on the platform and looking for all the world like a spy herself.

They get on together like oil and water, but despite Eleanor’s prickles and Cameron’s bruised heart as well as his secrets, a spark catches between them. As the unlikely pair work together to capture a spy and prevent harm from befalling London, they come to care for and rely on each other. Throw in the intriguing prospect of an unexpected Christmas courtship, and they could have a romance that spans the ages... if they’ll only let themselves give into granted wishes and a passion that’s been there all along.


Yet it could be mere coincidence. That man probably wasn’t a spy, and her regard might have made him wary. Perhaps I should continue searching for the contact.

As her heart climbed her throat, she wove her way in and out of people milling about the nearest platform. The next time she glanced over her shoulder, he’d vanished once again. If those weren’t the actions of a guilty man, she didn’t know what were.

But that niggle of doubt persisted.

The shrill blast of a train whistle echoed through the station and she cringed. Before the train slowly pulled away, she caught another glimpse of the man in black on the opposite platform, and then the moving train obscured her vision of him.

Drat! There was every possibility he was a passenger after all. On the off chance he was not, and she somehow apprehended him, she’d yank him toward a patrolling member of The Met doing his rounds. Her civic duty would be fulfilled, and she’d return to her boarding house knowing she’d made a difference. In what and how, she had no idea, but at least it was something.

A longing for the unknown circled through her belly. If he boarded a train, never again would she see those intense eyes… Then she mentally berated herself. Men were not to be trusted, and men with unforgettable eyes even more so. If that weren’t enough, men who were spies were absolutely off limits, no matter how enthralling for the moment, no matter how much the intrigue of the situation set her heart pounding or her blood flowing.