The Little Universe by Jason Matthews

If you could create a universe, what might you find? 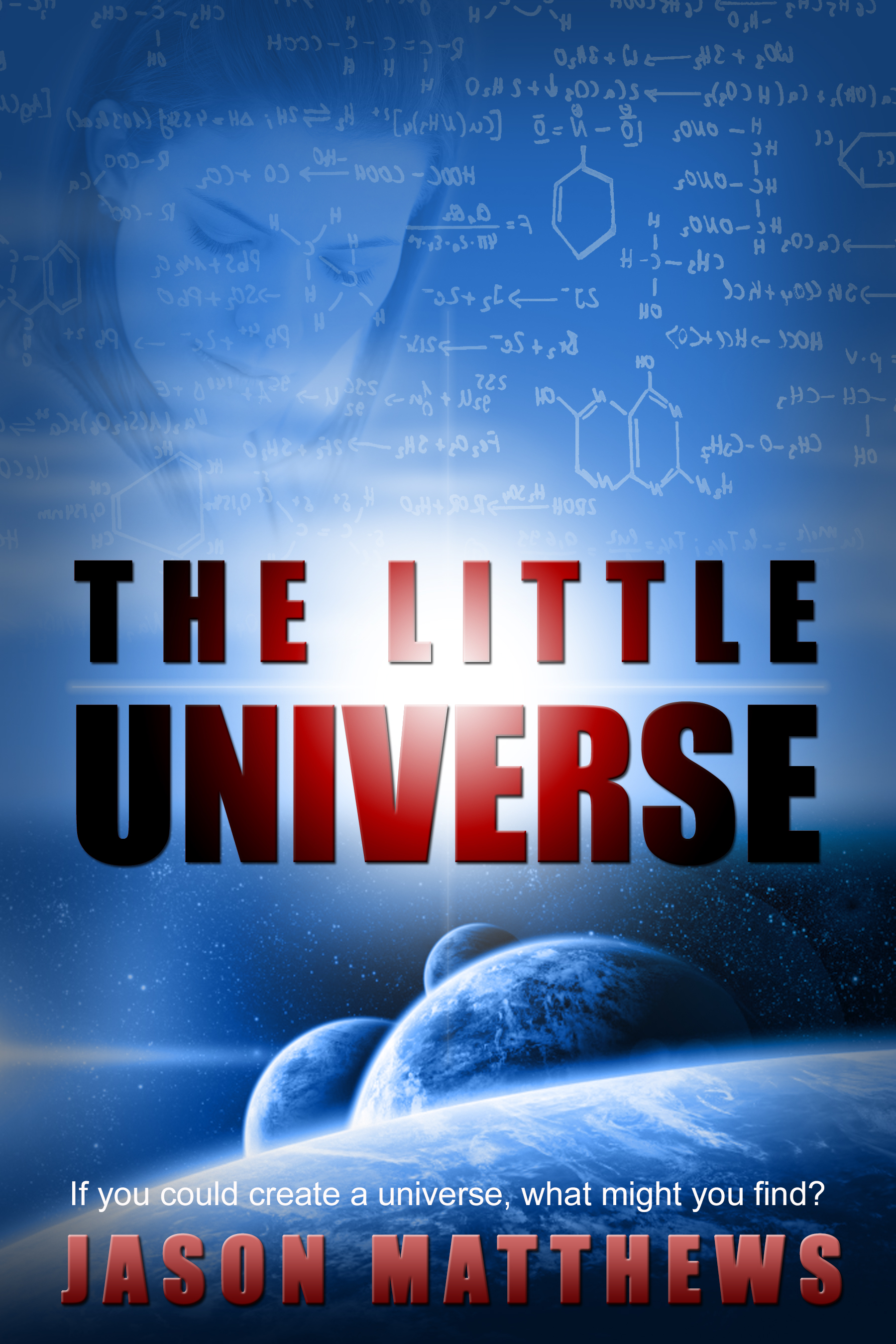 What if you could create a universe--a miniature self-enclosed universe? Imagine having probing cameras that could focus to any star or planet looking for life. And once you found life, what if you could accelerate time and watch it evolve? What might you find? Primordial soup. Strange beings. Alien societies. Profound wisdom.

These are not the questions Jon Gruber ponders as he pedals to his next carpentry job. Over thirty and unmarried, he doesn't even own a car. But a new assignment challenges him to rethink his place in the world. Is he a loser? Or is he about to become a partner in an experiment of phenomenal discovery?

Webster Adams, astronomer, inventor, and Jon's latest client, performs such an experiment. To Webster's amazement, he finds planets and cultures beyond his wildest dreams. His little universe turns into a discovery machine--an overnight goldmine. He and his crew observe societies that evolve so far past them on levels of technology and spirituality, the world will be forever changed.

Webster's lovely daughter, Whitney, also overwhelms Jon. She opens his eyes to the deeper meanings within the experiment--to the divine nature and connectedness of all life, by finding the most advanced beings within the project--the spirit guides from Theta 7.

The Little Universe is a God-game at multiple levels. For Webster Adams, one question immediately comes to light. "If I can create a universe," he wonders, "then who created ours?"

The debate between evolution and creation is the subtle undertone throughout Webster's story. Can it be proven that some form of God must exist? Or is life random and free-flowing without design or purpose? Along with Jon, you, the reader, will be presented a new perspective on life and your role in the great mystery of the universe.


This book has been selling consistently for several years, with very good reviews at Amazon. It has been in the top 10 for certain Amazon categories like Reincarnation and Visionary-Metaphysical Fiction.


As I looked more closely at the tiny areas of light, I suddenly realized they looked like galaxies.

A shiver traveled down my spine. A tiny universe had been created before my eyes. Within minutes, dozens of different masses sparkled against the darkness on the screens. Each mass hovered about on its own, tracked by a different camera within the cavity of the building and displayed on a monitor. Our dimly lit lab room was filled with light from these newborn galaxies.

Monitor Two revealed a cluster of stars, tons of them surrounded by extraordinary colors and formations. It was like a fountain of magic dust, reminding me of the pictures in the hallway I passed by each day.

“It’s a nebula!” Adams cried out, raising his arms to the ceiling in victory. “We have a nebula! Slow down the rate, Jim. Take it down to a crawl.”

The twisting and moving slowed down, halting the lights. The monitors displayed dozens of galaxies frozen in time. Adams, mystified by his creation, stared at the screens. Each one showcased a galaxy of brilliant lights and amazing colors. He laughed in delight.

I looked around at the monitors into a vast horizon of heavens, feeling like I was on a space station in the center of the universe.

“I still don’t understand,” I said. “How did this come from a little atomic matter?”

Adams sat in his chair, calmed himself, and stared at the monitors in a dreamy way as if the full understanding of the invention had just come to him.