The Island by Jen Minkman

A dystopian novella set in a mysterious, post-apocalyptic world 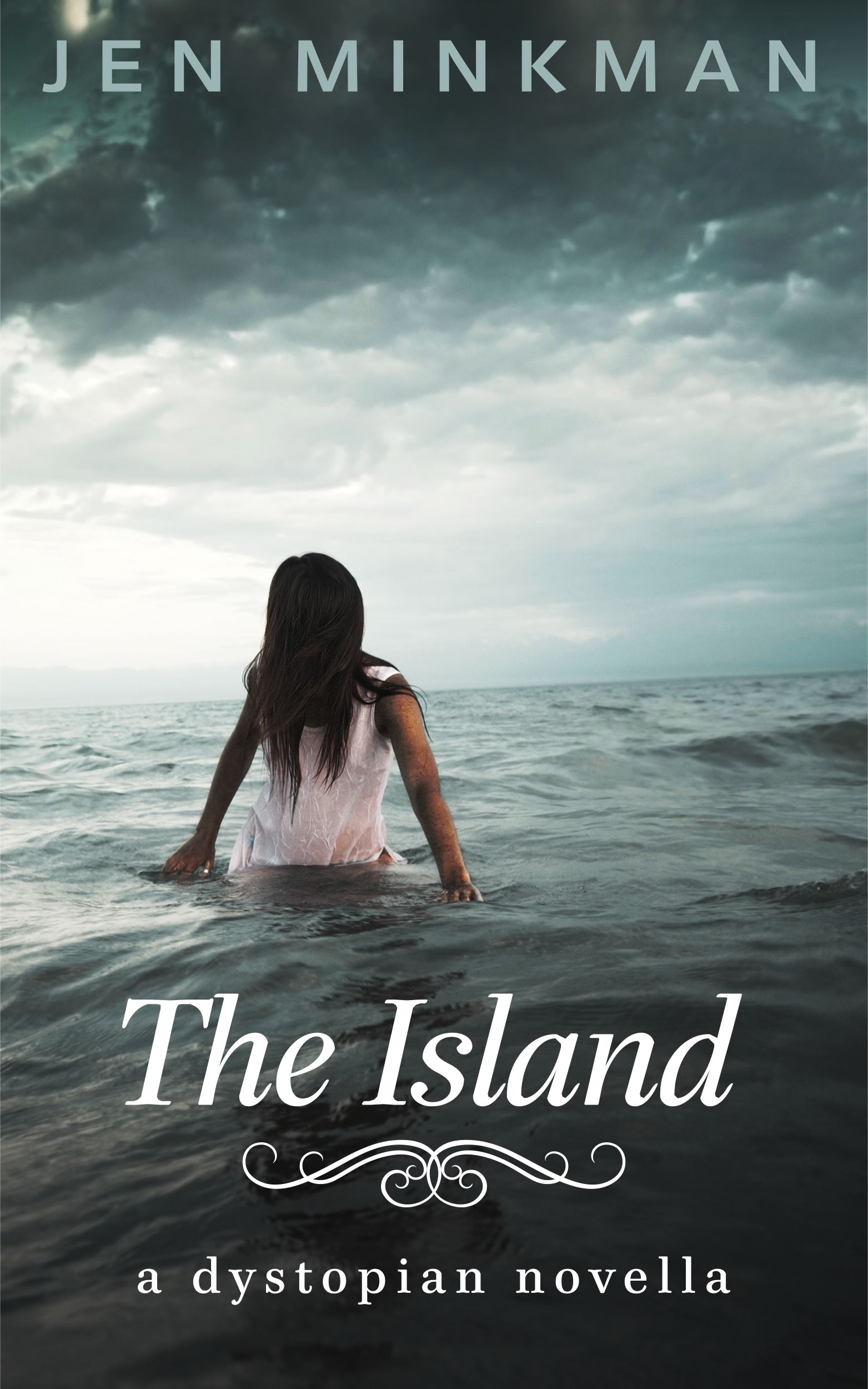 Leia lives on the Island, a world in which children leave their parents to take care of themselves when they are ten years old. Across this Island runs a wall that no one has ever crossed. The Fools living behind it are not amenable to reason – they believe in illusions. That’s what The Book says, the only thing left to the Eastern Islanders by their ancestors.
But when a strange man washes ashore and Leia meets a Fool face to face, her life will never be the same. Is what she and her friends believe about the Island really true?

Or is everyone in their world, in fact, a Fool?


This novella was consistently in the Hot Releases and Amazon Kindle Dystopian Top 100 during launch month (June 2013) and has sold about 700 copies since then. It will also be available in German and Dutch in 2014, and there is a sequel to this novella called The Waves. A third part to this trilogy is in the making.


When I step out of my bedroom door, mother and father are waiting for me in the hallway.

The clothes I’m wearing feel uncomfortable. They’re grown-up clothes: rough-textured and of practical cut. Made to last for a long time.

“I go my own way,” I say softly. The words that every child utters at age ten – the words my brother will say after me today – don’t sound as if I’m sure of them. But I am, because I know this is right. I clear my throat and speak up. “I stand on my own two feet. No one takes care of me but me.”

Father nods solemnly. Mother looks pale and is staring down at her hands. Why won’t she look at me? Is this her way of saying she wants nothing more to do with me? I haven’t even moved out yet. Dull disappointment grows in my stomach like a heavy brick.

The door next to mine swings open, and Colin steps over the threshold. My twin brother. He’s wearing brown pants and a simple shirt. Slung across his shoulder is a bag containing a few possessions he doesn’t want to leave behind. Almost all of our things will be destroyed after our departure, our rooms cleared, so we won’t ever be tempted to return. Not that I would want to. I’m done here.