The Insider’s Guide to Negotiations by Passos Dias Aguiar

How to Cheat at Negotiations and Get Away with It 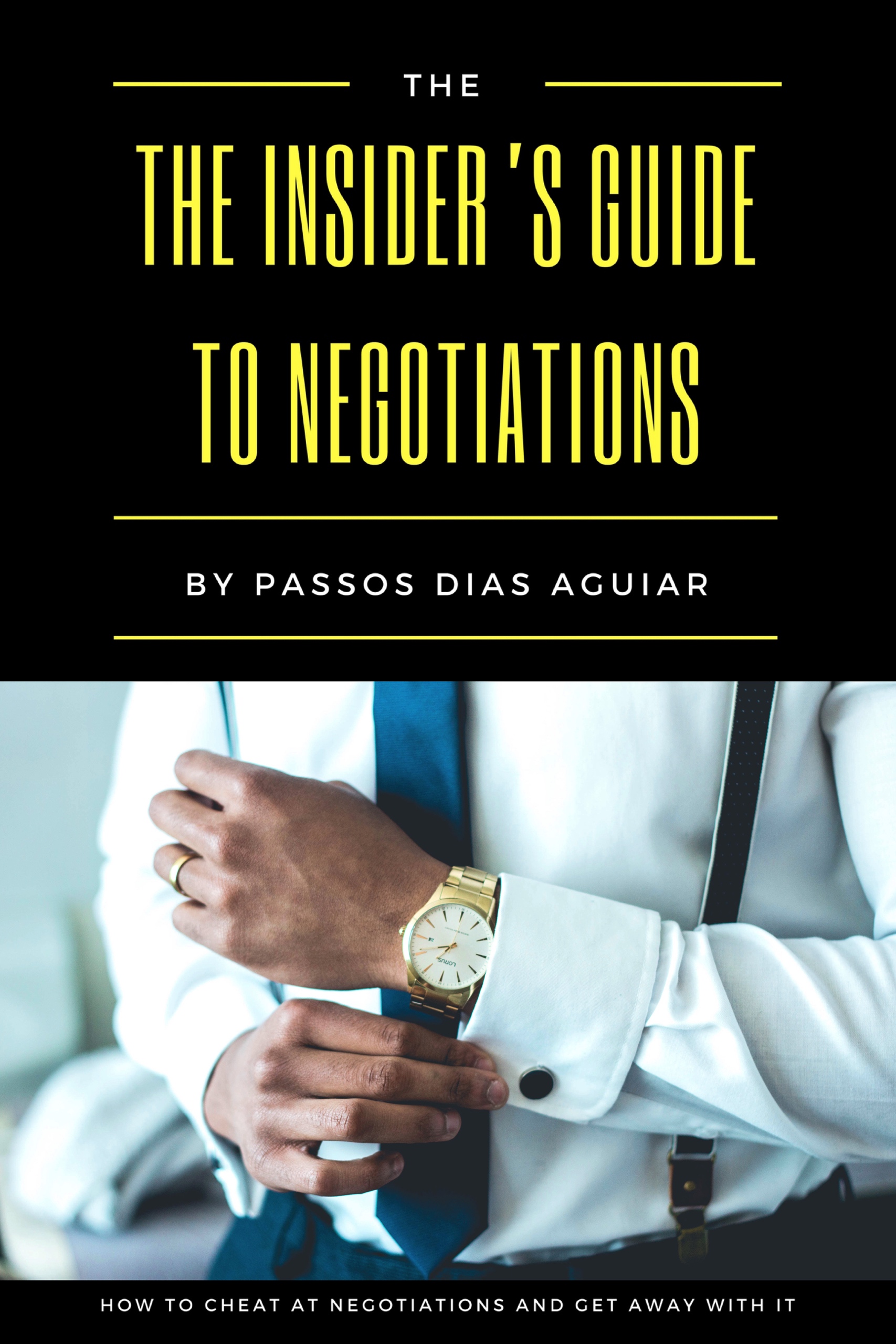 If you are looking to improve your negotiation skills this book is for you. Negotiation skills strongly condition the professional and personal life of any individual. Those skills are the more accurate predictor of a person’s future success. People with better negotiation skills routinely overcome others with superior intellects, more knowledge and experience, and even more grit.

Unfortunately, very few people had the benefit of receiving negotiation training. This book removes that handicap: it reveals the secrets, tactics and strategies used by professional international negotiation sharks. Here you will find everything you need to obtain better outcomes on your personal and professional negotiations.

This is a must-have book for all the people who negotiate, and who does not?

The author has over 30 years of sales and negotiation experience. A sought-after international sales consultant, the single most important thing that sets him at the top of his profession is his ability to produce measurable results for his clients.

<b>Do yourself a favor and buy this book now!</b>

“An easy-to-read book that is a very powerful tool.” - Daniel S.
“We negotiate on a daily basis and with the tactics presented here you will learn how to negotiate better.” - Paulo Miranda
“A satisfying read that gives extremely relevant information.” - Fernando Botto
“Very practical, teaching how to negotiate in a way that can be used daily.” - M. Mendes
“I liked it, good reading, extremely useful and very valuable as a reference work.” - Adriano C.

When the Beatles’ first film was made, the producer, United Artists, doubted its success. To minimize the risk, it wanted to reduce the amount of fixed royalties to be paid to the group, offering instead a sizeable percentage of the profits that would be generated. United Artists was prepared to pay up to 25 per cent, but Brian Epstein, the Beatles’ manager, came forward with a little-thought-out first suggestion of 7.5 per cent! To United Artists’ delight, the film turned out to be a huge commercial success and, as a result, the Beatles lost millions due to their manager’s poor negotiating skills.

Never accept the first offer made to you. This is, without doubt, the root cause of problems in the negotiation process; it is what leads to the failure of negotiations that are already gathering pace with sealing the deal appearing very close. Let’s return to the example of selling a car and suppose that a potential buyer arrives and offers me €5000. As this is the amount I want, I accept immediately. What will the buyer’s reaction be? They are going to think there is something wrong with the car that they have not been told about or not noticed, or that they could have got a better deal. Since I have accepted €5000, surely I would also have accepted €4900 or even €4750? The buyer probably won’t be particularly happy and instead of congratulating themselves for having guessed correctly the exact amount which allowed the deal to be concluded immediately, they are going to be suspicious that I have tricked them into not achieving a better deal. It is quite likely, therefore, that they are going to come up with a pretext to abort the negotiation.