Dickens meets I, Robot in this sci-fi retelling of a classic story. 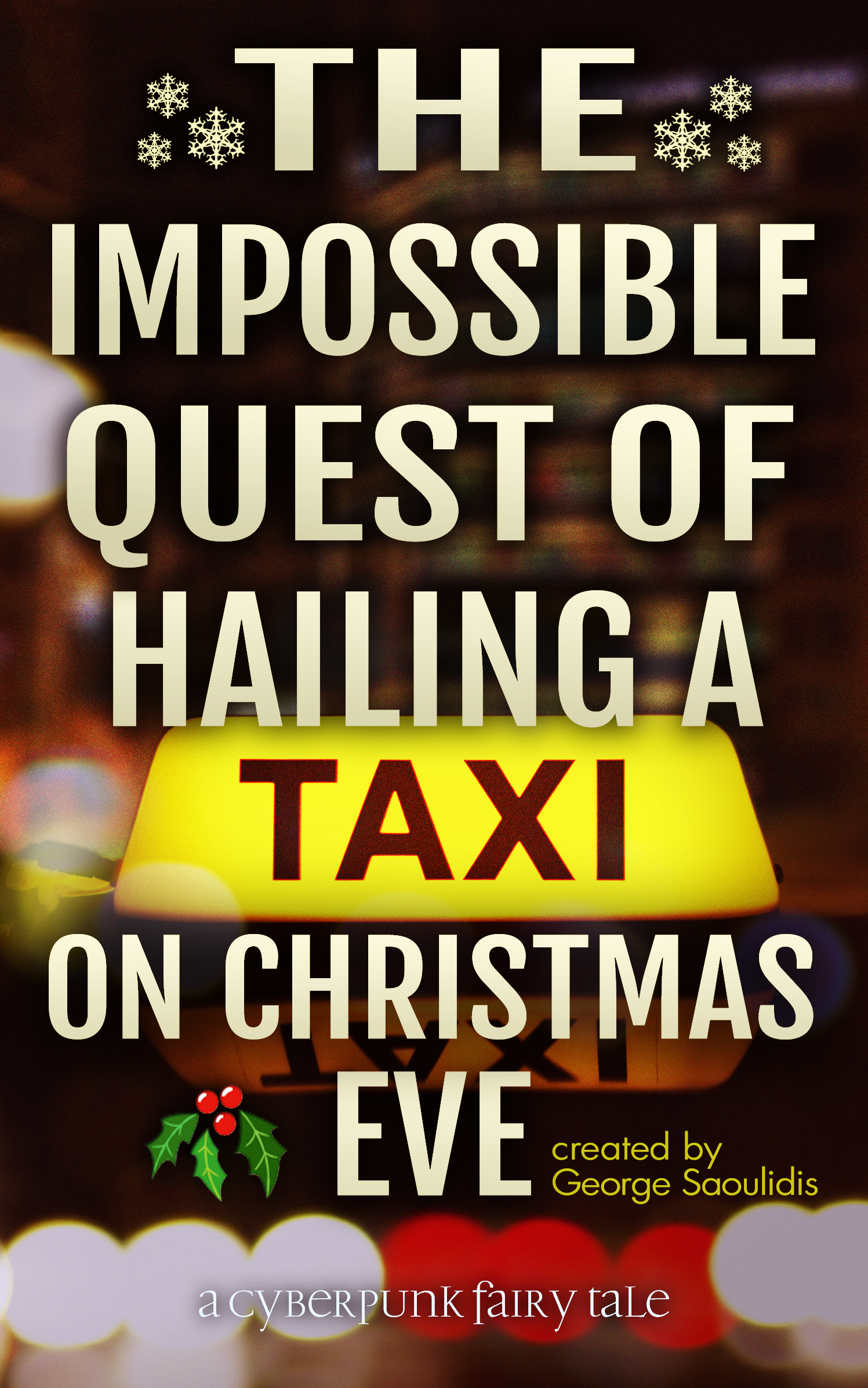 Scrooge Is Looking For A Taxi

Dickens meets I, Robot in this sci-fi retelling of a classic story.

In this modern retelling of Charles Dickens' "A Christmas Carol," Scrooge is looking for a taxi to get home on Christmas Eve. But he will get the ride of his life, as he is walked through his past, his present and his future to end up a changed man.

Set in modern day Athens, this science-fiction version of the classic ghost story is guaranteed to bring shivers down your spine and a smile to your face.

“It isn't too late for all us Scrooges, and this story did make me see more than the classic.”

“An entertaining, uplifting novella perfect to read during Christmastime.”

“This is a rollicking, hiccup producing, laugh out loud morality play that would make Dickens sit up and take notice. A lot of fun!”

Read more of the Cyberpunk Fairy Tales, a unique twist on the classic stories you grew up with. Sometimes dark and disturbing like the Grimm stories, other times new and relevant to the modern age.

"Marley was dead: to begin with. There is no doubt whatever about that," he read out loud from the first page and then shut the book closed. He exhaled, a puff of frozen breath forming in front of his mouth and said, "And this is supposed to be a fairytale? How morbid."

He held the book in his hands, a real, physical print of "A Christmas Carol" by Charles Dickens. It was only a mass-produced cheap copy but it was vintage enough in this time and age. His late partner had left it on his desk, with a handwritten dedication for him. Scrooge never figured out why.

His name wasn't really Scrooge of course. He was John.

People just called him like that, and the nickname stuck. It was just that every Christmas Eve since his business partner's death on the exact same day, he was reminded of the man. Scrooge didn't have any pictures or anything, just the worn old book in his drawer. He never got to read the thing, it was too dour. He just held it in his hands, feeling the paper, thinking. There's something about the texture of books that appeals to people. The shiny, glossy surfaces of the reading devices nowadays just evoke nothing similar.

Across the freezing office was his assistant, Clara. She was a single mother of one, in her late thirties and needed a new dye of blonde hair. She could have been attractive, if she had managed to get some sleep, enough money to pay her bills and a miracle to lift the worry off her shoulders. She was an accountant, the only employee to Scrooge, and she ended up juggling every single job, manning the phones, doing the accounts, fixing technical issues with the techs, keeping the office livable with a couple of plants.