The Highlander's Curse by Claire Delacroix 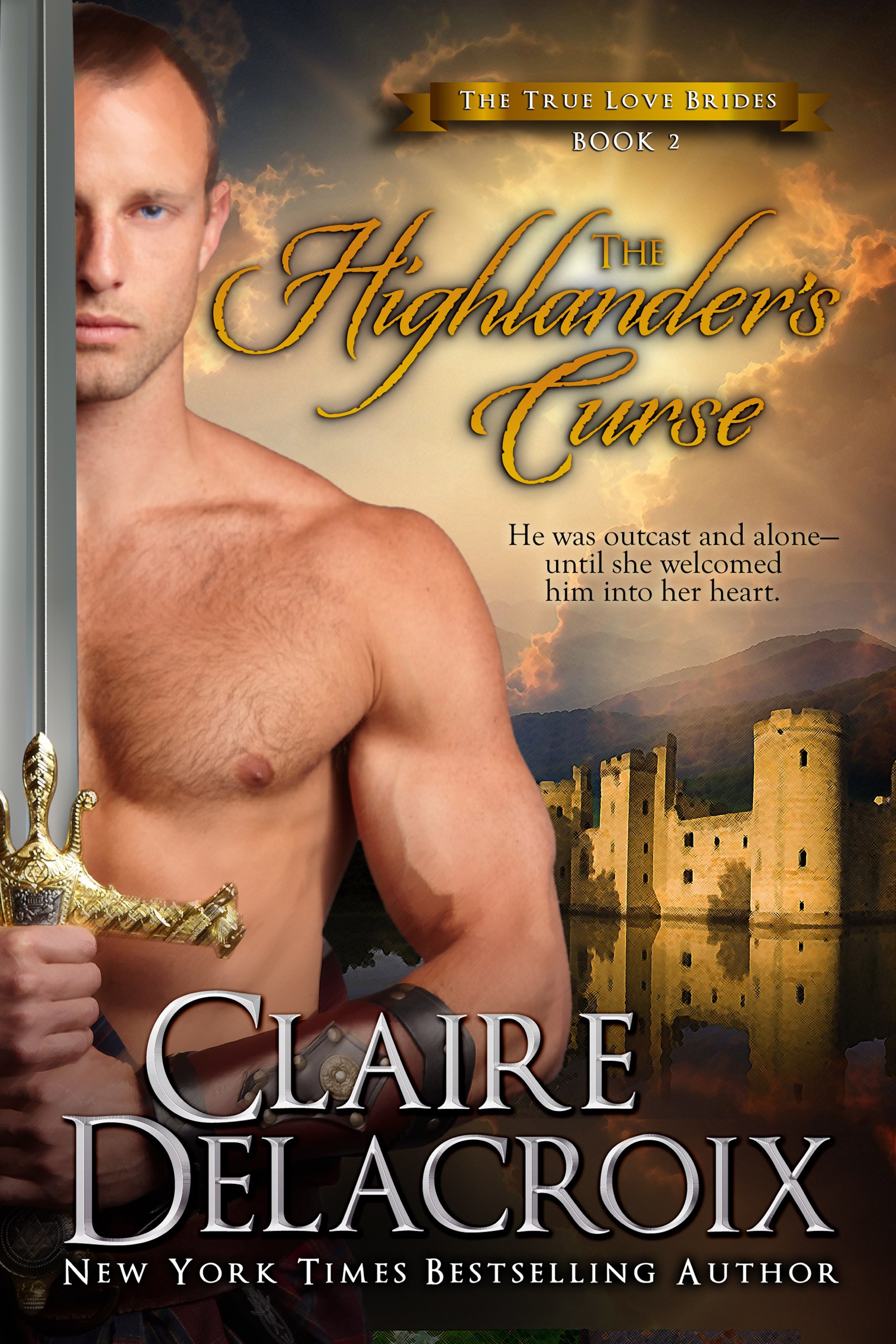 Cheated of his inheritance and burdened by the legacy of his Fae blood, Garrett MacLachlan believes he is doomed to be an outcast forever—until he meets Annelise of Kinfairlie, a gentle maiden with the power to turn his curse to gift. Can Garrett reclaim his stolen legacy with Annelise by his side? If Annelise defies her family to pursue true love, will that be enough to heal Garrett? And even if they triumph over mortal foes, will the Fae demand a price neither of them can pay?


This is the second book in my True Love Brides series of medieval Scottish romances.


Garrett MacLachlan darted through the forest in pursuit of the wolf, not caring that he left all he knew far behind. He had always found peace in the forest, but now he wanted no part of men.

He had been shamed, discredited and denied.

Worse, all those he loved were dead.

He would make his future in the wilderness.

His pursuit of the ravenous wolf suited his foul mood perfectly. The beast had eaten well at the expense of many others, several of them dear to Garrett, and Garrett would see it pay for its crimes. It had led him on a long chase, but soon, the hunt would end.

He had discerned that this wolf was uncommonly elusive. It was larger than most, but moved with astonishing speed. Further, this wolf was silent in the forest and could disappear into shadows, as if it were not truly of this earth or as if it had never been. It was cunning even beyond its fellows.

Even now, he caught only glimpses of it moving ahead, a fleeting shape against the patterned shadows of the leaves.

Garrett would have lost it a hundred times, if not for his curse. It was his awareness of the thoughts of others that gave him an advantage. For once in his life, his legacy had value. Still, he had had to resort to listening to the thoughts of other creatures in the forest to find this wolf. Either his ability was fading or this wolf was wily. Garrett knew which of those choices he would favor.

On this day, Garrett felt the wolf’s acute thirst and guessed its intent.

He was aware the moment it smelled water. He was not surprised when the wolf slipped over the ridge and descended into the hollow between the hills. He heard the bubbling of the water as he crept behind the creature and realized the wolf had found a spring.