The Hidden Lands by Brendan Detzner

Intrigue and danger in a city of outcasts! 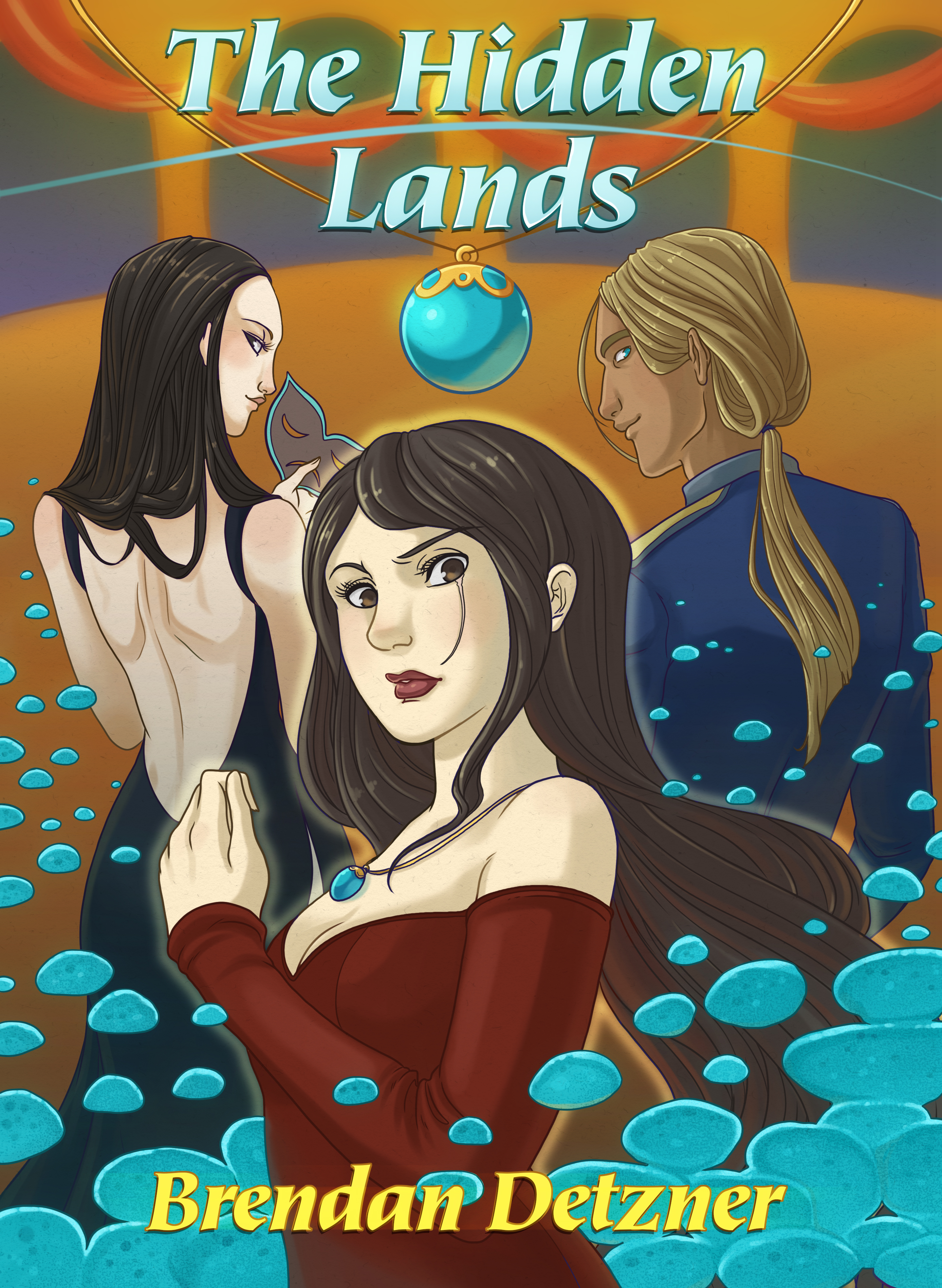 In the aftermath of the Dragot Empire’s failed attack on the Mountain skyport, seventeen year old Amber, former bride of the invasion’s commander and current traitor to the empire, is on the run. Alone and pursued by Dragot assassins, she seeks political asylum in the Hidden Lands, a mysterious and isolated alliance of countries on the far side of the world, and is taken to the Embassy District, a refuge for political criminals, abandoned spies, and lost souls from every corner of the earth. Everyone has an agenda and no one is who they appear to be. Amber must figure out who to trust quickly, or the shadows of her new home will swallow her whole.


Sales have been very slow for this series so far, but I'm planning on a big promotional push for the fourth book coming out in early November that I hope will boost sales for the earlier installments.

From the time she first left home to the time she abandoned her husband, Amber felt free exactly once. It was when she was still attending boarding school. She was twelve. They’d gone on a trip to the capital city, and their usual teacher and chaperone had fallen ill and stayed at the hotel, leaving only her younger subordinate in charge of seven girls. When the museum they'd been scheduled to visit closed unexpectedly, the substitute brought the girls to a nearby penny arcade, gave them each a handful of coins, and told them to spend the afternoon as they pleased.

It was an enormous breach on the substitute's part; she disappeared after it became known what she’d done, and if she was lucky she'd only gotten fired. But that was the furthest thing from Amber's mind at the time. Walking through the dark corridors of the arcade, surrounded by flashing lights and ringing bells and smoke and strange people, Amber had felt like she might be falling or flying, depending on which way the world had been turned.

The first machine she dared to approach was the only one she had a clear memory of now. It had been called "Pilgrimage of a Whore”. The name had been written in black on a red cloth banner hanging over the machine. She'd put a coin in the slot, turned a crank over and over again until something clicked, and stepped back. The curtain surrounding the glass box on top of the machine was pulled away in a halting, uneven motion, revealing a set of overlapping paper puppets and backdrops that rotated into and out of sight, telling the story. It was nothing she hadn't heard before— a naive girl disobeys her parents, gets in trouble in the big city, and flees to the Hidden Lands, only for devils with pitchforks to seize her and drag her to hell upon her arrival.