The Greek Tragedy by Angelos Ioannis 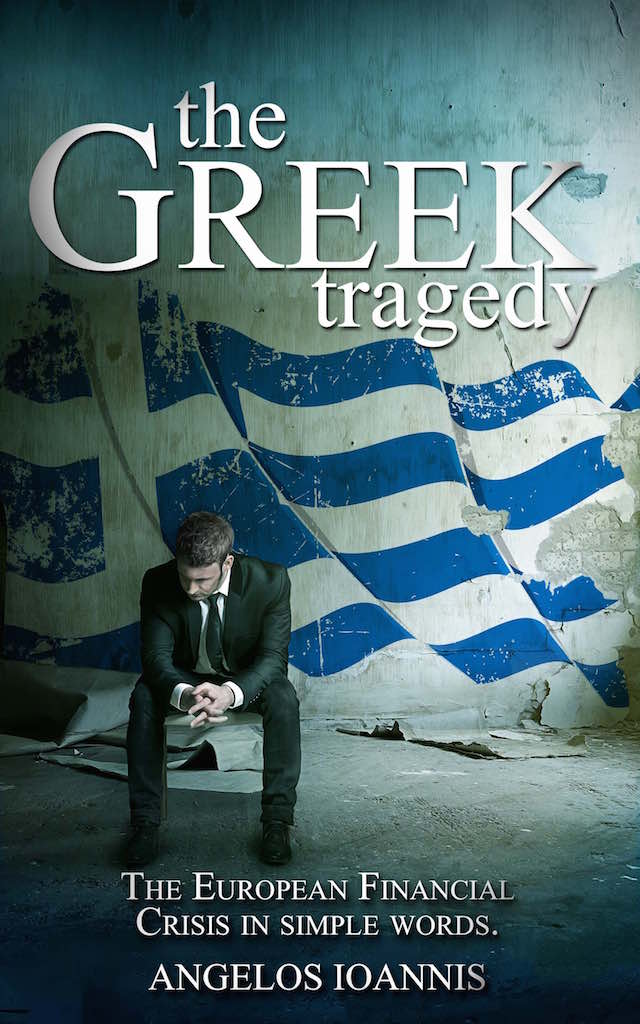 At the onset of the Greek crisis, Manos, a successful middle-aged businessman, loses his job. Without employment opportunities and in serious debts he retreats  into a small sea-side town near Athens in what used to be his family's summer house.

Sitting on his balcony one morning he looks at the bright blue sky and the crystal clear sea. He wonders why he is feeling desperate in such beautiful surroundings. He wonders why his country, full of resources and qualified people, is in despair too. What brought Greece to its knees? He is not satisfied with the answers he receives from the media. Going out of his house he meets several people such as a baker, a priest and a British retired banker, who all have their own explanation.

Based on a true story, this book follows one day in Manos's life to shed light on post-crisis life in Greece and the real reasons behind the Greek debt. In easy words it explains the structure of the current financial system and the European integration. It eventually shows what really caused the crisis, first in Greece and then in Europe. Can Greece survive the crisis? Is there a solution for Europe?


The book is just published


Captain Yorgos pulled a newspaper out of the drawer. The title of the article he was pointing at said: "Troika threatens to block further financing of Greece upon disagreement on milk, yogurt and olive oil regulation".

Reading the article I understood that the European Union funding commission (Troika) refused to release the planned funding of 8,3 billion Euros in 2014, unless the government agreed to make changes in the food legislation concerning milk, yogurt and olive oil. According to the article, milk in Greece can only be labeled "fresh", if it has a shelf life of up to five days. This raises the price of milk since it has to be returned to milk factories for reprocessing after five days. Reading the article further, it was stated that OECD had calculated that abolishing this regulation would result to a 10% decrease in the price of milk since "retailers will be able to import cheaper final product from abroad, thus adding more competitive pressure to the market."[i] The same source stated "on the negative side, intensifying competition will make it very hard for inefficient small local farms to operate under their current business model". Deregulation would mean that the term "fresh milk" would be used in pasteurized milk with a shelf life of more than five days. The gain of this deregulation was calculated to be 33 million Euros per year.