The Great Succession Crisis by Laurel A. Rockefeller 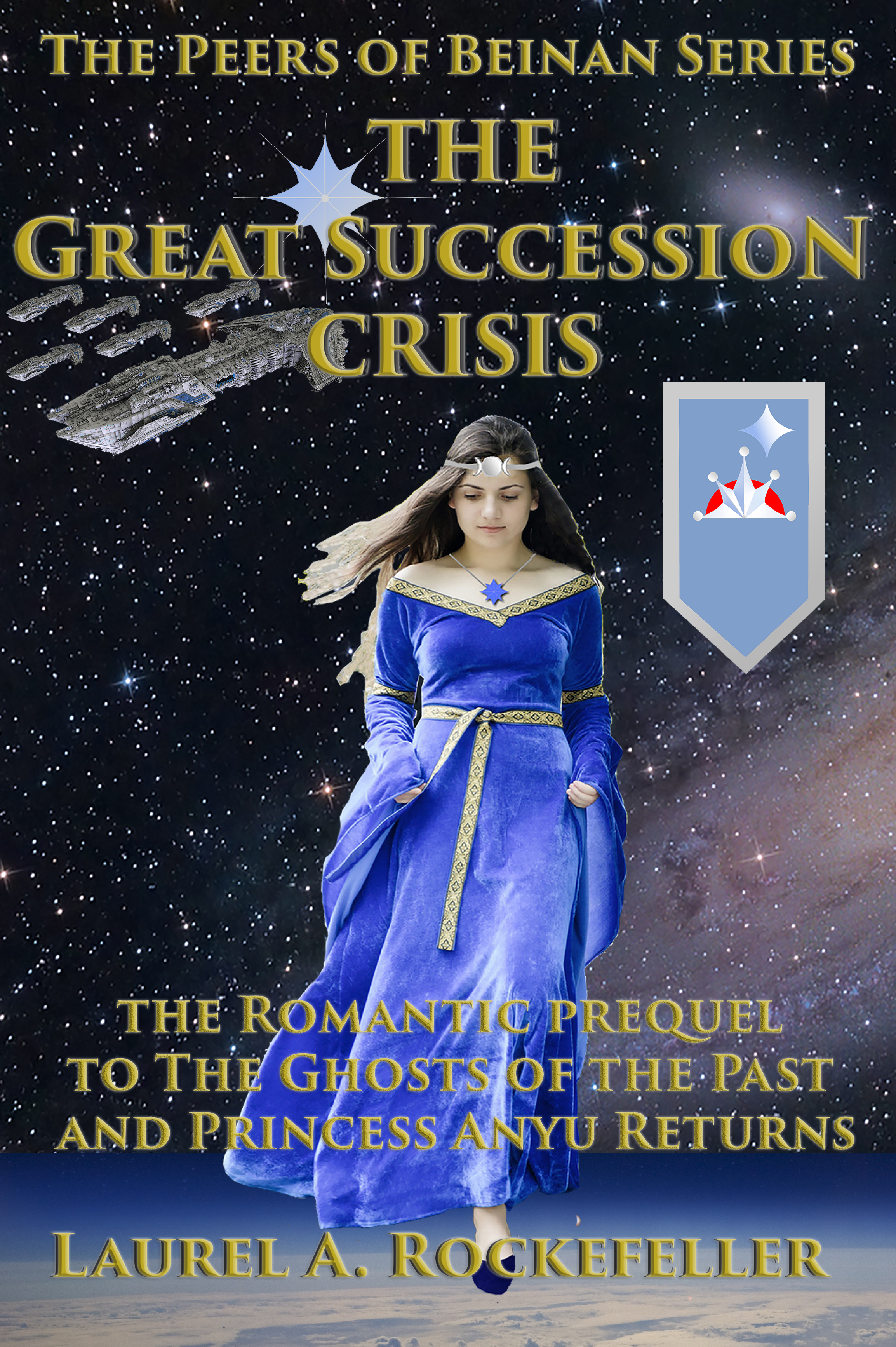 Squire Corann fell in love with Princess Anlei almost from the moment he first saw her.  Cold, dutiful, and determined to not follow her grandmother's footsteps as high priestess, Anlei barely knew he existed. Corann was her grandmother's protégé and that was quite enough to make her dislike him.  That is until a fateful ruling by the Great Council puts her in the middle of the Great Succession Crisis. With her life on the line, will she learn to trust the man who loves her or will she fall prey to enemies only interested in seizing power for themselves?


“You must get up your highness.”  RK6 hovered nervously around the modest bed provided to Princess Anlei in the student quarters in the monastery.  Comfortable, but very modest, she was put in a two person dormitory with two beds, one each on opposite sides of the wall.  In the other bed laid Lord Corann who was already dressed.  With his vows made as protector to the princess, his belongings had been transferred to Anlei’s room.  He was officially a royal servant now and Anlei’s aide in particular.  RK6 might be the perfect political droid skilled at helping the princess with managing the court, of, course, serving as her constant lady in waiting, but as such, she was strictly civilian and incapable of keeping the princess out of danger like the young knight of Ten-ar.  RK6’s programming, of course, saw Corann as both an asset and a political inconvenience.  A man sleeping so close to her highness?  This was scandalous.  A female protector would have been far better.  At least then the court would not gossip regarding the princess’s chastity.

While RK6 hovered and fretted, Anlei did her best to ignore the droid.  Why should she actually get up, even if the damn droid was making too much noise to keep sleeping?  Half asleep Anlei decided to pretend she heard nothing.

But Corann suspected the truth from across the room. Perhaps the beautiful Anlei needed an incentive to wake up.  Perhaps, if she were attracted to him, a bit of flirtation might be enough to convince her. Motioning to RK6 to be quiet, he slowly crept to her side of the room.  Slowly, deliberately, carefully, he moved just enough of his body over her to hover over her without touching her at all – until with a feather’s touch his lips lightly brushed hers softly, just barely at first, then more fully into a complete kiss.

Collection/Series:
The Peers of Beinan