A young crow embarks on an epic adventure to uncover the truth about a species in peril, finding love and earning his father's respect along the way. 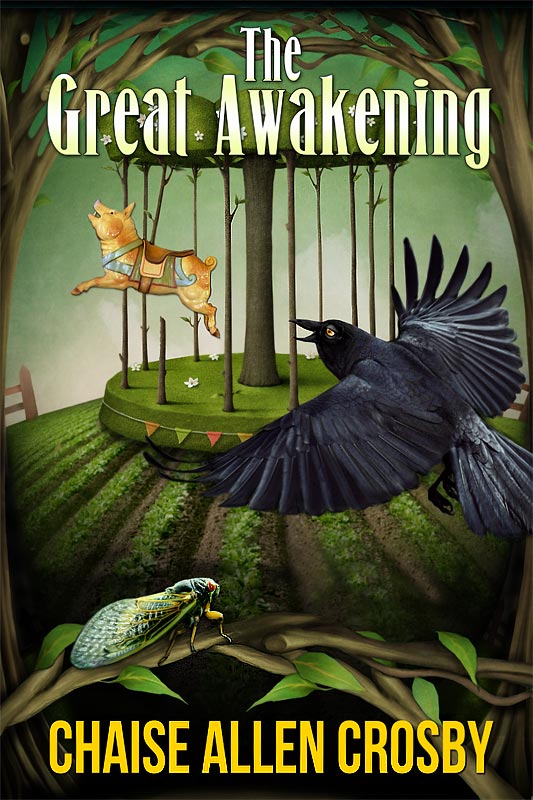 Cal, a scout in the Avion Guard, struggles to meet the expectations of his father, who happens to be his commanding officer. Assigned to protect the wise and respected emerging cicadas of The Great Southern Brood, they encounter a crisis of great magnitude that sends father and son on an unexpected journey. Along the way their eyes are opened by new friends to unsettling knowledge that prompts them to risk their lives in an effort to save an entire species.


This book has had several thousand downloads. Currently (July 2016) ranked #18 in Children's eBook chapter books and #29 in Action & Adventure eBooks on Amazon. Transitioning book from free to paid sales.


Suddenly, Cal noticed a pair of headlights. One of the farmers was driving a large truck towards the gate. If he made it to the entrance, many of the animals would be trapped.

Cal’s dad again flew into the middle of the flock and crowed orders.

About forty birds abandoned their previous job just long enough to complete this new task. A mass of droppings rained down onto the truck, covering the windshield. Blinded and stupefied, the driver inadvertently steered the truck into the fence.

The cat was observing the action from the top of a nearby shed. “Hey! Watch it; I don’t want my pets hurt!”

In the distance, a separate set of headlights attracted Cal’s attention beyond the front gate. Then another and another. The humans must have called for backup.

“Dad! Colonel! More people are on the way; we can’t hold them off if they’re armed!”

The flow of pigs escaping from the building slowed to a trickle and the squirrels were now starting to come out. The building must be nearly empty now. Cal wasn’t sure where his dad had flown to but he couldn’t risk any more lives.

“Retreat! Return to the farm!”

His mind, already overwhelmed by the action, rolled as he finally found his father. The Colonel was attempting to free one of his fellow crows from the grasp of one of the humans when the farmer hit the Colonel with the butt of his gun. The last thing Cal saw before he cried out in anger was the image of his dad falling to the ground.