She enchanted him with a kiss—but winning her love would demand all he possessed. 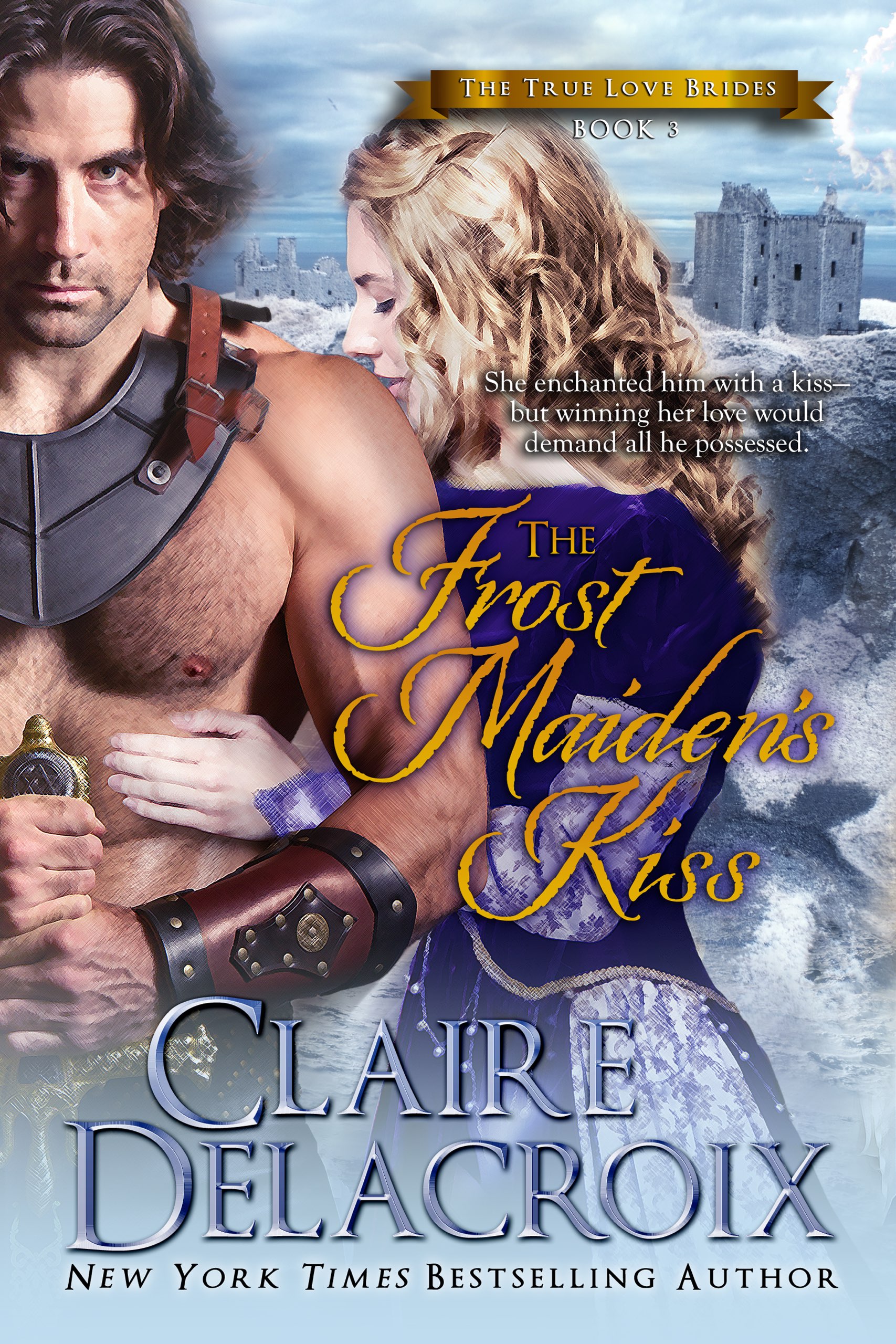 After eight years abroad, Malcolm returns to Scotland with a fortune, a companion even more hardened than he and a determination to restore his inherited holding. But when that companion falls into peril, Malcolm seizes the chance to repay an old debt, trading his own soul for that of his doomed comrade. Knowing his days are limited and determined to leave a legacy of merit, Malcolm rebuilds Ravensmuir with all haste, though he fears he will never have an heir.

A night of violence has left Catriona with no home and no faith in the honor of men. She expects little good from a visit to her lady’s brother, Laird of Ravensmuir, a known mercenary. But the handsome laird challenges her expectations with his courtesy, his allure—and his unexpected proposal. Knowing it is her sole chance to ensure her child’s future, Catriona dares to accept Malcolm’s hand. She soon realizes that this warrior fights a battle of his own and that she holds the key to his salvation. Little does she realize her past is in hot pursuit, seeking to destroy all she holds dear—including the laird who has thawed the frost of her reluctant heart.


This is the third book in my True Love Brides series of medieval Scottish romances. Since the books must be read in order, please offer for The Renegade's Bride first.


“Tell me that it does not get colder,” Rafael said, his tone grim. Malcolm and his companion had just entered the forests outside of Kinfairlie, and the tree branches hung thickly with ice. Snow was falling with purpose but at least the forest gave shelter from the biting wind. Malcolm had never seen such a storm, but he doubted his companion would believe as much.

It was not ideal weather for a homecoming, although Malcolm felt the weather echoed his own mood. He felt cold himself, chilled by what he had done to fill his bags with gold and silver. The wind and snow swirled around them obscuring the landscape from view, and he acknowledged that he felt lost.

Kinfairlie. He was within moments of home. As much as he wanted to see his family, he did not want to face his older brother’s censure. There would be disapproval, even more of it than before. Alexander had been displeased when Malcolm had chosen the life of a mercenary over his inheritance of Ravensmuir: that brother would be disgusted to learn how much blood stained Malcolm’s blade now.

“I am chilled to my very marrow,” Rafael complained. “I cannot even feel my toes. Have you not heard of the marvel known as fire in this remote place?” The mercenary cast a glance around himself and his disgust would have been comical if Malcolm’s mood had been lighter. “It would not surprise me, as evidently the inhabitants here are unfamiliar with the sun.”

It was falling dark early, far earlier than had been their experience on the continent. Rafael was from the south of Spain, his skin a rich golden hue from the sun’s caress, his eyes and hair of darkest brown. His teeth flashed when he smiled, which was usually after the death of an enemy. Rafael was better as friend than foe, the perfect warrior to have at one’s back, and his bitterness made Malcolm feel a little less cold himself.