The last book in the she's the billionaire series. 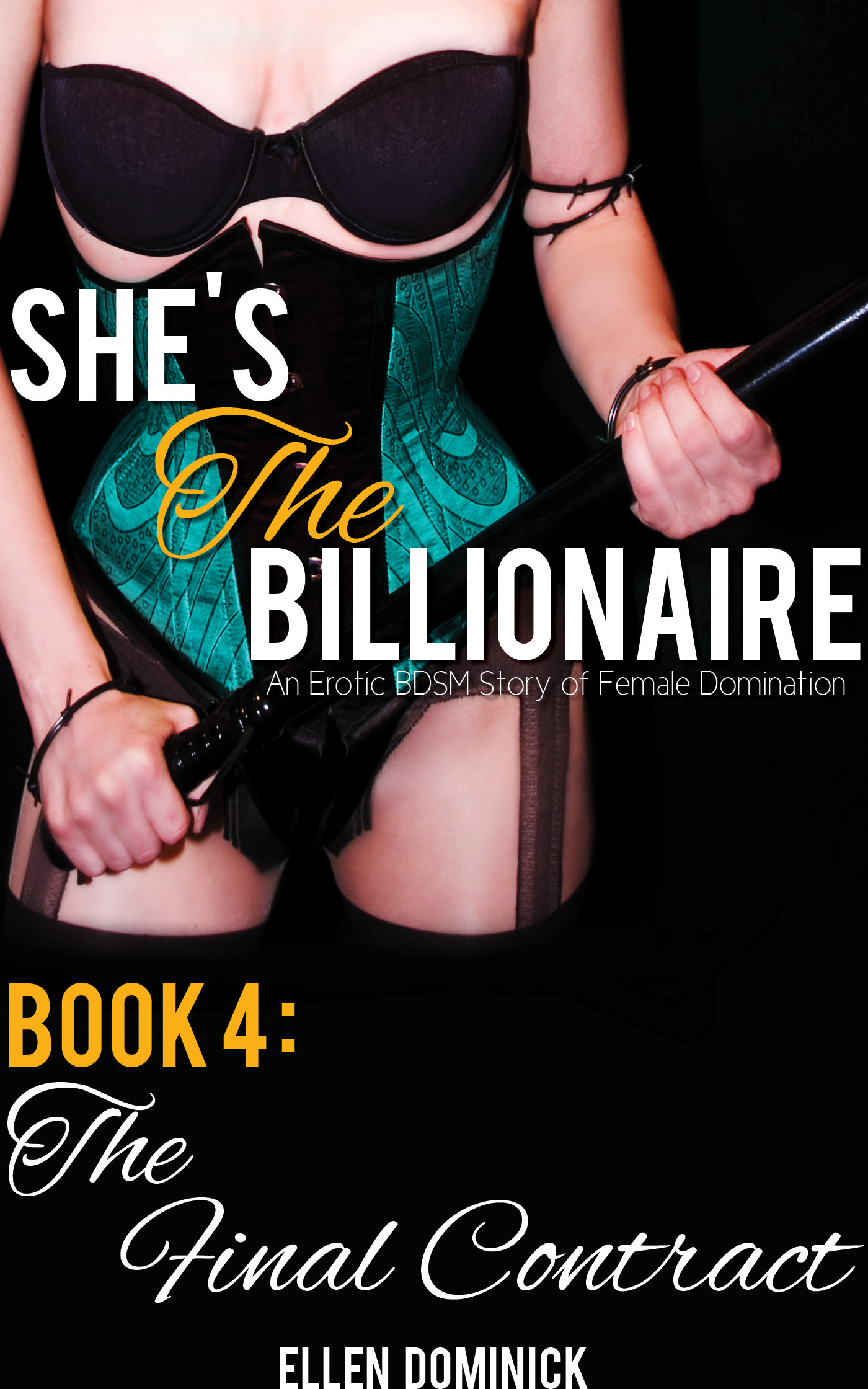 It's been a long time since young Lawyer, Richard Holder, has heard from his ex-Domme, Christianne Baker. But she surprises him one day with a new offer that he just can't refuse. What tricks has she got up her sleeve, and what will Richard have to do to get it? Richard is bound, spanked, and taken by Baker In more ways than he can possibly imagine. But how will this Domme-Sub relationship end?


The letter was unexpected.

It came in the mailbox with its thick grey envelope, no return address, and the faint smell of perfume lingering on the paper. Jessie picked it up with the rest of the mail as she was entering Richard’s apartment and threw it in front of his face.

“And who is this from?” she asked.

“I don’t know, it has no return address,” Richard said. He barely looked at it, concentrating on the TV in front of him.

“It smells like perfume. Is it a woman? Is that why you won’t marry me?”

“Not everything is about you, Jessie. It’s probably just some kind of misunderstanding.”

“What kind of misunderstanding writes your name in calligraphic script?” Jessie yelled.

She stormed out of the living room. Richard waited, pretending that he was watching a reality show, until he heard the front door slam and a car screech out of the driveway. Richard only picked up the letter when he was sure Jessie was gone.

He held the paper in his hands, gently pinching it between his fingertips like it might break. Could it be her? He recognized those big swooping letters from the contract Baker had written for him. Even after all this time.

How long had it been now? Richard looked over his memories, trying to put the story together. It was so strange that it seemed like it couldn’t ever have actually happened.