The automatic writings of the Welsh 'Happy Medium', Colin Jones 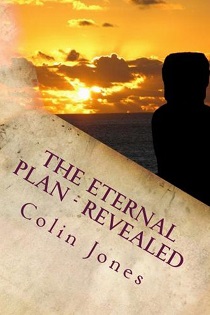 The man, the entity, as I have learned to describe him, whom I have known as my father for all of my life, is Colin Jones. He gave me a few carrier bags in 1999 and asked me to read the contents and to write a book on it, if I could.

At that time, I could not and time did not seem pressing so I put the bags in my safe at home. He passed away a few years later on his 72 birthday, the 21st February.

I, and all of our family were devastated, but I did nothing about ‘his papers’. I had no idea what to do.

I moved abroad and wrote a novel. That took five years, although it is still unpublished. In 2011, I started a new venture publishing ebooks that I had written myself.

The courage to write these ebooks had come from writing the first book. I looked for ways to circumvent traditional publishing and came across Amazon’s Kindle.

It took me a long time, but I think that I was guided by Spirit, although I was a slow learner.

My Dad, Colin Jones, would never have said that these writings are his own. Rather he would say that he was inspired, in the true sense of the word. People told him what to write.

All of our family witnessed this over five or six decades. Sometimes, Dad would be sitting with us watching TV, but Dad’s eyes would be shut and he would be writing the pieces that you see in this ebook. He did automatic drawings too.

My brothers and I are very privileged to have been born with such a person, but as with most instances with parents, we realised it too late.

I hope that you enjoy this book. I will expand it in later editions.

One last point, my father’s mother, Lavinia Jones, founded a spiritualist church in Barry, South Wales, where we lived and that church on Butrill’s Road is still running to this day.

PS: ‘The Lady’ in this book (usually capital ‘L’) refers to my mother, Marion Rose.


The Eternal Plan has too often taken a place on the back-burner in my marketing strategy, although I do still actively promote it. I also want to make an extra effort to get it 'out there'.

Despite this, the booklet has been well received, and I expect it to do even better in the near future, as it is truly enlightening.

A sleeping hour, a moment’s peace

Beyond the depth, of finite mind,

To comprehend power of cosmic kind.

A few bland words, to mask the fact

That learned men, however packed

With words sublime and knowledge pure

Are far from knowing the Cosmic score.

They see with eyes, the earthly trend,

The path of life they slowly wend

Unknown to them the Holy Breath

Throughout their days the fear of Death.

They cannot teach what isn’t known

Their pupils age, but have not grown

Yet hope eternal springs, for man

May yet accept the Eternal Plan.