Ryan Lock and his partner turn bounty hunter as they head into Mexico to track a violent rapist who is fleeing justice. 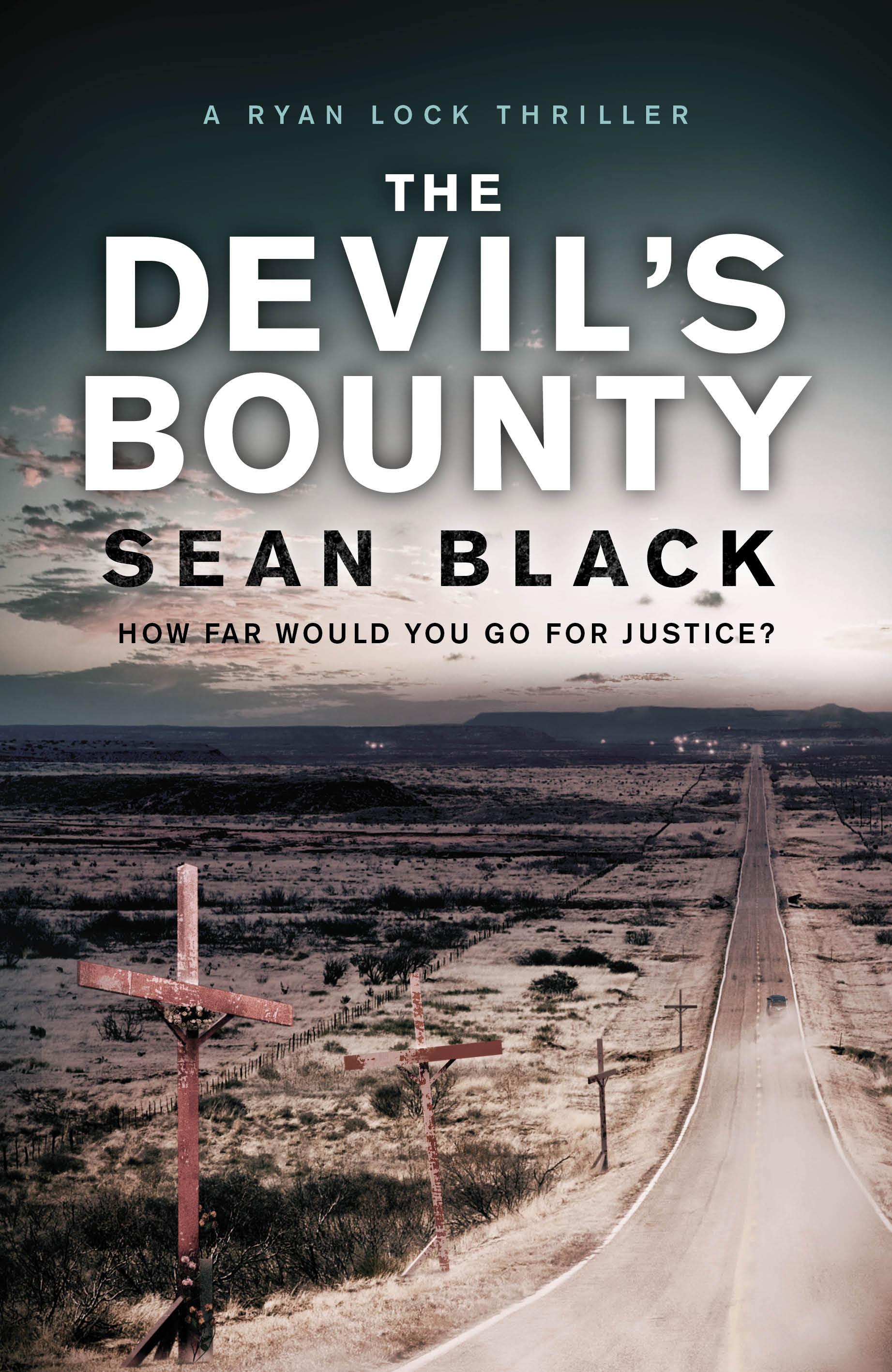 The Devil's Bounty - How far would you go for justice?
Convicted of a series of horrific crimes against female college students in Santa Barbara, wealthy playboy Charlie Mendez has fled across the US border into Mexico.

As one bounty hunter after another meets a grisly end at the hands of the murderous drug cartel Mendez is paying to keep him safe, it seems that this is one fugitive destined to remain beyond the reach of the law.
But Mendez hasn't reckoned with former military bodyguard, Ryan Lock, and his partner, Ty Johnson.


Fourth book in the bestselling Ryan Lock series published in the UK by Bantam/Transworld (who also publish Dan Brown and Lee Child). Has featured on the top 100 at Amazon in the US, and the top 20 at Barnes and Noble. Sales totals available upon request. Russian rights already sold.


In his line of work, Ryan Lock was constantly vigilant for two things. The first was the absence of the normal: a security guard missing from his post, a blank corner of an office, which had previously housed a security camera, a silent junkyard normally patrolled by a bad-tempered Dobermann. The second was the presence of the abnormal, something strange and out of place: an unfamiliar car appearing outside a school at pick-up time or a newly installed manhole cover on a parade route.

That evening, as he scanned the crowded hotel lobby, which was filled with revelers attending the after-show party for his latest clients, a double-platinum rap group called Triple-C, Lock spotted something that fell, most definitely, into the second category. Unnoticed by the rest of the partygoers, a young woman stepped gingerly from the barrel of the gleaming gold revolving door into the hotel lobby, and stopped, eyes darting around, searching someone out.

In and of itself, her arrival was hardly worthy of note. The defining feature of Triple-C’s after-parties was the number of young women in attendance. They tended, he had noted, to outnumber the men by at least six to one. But no one looked even vaguely like the young woman walking through the press of bodies towards him.