The Death of Justice by michael obrien

Autobiography Wrongful conviction in the uk 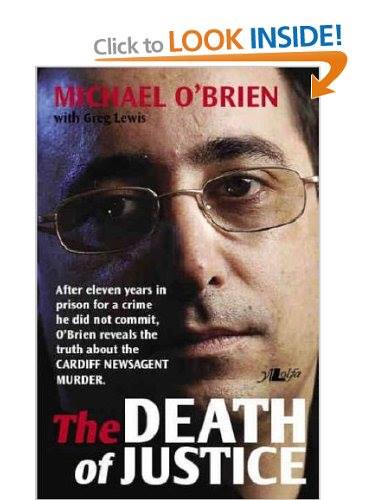 Michael O'Brien was imprisoned for eleven years for a crime he didn't commit - the Cardiff Newsagent Murder. in this book he reveals all about the police incompetence and scapegoating which landed him as an innocent man in prison. It also tells of his tooth-and-nail fight through the highest courts, not only to get himself free, but to gain the highest compensation payout of its kind. While in prison, Michael lost not only his freedom but everything he'd ever had, including his wife, his child, and even his health. But he did gain something from his time inside: a self-taught knowledge of Law, and a burning desire to help others fight for justice. On his release he joined forces with another miscarriage of justice victim, Paddy Joe Hill, a member of the Birmingham Six. They set up MOJO (the Miscarriages of Justice Organisation) to help others fight the corrupt British justice system.