The Dark One: Dark Knight by Kathryn Le Veque

True love is never wrong no matter the darkness surrounding it 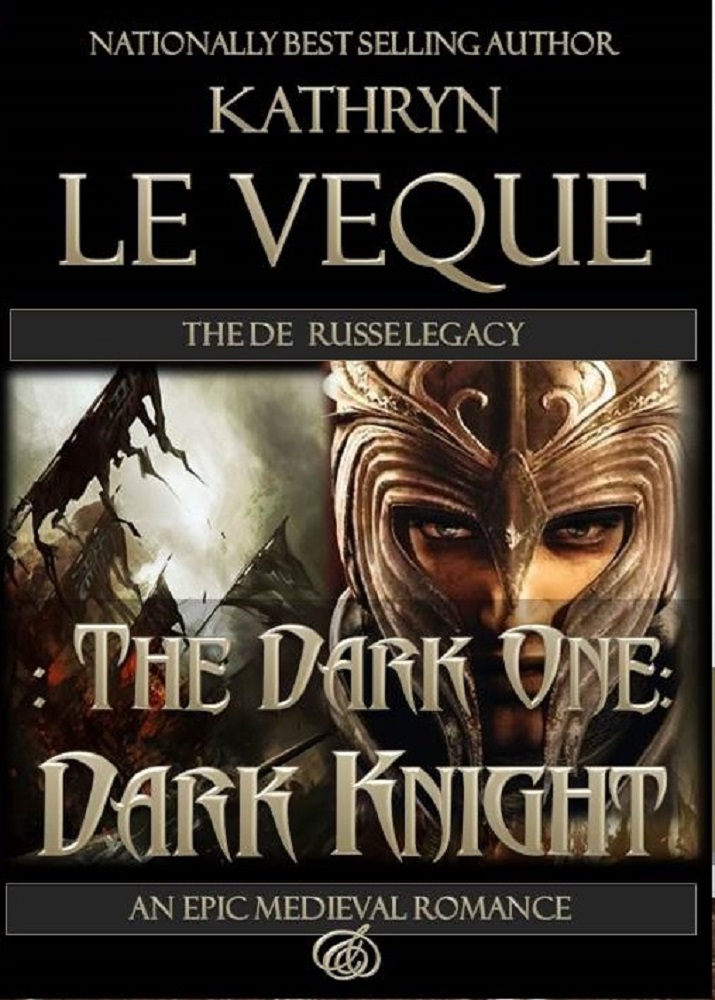 1486 A.D. – Fresh from his treacherous turning of the tides against Richard III in the Battle of Bosworth, Sir Gaston de Russe’s reputation is dark and dirty. Those loyal to Richard hate him and those loyal to Henry Tudor fear him. He is, after all, The Dark One.

In order to gain a strong foothold in Yorkshire, Henry sends Gaston to one of the largest fortresses in the north, a massive bastion called Mt. Holyoak Castle. Having formerly belonged to Sir Guy Stoneley, who is now a prisoner in the White Tower after his capture at Bosworth, the castle is still the home to Guy’s wife, Remington, her three sisters, and her son.

Gaston takes possession of Mt. Holyoak, pleased with his acquisition and intrigued with Lady Stoneley. Beautiful, somewhat shy and demure, Gaston soon comes to find out that Mt. Holyoak harbors a horrible secret of rape and abuse. Guy Stoneley abused his wife and sisters, so much so that the women look to Gaston as their savior for taking Mt. Holyoak from Guy. As Gaston struggles to administer the North and form alliances with those still loyal to Richard, something more is taking place that threatens to distract him from his task. The lure, the power, is more than he can resist.

A strong bond is forming between the knight believed to be the ultimate traitor and the lady who has known nothing but sorrow and horror. And with that realization, a delicate love story begins as two lonely people find solace and comfort with each other. Gaston soon realizes he loves Remington more than anything, which sets the stage for the biggest battle of his life: the fight against the Catholic Church in his quest for an annulment so he can marry her.

Join Gaston and Remington as they embark on an epic adventure of discovery, love, anguish and sorrow, defeat and victory. From the hills of Yorkshire to the halls of London, share their story of a lifetime where dreams become reality and true love really does conquer all.


The Dark One: Dark Knight is an epic Le Veque novel that attained a number one amazon ranking in new releases. As of 10/05/15, the novel's current rankings are as follows:

The Dark One: Dark Knight has an average Amazon star rating of 4.5 out of 5.0 with almost 225 reviews.


The mid-summer sun beat down on the earth with unmerciful force. Indeed, summers in the north central of England could be hot, but this heat was unseemly. If it was human or animal, it was sweating and complaining, and if it were anything else, it was wilting and dying.

But the heat of the summer was the last thing on Remington’s mind. Crystal sea-colored eyes, so pale and clear they were nearly unnatural, gazed from the window of her second story bower, fixed on the road that led from the keep and disappeared on the horizon. Oleg had said a rider was approaching, and she waited with more patience than she felt for the rider to show himself. She prayed with a desperate fervor that it wasn’t her husband.

Sir Guy Stoneley was captured at the conclusion of the battle of Stoke by none other than Henry Tudor himself. Loyalists to Richard III had made a valiant attempt to gain sway the country back into control of Yorkists, planning to set the Earl of Warwick upon the throne, but Henry and his army proved too powerful. The defeat had been overwhelming.

Her husband and other rebels were commandeered by the Tudor and hauled away to London. Last she heard, her husband was locked up in the White Tower. Remington prayed that he would never again see the light of day.

“They would not release him, would they?” came a faint feminine voice. “He is an enemy of the crown.”

Remington tore her eyes away from the window long enough to glance at her sixteen-year-old sister. “Nay, Rory. He’s not been released. The rider is someone else.”