The Curse of the Brimstone Contract by Corrina Lawson

In a Victorian London where magic fuels steam technology, seamstress Joan Krieger is entangled in a murder mystery that only a mysterious consulting detective can solve. 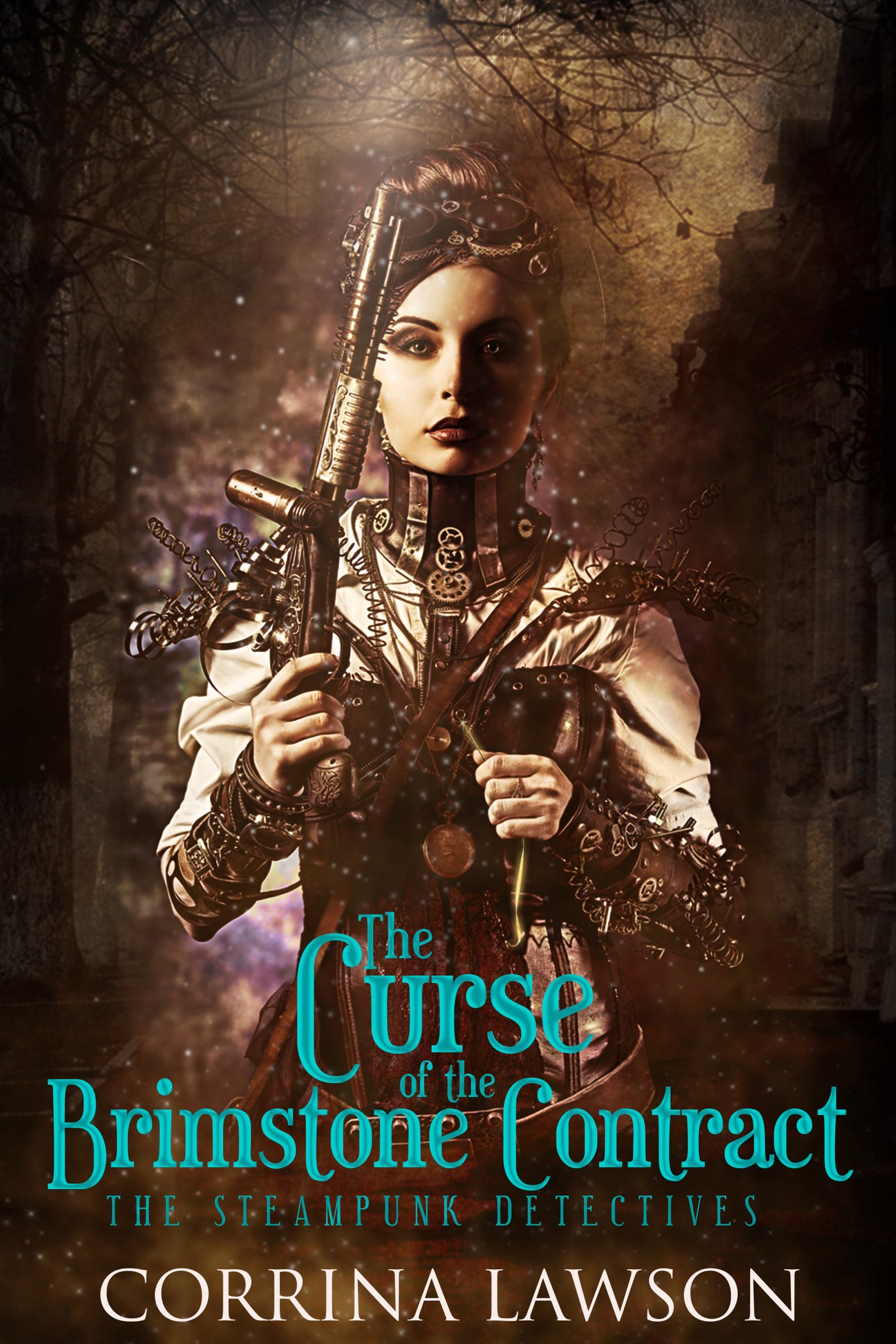 Joan Krieger dreams of revolutionizing fashion for this new, modernized world but a hidden enemy stalks her family's clothing business, turning her dream into a nightmare.

When Joan is a witness to a client being murdered by magic, she turns to the only one who can help: consulting detective Gregor Sherringford. Together, they become a formidable team but their investigation pulls aside a curtain of sorrow and secrets that threaten everything in Joan's life. Only by risking her very soul can Joan uncover the truth, a truth that Gregor fears will destroy her.


This was an Amazon steampunk bestseller when originally released in 2014. I've since republished the book when the rights reverted and it remains a well-reviewed book, though since it's four years old, sales have tapered off. However, it has never been translated from English and I'm hopeful for a new audience.


Joan Krieger had never liked going in the side door. It was necessary, of course. Certainly, no mere seamstress would be greeted at the main entrance and receive the courtesies due a lord or lady.

“Chin up, and be ready to charm the client, dear,” her mother said. “The happier we are about how the clothing looks on her, the happier she will be. You know how much this means to us.”

Her mother did not need to say it out loud. All rested on today’s efforts—both the future of their shop and her dreams of moving beyond their small business to a much higher level.

“Yes, ma’am.” Joan shifted her hands to balance the oversize boxes containing the custom-made clothing. Clothing unlike any seen previously, at least on a woman. Lady Grey had given them carte blanche. Her mother still worried they had gone too far. Joan thought that going too far was the point. Though her mother had not approved, she had not interfered with the idea either, for which Joan was grateful.

The servants’ door to the home opened, and a young woman let them in. The cook’s assistant, Joan remembered and tried to recall her name. She should—this was their second trip. They had measured Lady Grey on the first. But Joan was far better at remembering what people wore than what name to which they answered.

Luckily, her mother remembered and greeted Sally with just the right tone. Not too familiar, not too cold.

They stepped out of the misty morning air and into the mansion. It was warm in the way that only mage-coal homes were warm—a heat that seeped to all the corners, even the servants’ area.