The Candidate's Daughter by Catherine Lea

Two women have twenty-four hours to find a missing child, because in twenty five, she'll be dead. 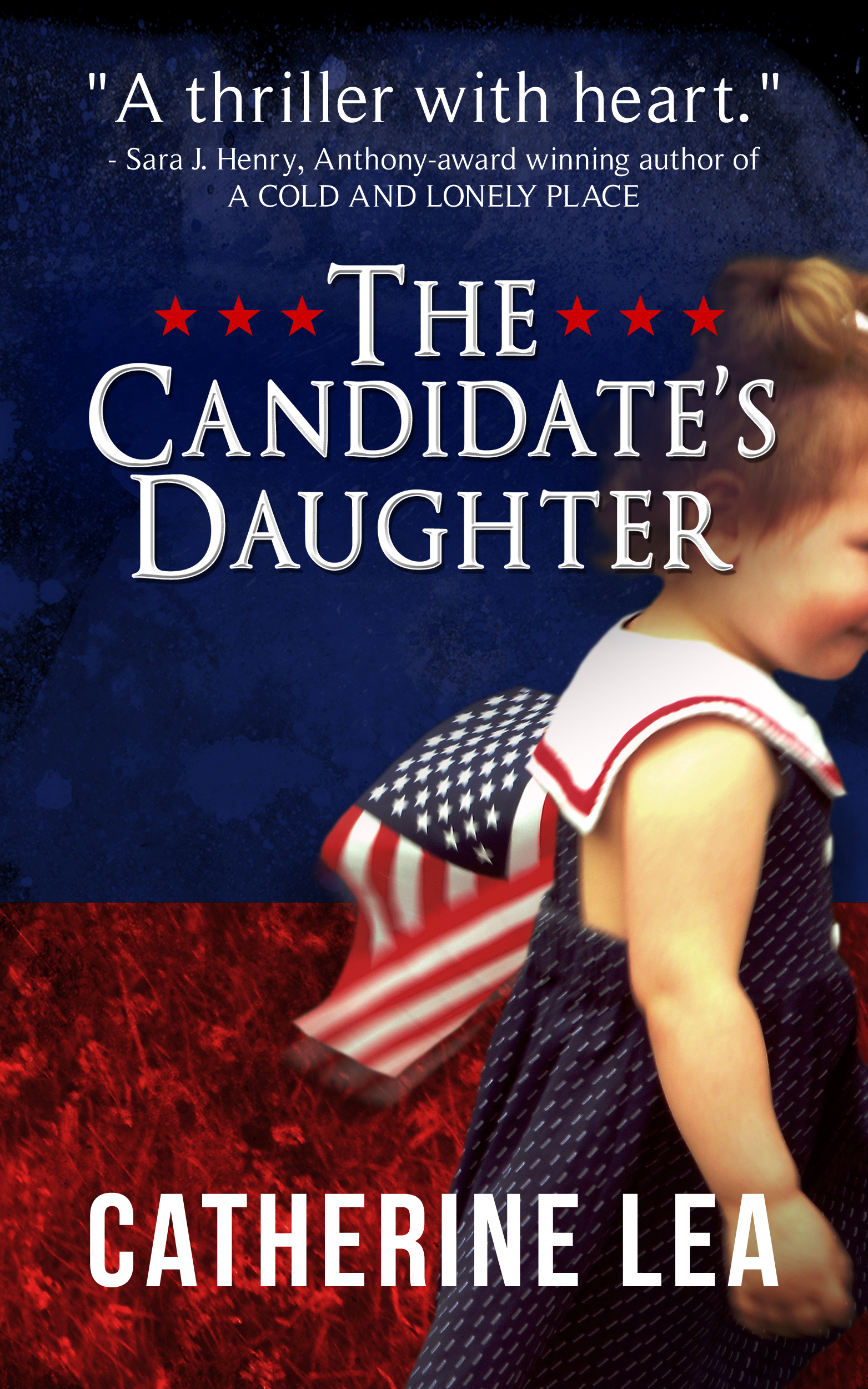 The plan is simple: kidnap the daughter of Senate candidate Richard McClaine, take the money, and run. Nobody gets hurt, the kid goes home alive.

Twenty-two-year-old car thief Kelsey Money thinks it's the worst idea Matt and his drug-fuelled brother have ever come up with. Then she discovers she only knew half the plan. By the time she discovers the rest, she in the frame for murder and six-year-old Holly McClaine won't be found alive.

Across town, Elizabeth McClaine has no idea what her daughter was wearing when she disappered. But when she discovers the detective leading the investigation has already failed one kidnapped child, Elizabeth knows she cannot fail hers.

Now both women have twenty-four hours to find Holly, because in twenty-five, she'll be dead.


The Candidate's Daughter was published in English on Amazon in 2013 and has remained in the top rankings, achieving 238 reviews with an average star rating of 4.2. The book is blurbed by multi-award-winning author, Sara J. Henry.

Six years old. Even from here the kid looked small for her age.

Kelsey lowered the binoculars and squinted off down the street.

“Is that her?” Lionel asked and reached back. Kelsey handed him the binoculars while Matt shifted forward in his seat and rested both arms across the steering wheel, his attention on the child.

They’d been sitting in this junker Camry for half an hour now, freezing their asses off while they waited for school to finish and the last remaining students to leave. November in Cleveland and no functioning heater, the car was an ice-box. The instant Kelsey saw the kid, it was like someone had flicked on a switch. Now all she could feel was heat flashing down her back and sweat prickling under the wig. She adjusted her jacket and loosened her collar, watching the woman and the child exit the Special Children’s Center and make their way to the street.

Matt checked the street front and back. “Not yet. Wait for it …”

Kelsey lifted the binoculars again, leaning forward so she could get a clear view of the kid. Holly McClaine’s mousey brown hair was cut into a bob and secured back from her face with a headband; she wore a windbreaker two sizes too big over a checked pinafore dress, fawn-colored tights and plain brown shoes. Her left hand was on the strap of her Dora the Explorer backpack, her right one in the grip of a woman Kelsey recognized as her teacher, Audrey Patterson. While Holly stared straight ahead, a worried frown creased the teacher’s brow. She pulled the child’s hood up, then turned and shrugged her shoulders against the icy wind, searching the street for a car that was never going to come.