The Boy from the County Hell (Rock Book Vol I) by C. Sean McGee

The end of the world is nigh and only one man can stop the coming apocalypse. 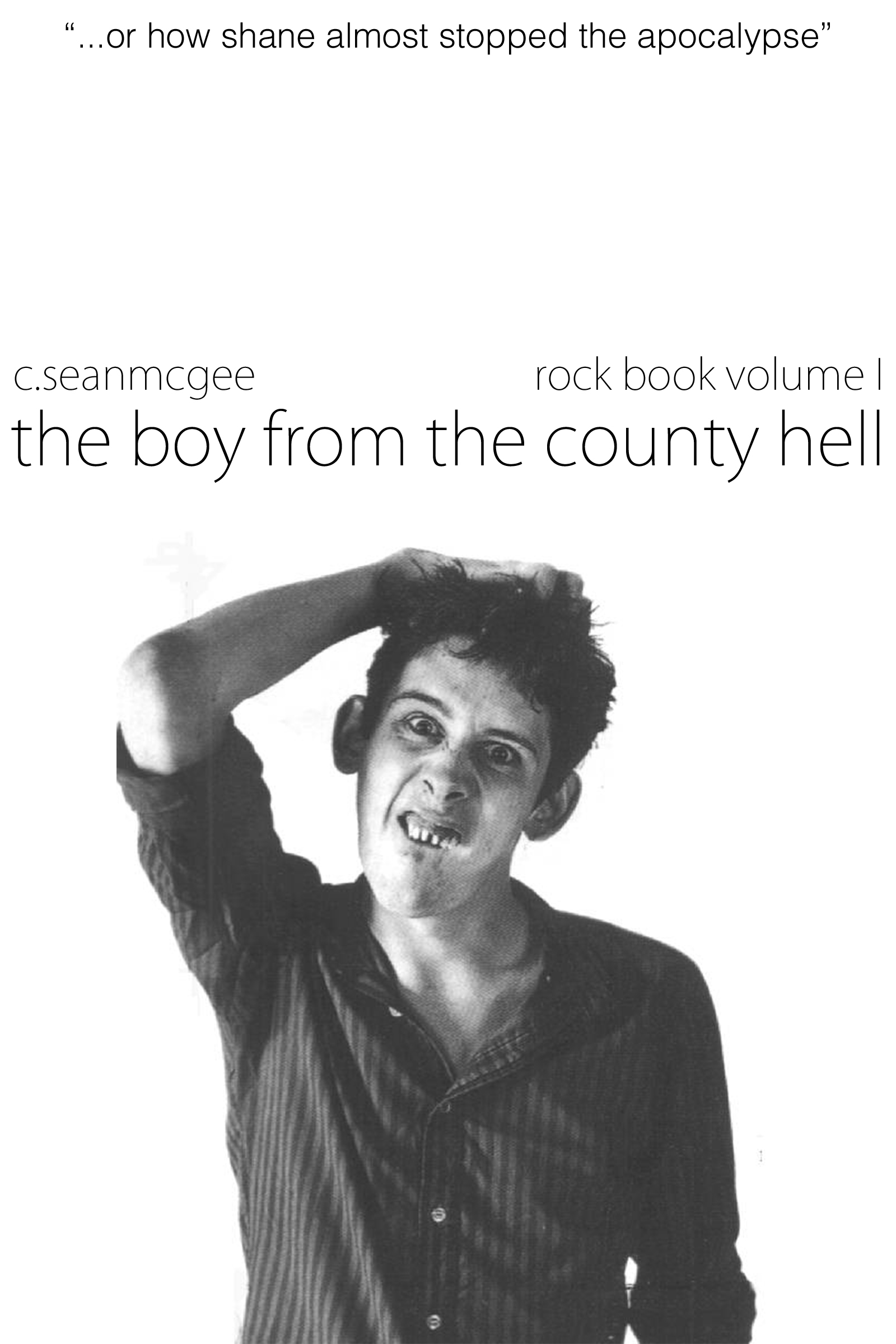 The end of the world is nigh and only one man can stop the coming apocalypse. Shane MacGowan has the ultimate weapon; the greatest song ever written and to save the world, his mammy and Teresa he just has to remember how it feckin goes.


“Some fellas were looking for you earlier Shane. Weren’t Garda. Looked pretty official though. They had badges and all that, fancy coats and odd looking hats. One fella had some terrific looking shades on” said The Barman.

“What did dey want?” asked Shane.

“They were asking about some song. They were acting all secret like. They wanted to know if I heard it” said The Barman.

‘What did ya tell em?” asked Shane.

“The truth. They all sound the feckin same, lots of shoutin and cursin and the like. Hardly the lord’s music” said The Barman.

“And what is da lord’s music den?” asked Shane.

“Bono. He has the world on his shoulders” said The Barman.

“Yeah, by sticking his head up its fucking arse. Jaysus. Sure I hope dat twat lives for a fuckin hundred centuries. I hope he never dies. God help us when he does and you all make a fuckin saint out of him. Ya do realize dat he is to music what Father Brendan Smyth was to da fuckin church” said Shane.

“Watch your mouth boy. Bono is a good man. You look at the good he does in Africa. The place is shining and they’re celebrating Easter now because of him. And what have you done? Inspired a nation of youth to drink till they’re green, piss in their pants and wake up stoned somewhere that they can’t remember for the life of them how the hell they even got there.”

“By doing what? Shouting, cursing, shaming your mother?”