The Billionaire's Kisses by Julie Farrell

This story will fuel your billionaire obsession! It includes hot and steamy sex scenes, orgasms a-plenty, and a handsome man who always gets what he wants. 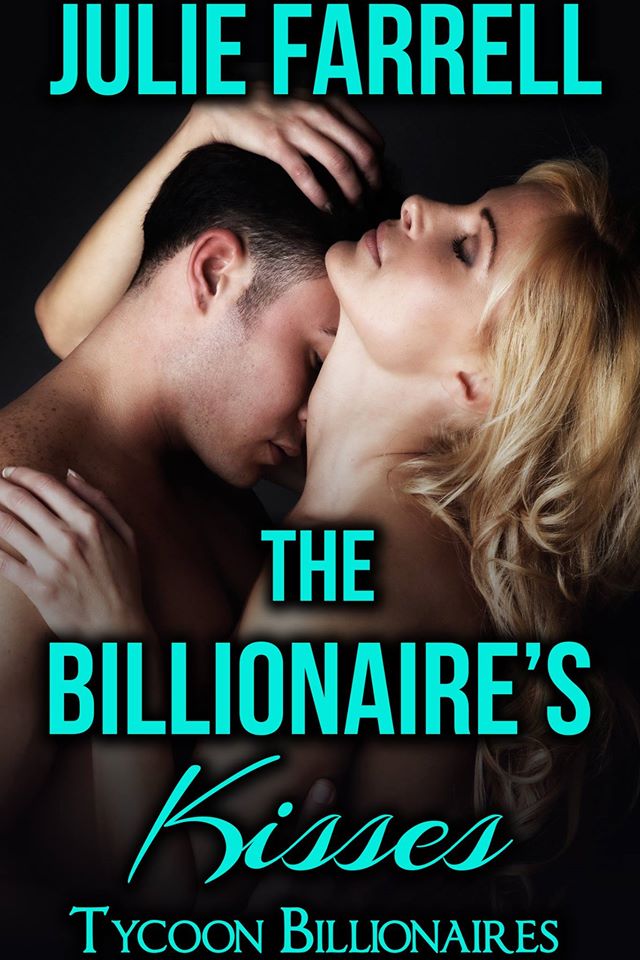 Operations director Amy Carter is a successful London businesswoman with a huge problem - the bullying New York firm Quinlan Brothers is ruthlessly taking over her company - and it’s likely that corporate heads will roll. Amy’s determined to fight for her colleagues, but when she arrives in New York City and meets Adam Quinlan, it becomes clear that he's interested in a more personal level of negotiation.

Billionaire playboy and CEO, Adam Quinlan, always gets what he wants: he’s handsome, confident, and loves to see women climaxing in bed. When the beautiful Amy catches his eye, he makes up his mind that he will seduce her. There’s a problem though: his dead brother’s last request was that he should buy Amy’s company in order to complete the project he was working on. Adam knows lay-offs are likely, but giving Amy what she wants in the bedroom quickly becomes more important to him than agreeing to her demands in the boardroom.

Amy wants more from a man than just mind-blowing, no-strings sex. And she certainly doesn’t want anything from the no-good, double-crossing Adam Quinlan. So why can’t she stop thinking about him, in and out of the bedroom and boardroom? And what’s happening to confirmed billionaire bachelor Adam? Is he really changing his ways and falling in love?

Whatever the reason, Adam Quinlan is about to discover that there are some things money can’t buy...


This is book one in the Tycoon Billionaire Series.


Amy was late. With panic pumping around her body, she dragged her wheeled suitcase towards the elevator of the plush lobby, cursing her pencil-skirt and heels for hindering her haste. So much for arriving in New York early and spending the morning preparing her presentation for the Quinlan brothers. Her flight from London had been delayed last night, and now she was exhausted, anxious, and emotionally fraught. She’d split up with her asshole of a boyfriend two weeks ago – after finding him in a compromising position with his assistant at work. She was still reeling from the shock, and James didn’t seem to want to accept that it was over – he’d been full of heartfelt apologies ever since. But it was too late.

New York buzzed like a panic attack. Right now, all Amy wanted to do was to curl up in bed with a big bar of chocolate, and wallow in reruns of Sex and the City. But instead, she was in the Big Apple feeling lost and alone. The frantic high-speed bustle of Manhattan made her feel insignificant. Apparently this skyscraper had thirty storeys – and that was relatively small.

She halted at the lavish elevator and caught her breath, rehearsing her opening lines for the Quinlan brothers – which would need to begin with an apology for keeping them waiting. The elevator doors swooshed open, and Amy dodged the onslaught of smartly-dressed New Yorkers as they swarmed out like a tsunami of Armani. She stepped to the side, but then dread struck: a man deep in conversation on his phone was pelting towards her – and impact was imminent! Amy jolted and tried to swerve, but her suitcase wheels jammed fast. Shit!