The Assignment by Geraldine Solon

American travel journalist Sophie Matthews is searching for that elusive place called home. Working for Constar Communications has allowed her to see the world and experience different cultures, but the nomadic lifestyle has not enabled her to have much o 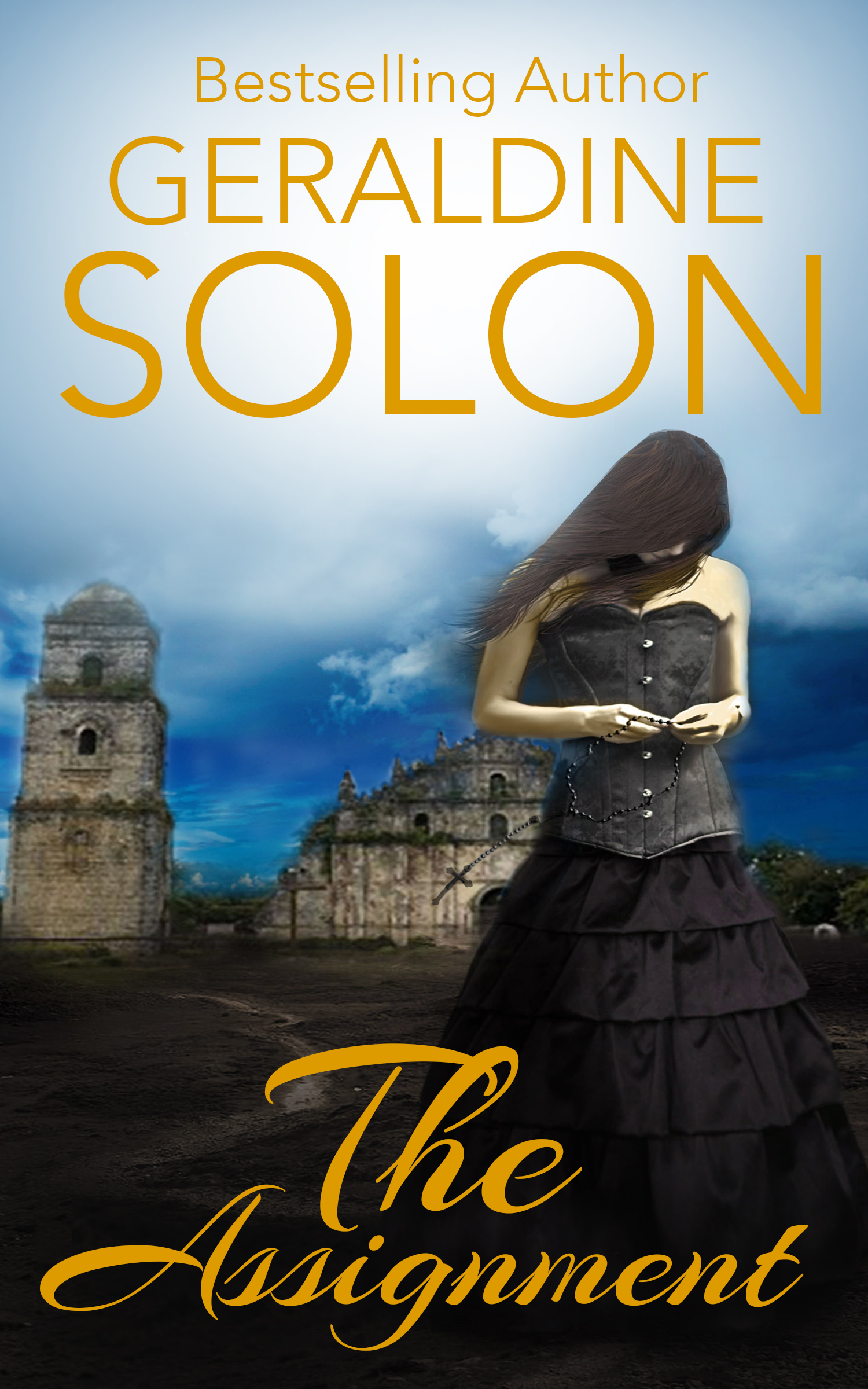 American travel journalist Sophie Matthews is searching for that elusive place called home. Working for Constar Communications has allowed her to see the world and experience different cultures, but the nomadic lifestyle has not enabled her to have much of a personal life. As she approaches her fortieth birthday, Sophie’s priorities shift and she decides to quit her job to pursue a different dream—meeting a man, settling down, and starting a family. Her boss, Greg Sullivan, has one request—that Sophie complete her last assignment featuring the life of artist/writer Marina Suarez.

During World War II, Marina’s entire village was captured by Japanese soldiers leaving Marina as the sole survivor. How she was able to survive the slaughter of her village and family remains a mystery. Sophie is intrigued by the assignment, but hesitant to return to the Philippines, which left her with a broken heart ten years ago at the hands of Eric Santiago, the only man she has ever loved. As fate would have it, Sophie soon finds herself in the busy streets of Manila and crosses paths with Eric Santiago once again. As Sophie tries to unravel the mystery of Marina’s life, she learns that Eric is the only one who can help her put the pieces together. But when she discovers Marina’s deep, dark secret, little does Sophie know that it will change her life forever.


The Assignment made it to Amazon's overall bestseller list and has sold over 5,000 copies. The Assignment won Quarter Finalist for Amazon's Novel Breakthrough Award which is the top 250 among 5,000 applicants.

It rained for the first time in January 1945. I remember that day very well . . . There were explosions everywhere. I was surrounded by dead bodies. The stench of blood made my knees want to buckle, but all I could do was run and that’s what I did. I ran till there were blisters on my feet. I ran till I could no longer breathe. I ran till darkness crept in. It was only when I sat by the tree and closed my eyes that I felt his touch. Looking up, I knew I was gazing into the eyes of my enemy…

A cold shiver ran through Sophie Matthews’ spine as she folded the piece of paper her boss, Greg Sullivan, had given her a week ago—scribbles written by the late top journalist Jack Levine, who had died six months ago from a heart attack. She checked her watch—in an hour they would land on Philippine soil. With barely any sleep, Sophie was still in denial that she would be stationed in Manila again. A place she had vowed never to return.