Backstage drama is more intense than what happens in front of the camera... 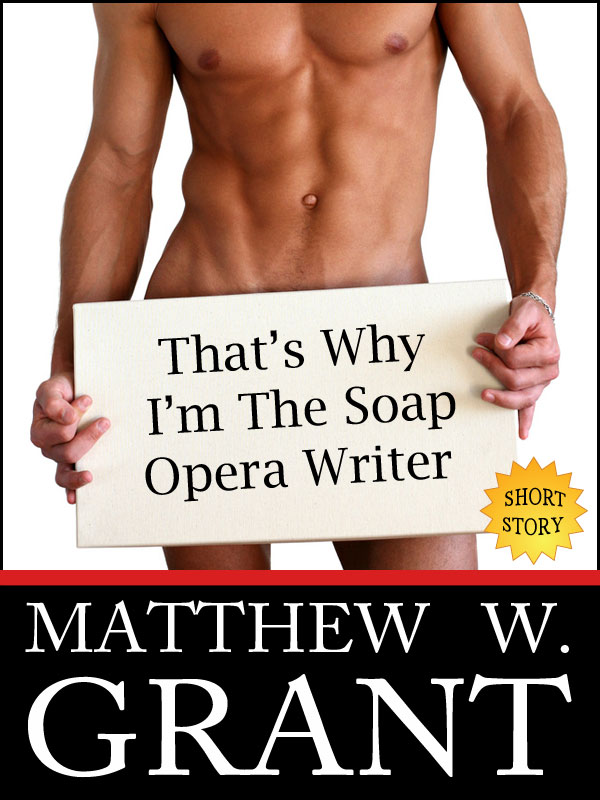 Go behind the scenes of popular soap opera TO LIVE AND LOVE in this humorous short story in which the backstage drama is more intense than what happens in front of the camera.

Follow hopeful actor Robert Schwarzmann in his journey from a small town in Maine to the glitz and glamor lifestyle of daytime television in Hollywood, California. Discover why in an industry in which looks mean everything, nothing is as it seems.

Find out who comes out on top when a dirty cop pulls over a take-no-prisoners bitch on a deserted country road in this bonus short story featuring a crossover storyline with characters from Matthew W. Grant's novels Secrets Of Slaters Falls and Welcome To Northbridge.


He was born Robert Aldous Schwarzmann in the tiny town of Sixwoods, Maine.  By the time he was ten, he knew that everyone in town referred to the place as either Backwoods, Maine or Sickwoods, Maine.  He also knew that he had to escape someday.

Robert would race home from school every afternoon so he could watch the beautiful people on daytime television.  He longed to be one of them.  He dreaded looking in the mirror because it always revealed the sad fact that this dream would take a miracle.  Glasses?  Braces?  The worst of all, fat? (He knew that "fat" was practically a swear word among the television elite.)  The people whose bodies he worshipped on television didn't have those things.  He had them all, in spades.

A funny thing happened in his sophomore year in high school.  Robert discovered girls.  With that discovery, came motivation.  Results soon followed.  By his senior year in high school, the braces had been taken off and the glasses were replaced with contact lenses.  Robert declared his daily ice cream milkshakes anathema.  He substituted protein shakes.  Hours of idle television watching turned into hours of working out at the gym.

By the time graduation day arrived, Robert's bags were already packed.  The girls, who a few years before didn't know he existed, were sad to see the most attractive man in town depart for a place that - to those who lived in Sixwoods, Maine - might as well have been another planet: Los Angeles, California.