Tempted by the Night by Colleen Gleason 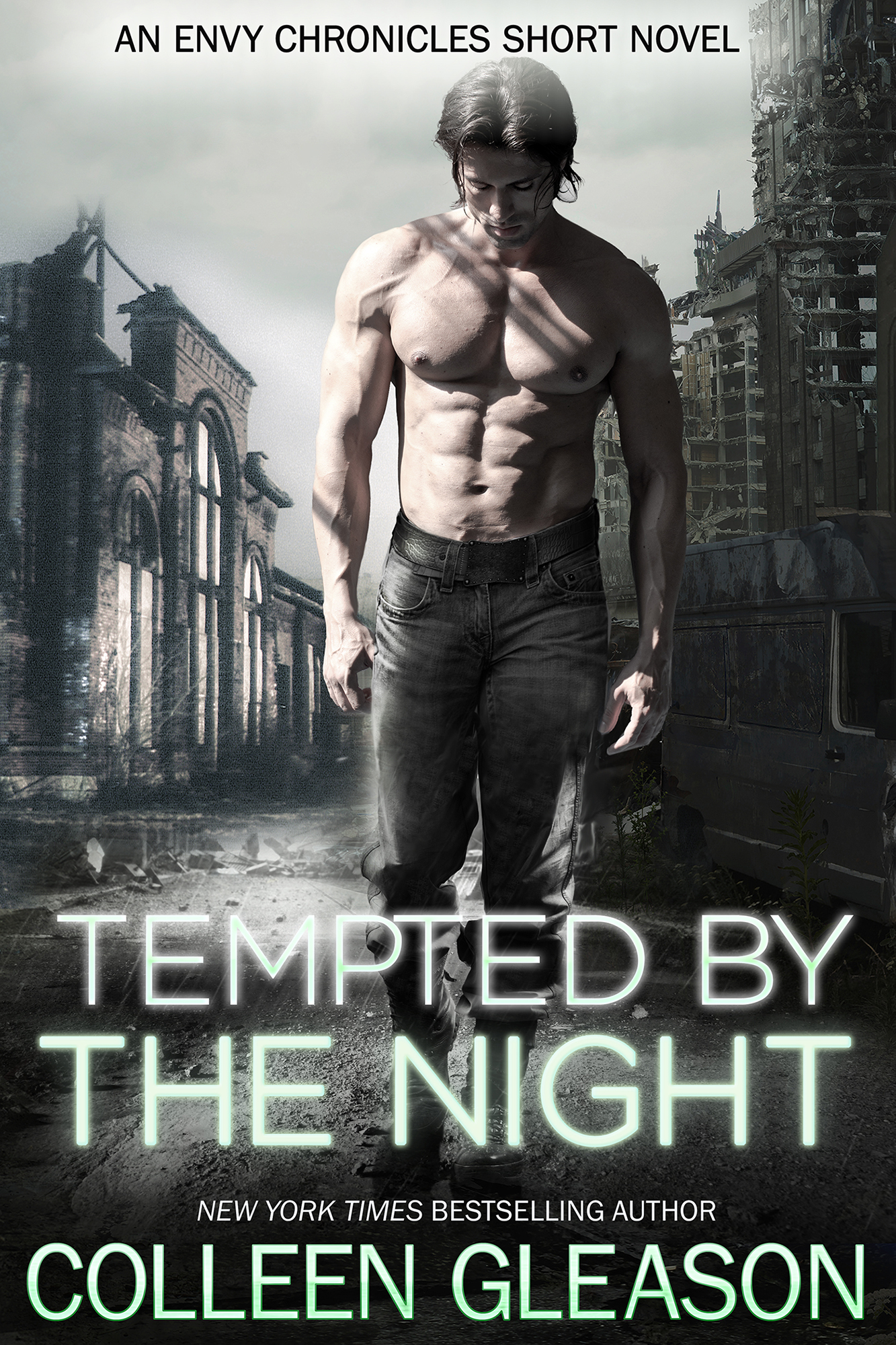 "[Colleen Gleason]'s vision of the future is dark, complex, and sharply original. I can't wait for the next one!" --Nalini Singh

"High-stakes action and sizzling romance...For those of us who like our paranormal romance on the urban, edgy side, [Colleen Gleason] delivers." --Lara Adrian

Fifty years after civilization as we know it is destroyed, the world is a different place: filled with immortal Strangers wearing powerful crystals, overgrown roads and cities, and the sad, desperate zombies that roam the earth.

But some things haven't changed...and when two old friends become involved in a life-threatening situation, they start to realize that maybe there is more to their friendship than just memories…

Luke Desmond broke off his engagement and left town when he realized he was about to marry the wrong sister. Marisa Bengotti couldn’t forgive him for breaking her sister’s heart…and for not knowing that he’d always held hers.

When Luke reappears, in danger and on the run from bounty hunters, Marisa finds herself caught in a web of danger and deceit, putting at risk not only a secret she has sworn to protect, but also her bruised heart.

With the bounty hunters closing in, Marisa and Luke join together in a dangerous game that could keep their world from being destroyed…but will their hearts survive?

This is a stand-alone, spoiler-free short novel set in the world of the Envy Chronicles. The other books in the series, in order, include:
BEYOND THE NIGHT
EMBRACE THE NIGHT (ETERNAL)
ABANDON THE NIGHT
NIGHT BETRAYED
NIGHT FORBIDDEN
NIGHT RESURRECTED


Marisa laid the bundle of daisies and lilies on top of the grave, then settled back onto her haunches to look down at the stone marker.

“Hi, Dad,” she said, kneeling next to the tufts of grass that sprang up around the crude gray slab. “I brought tiger lilies for you today—and daisies, even though I know you never really cared for the way they smelled.” She grinned and pushed up the glasses that threatened to slip off her nose. Too much time with her nose in a book—or two—in low light had strained her vision. Or so her father had claimed. “Do they have daisies where you are?”

She imagined Dad, who’d been dead for two years, calmly yet firmly insisting that whatever heavenly gardeners there were should keep the daisies from growing near his patch of the afterlife. At least now he was with her mother—a woman Marisa had never known—and Grandma Nell.

“You’ll be glad to know I’ve begun working on the—” Frowning, her heart doing an awkward skip, Marisa cocked her head and listened intently.

No, she hadn’t been imagining it. Beneath the rustle of leaves, mingling with the calls of a grackle, there was a distant mechanical rumbling. Her heart in her throat, Marisa scrambled to her feet, the one-sided conversation with Dad forgotten. Still listening intently, she peered through the overgrowth of trees.

It was impossible to see more than a few yards beyond this small clearing, between the underbrushand trees and the crumpled remains of early twenty-first-century civilization. Topless houses, sagging roofs and caved-in walls, glassless windows, and rusted-out cars sat amid a tangle of trees, vines, and choking vegetation.

The rumbling sound was drawing closer. There was no mistaking the rare but distinct—and eerie—noise.