Teach Me by Piper Lennox 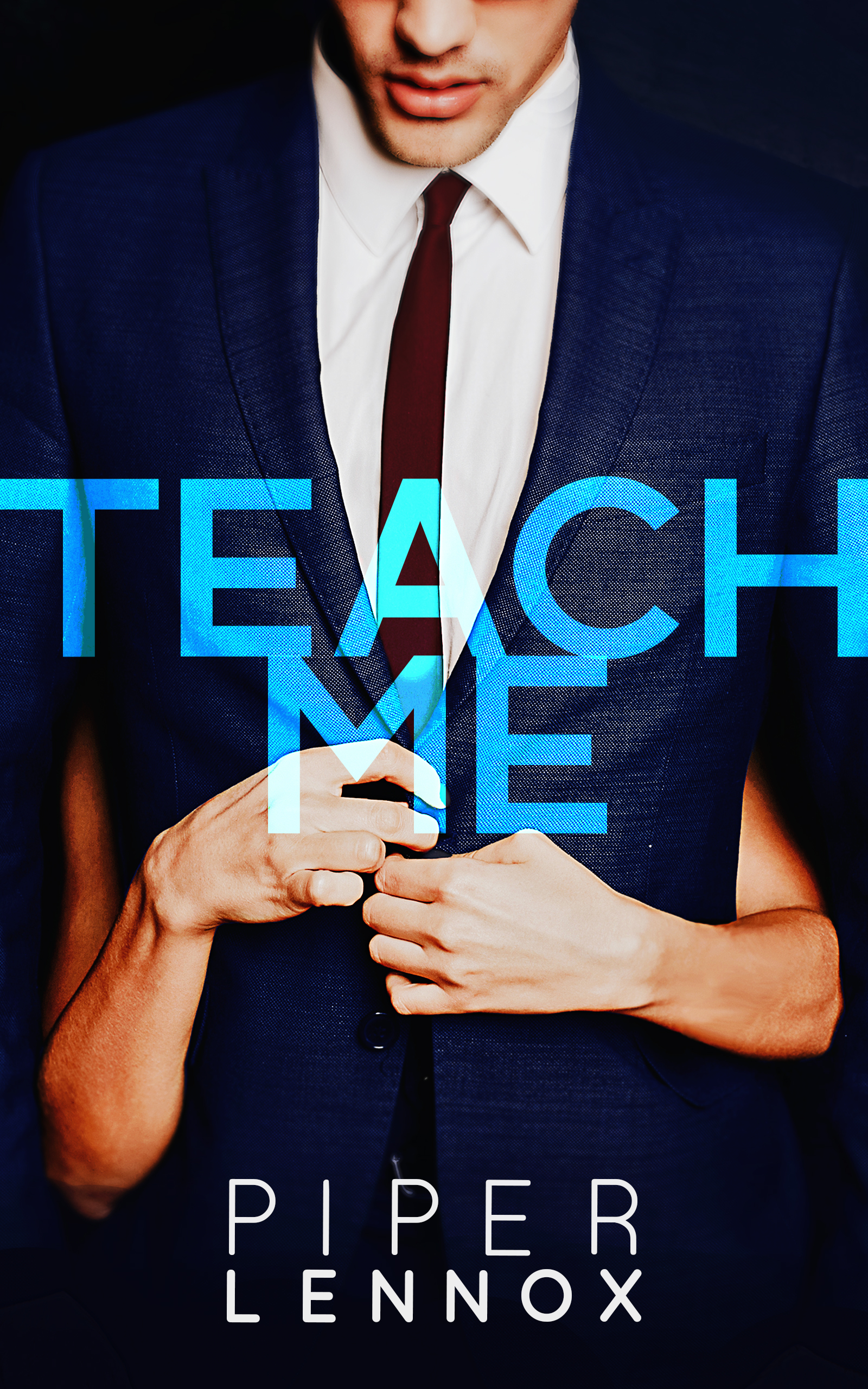 Her heart races. I see a flash of fear in her eyes, that moment when a woman who’s never been with a man like me hears something she’s never heard.

Some women don't like giving up control. But the rest?

That fear turns into pure desire. They hear me say these things and realize they love the idea of giving up control. Putting me in charge.

I stare at her eyes and wait. Which kind of woman will Breton Guillaume be?

Teague West never expected he'd be so attracted to a student, much less act on those feelings—but it's falling in love with Breton that really catches him off-guard. As their relationship blooms in secrecy, he teaches Breton the ins and outs of his fantasies, and she's all too eager to learn.

Breton has never met anyone like Professor West: mild by day, wild by night, and awakening desires in her she didn't know existed. She believes him when he says he’s a widower…until she finds a bill addressed to Jennifer West. And she’s seen the wedding band he still wears around his neck, shimmering from a braided leather cord.

With her roommate by her side, Breton is determined to find out the truth about Teague—even if it means giving him up forever.

This standalone romance from Piper Lennox delivers plenty of steamy scenes and a happy ending.


Since its publicaton four months ago, Teach Me has sold 13 copies and garnered 12,000 page reads on Amazon and KU.  It has over 200 reviews.  The audiobook (in English) for this title will be released to Audible by the end of this summer.  Currently, I am not advertising this novel other than promotional backmatter in my other releases.


“Be honest,” I say firmly, even though my volume can’t reach above a whisper.  “Were you thinking about me?”

“What makes you say that?”

I suppress a smile, taking note of the fact he didn’t deny it.  “Well, I’d just left here, so…it would make sense.”

With the lightest smirk on his face, Teague puts one arm on the door beside my head.  I see the muscles flexing out of the corner of my eye, can feel the gravity of his body as he leans closer to me.  I’m scared and excited at once, lightheaded from the way he’s staring.

“Yeah,” he says.  “I was.”  He reaches for a piece of hair that’s fallen in my eyes, hesitant, until I tilt my head in silent agreement.  The warmth of his fingers spreading across the side of my face and neck sends my heart rate soaring.  “Is that…okay?”

I’m not sure what he’s asking: if I mind him thinking of me that way, or if I also think of him that way.  Which, until right now, I hadn’t dared let myself do.

He leans in and presses his mouth to mine.  I can still taste the chai tea on his breath, spiced like Christmas, when his tongue slips between my lips.