Surrendering to the Rake by Georgette Brown

A Regency miss takes on a rakish nobleman 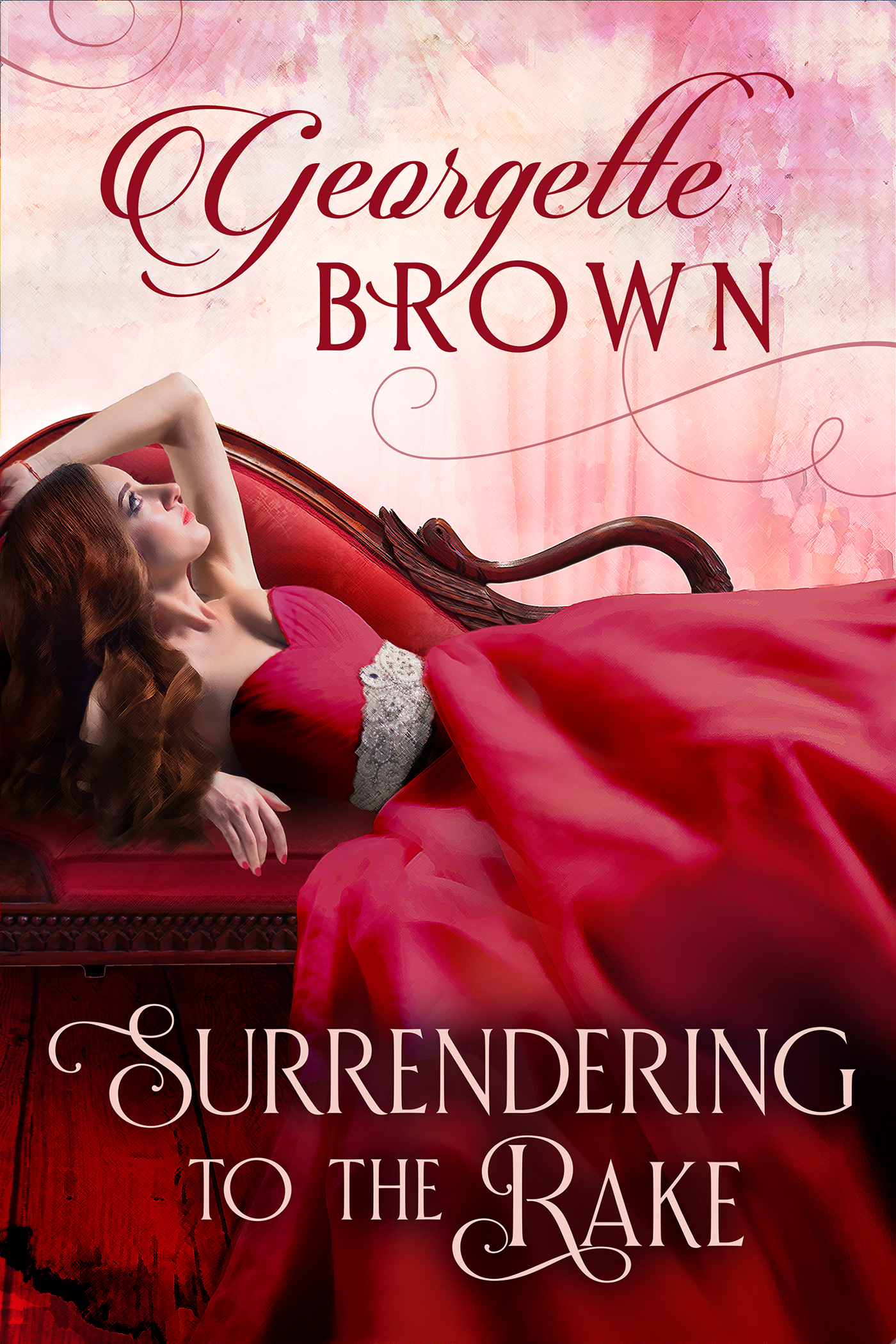 Determined to save her cousin from certain ruin at the hands a notorious rake, Miss Heloise Merrill impersonates her cousin and takes her place at the 'Chateau of Debauchery.' She intends to convince the rake – Sebastian Cadwell, Earl of Blythe -- to turn his attentions elsewhere.

Deprived of his intended guest, Sebastian decides to provide the meddling Miss Merrill a much deserved set-down. But when things take a decidedly hot turn, he finds he wants to go beyond a simple set-down.

Can Heloise stand her ground or will she surrender to the rake?


“You mean to keep me here? Against my will?” she cried.

“You came of your own free will, Miss Merrill. I would have advised against it," the Earl of Blythe returned.

“I am to be your prisoner?” She attempted with what little indignation she could muster to mask her agitation.

He advanced toward her, but she stepped back until the back of her knees struck the bed. The nearness of his body took the air from her. The flush in her body grew.

“Do you know what I do with meddlers?” he asked.

Trapped between him and the bed behind her, all she could do was hold his gaze. Her mind grasped for a rejoinder but came up empty.

“I discipline them, Miss Merrill.”

HE SAW FEAR in those bright almond-shaped eyes of hers.

Blocked from escape, she reminded him of a mouse trapped in a corner. He advanced a final step toward her, taking away the last shred of space between them, daring her to speak. Her silence gratified him. He waited to see if she would push him away or slap him in the face—he had received his fair share of those from women desperate to hold on to a semblance of propriety when inwardly they yearned to be seduced—but such an action would require her to touch him, and Miss Merrill leaned away from him so that her bosom would not graze his chest.

With one motion, he grasped her by the wrist, brought her arm behind her, and pushed her over his knees as he sat upon the bed.

Miss Merrill inhaled sharply but did not struggle. She lay still on top of him.

Sebastian observed the curve of her rump through her muslin and felt a sudden tug at his crotch. His hand itched to palm her arse, but he had meant only to scare her, not punish her.