Stolen by My Knave by Dawn Brower

Lady Elizabeth Kendall finds her one true love after glimpsing the Duke of Whitewood in a mirror. 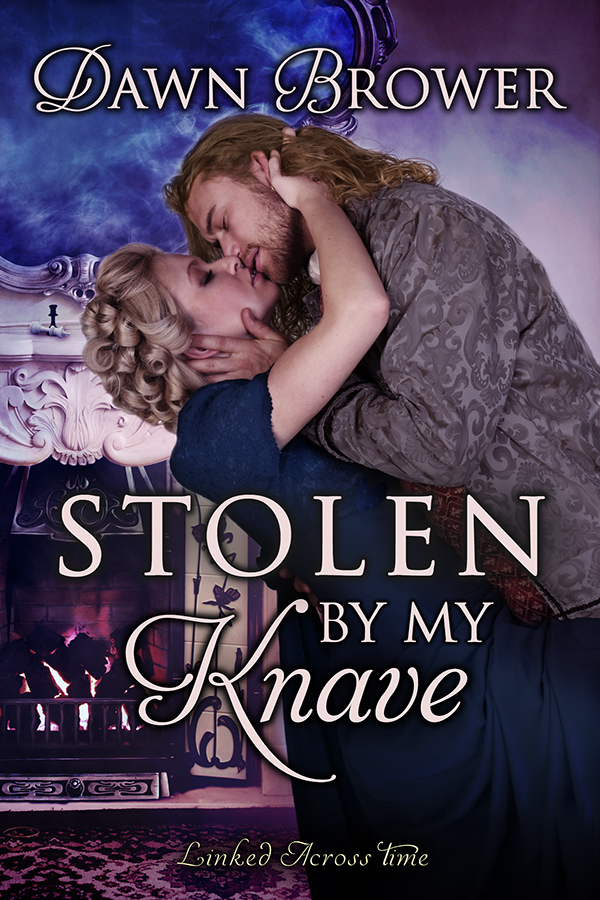 Nothing is quite what it seems…

Lady Elizabeth Kendall grew up on whimsical tales told by her mother. What if they aren’t stories at all? Visions of a handsome pirate in a mirror create questions about everything she believes. The biggest one: Is time travel possible?

A pirate who would be a duke…

Jackerson Morgan Carwyn, the Duke of Whitewood hasn’t led the charmed life some believe, and in fact, grew up in the worst parts of London. Except it was a different time and it’s a secret only he knows. Until he meets Elizabeth… She is far more than she appears to be and has information he believed long buried.

A battle of wits…

Through a chess match they make a bet—the winner claiming all the spoils. As the game comes to an end they are left with a choice. They either decide to be together or destroy any chance they may have at happiness. Will they accept fate’s decision or ignore all the signs that brought them together?


She was staring at him again. He didn’t like it one bit. What did she see? Could she tell he wasn’t a true gentleman? It was clear to him she was a lady, and more elegant than the word could describe. She was the epitome of grace and beauty. He wouldn’t dare sully her by touching her.

“I’m sorry, but you seem so familiar to me. Have we met before?” she asked.

“I suppose you’re right.” She bit down on her lip. “But I’m almost certain…” She shook her head as if rethinking what she’d been about to say. “We can remedy the introductions at least. I’m Lady Elizabeth Kendall.”

He bowed. “It’s nice to meet you, Lady Elizabeth.”