You can't run away from who you really are. 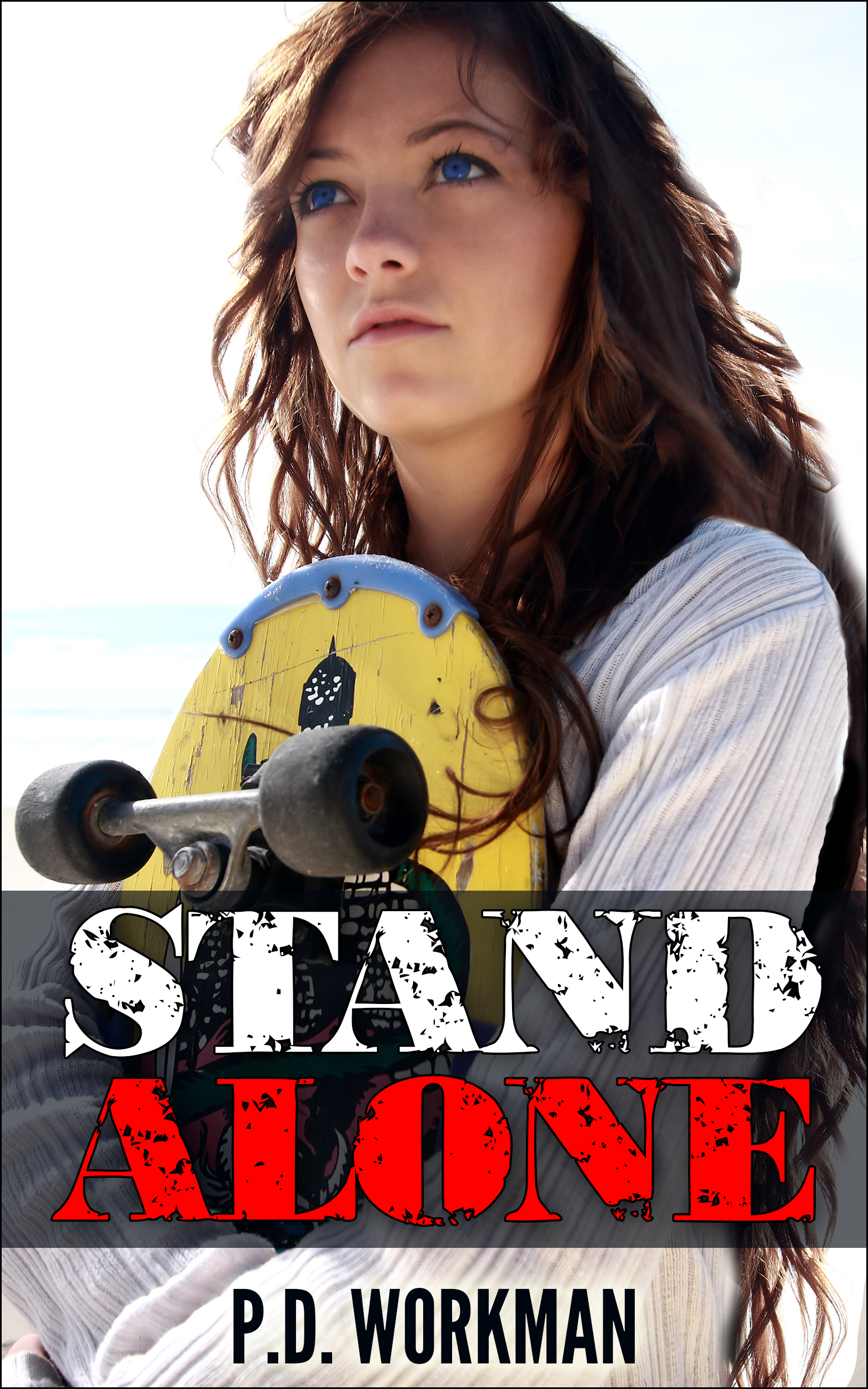 I have had several offers to translate this book so far. If you are going to send me a sample translation, please be very exacting about your punctuation, spelling, pronouns, etc. Sloppiness in the sample shows that you are not up to the job. If you do not understand something from the original text, feel free to contact me before trying to translate it. English metaphors and slang are difficult, but if the translation comes back meaning something completely different than the original, I will reject it.

Her mother. The kids at school, and the teachers and administrators too. Even the police who pick her up from her night rambles. Maybe them most of all.

Justine’s therapist says she is ‘troubled’, but it means the same thing. He thinks that her vivid, reoccurring nightmares and atrocious behavior point to some trauma in her past; but Em, Justine’s mother, can’t explain it.

Justine used to have Christian, her best friend and skateboard partner. He was the only one who accepted her. Maybe because skating is the only time that Justine is really free to be herself. Now that Christian is gone… Justine keeps thinking things can’t get any worse.

Even as she sees her life spinning further and further out of control, Justine can’t give up her sense of who she is—someone far different than the loving daughter Em expects her to be—to just fit in and be happy. She is sure that Em secretly holds the key to who Justine really is. But if she does, Em isn’t talking.

—This book is a wonderful story filled with many twists and turns... it will keep you turning the pages until the wee hours of the morning. The end will blow you away. A great story.

—As PD Workman draws you inside Justine's head you begin to wonder what really makes her act the way she does.  Good luck trying to put the book down until you find out why...


“Let’s go,” Christian said, and he was instantly on his board and picking up speed, racing Justine.

Justine hopped her board, grinning.

“No fair!” she protested, pumping her leg as fast as she could to catch up to him.

Christian laughed in delight, looking back over his shoulder at her for an instant. He kept going, cresting the hill in front of her and bombing down the long, steep incline on the other side at super speed. Justine crested the hill and looked down at him, as he again checked to see how close she was behind.

“Look out!” Justine screamed. Christian was going too fast and not watching ahead of him. He didn’t see the garbage truck pulling out of the lane. The huge dark chunk of metal loomed like a dinosaur in his path.

Christian’s face changed and he looked. Justine squeezed her eyes shut, not wanting to see the impact; but instantly opened her eyes again. She was also speeding down the hill and needed to see where she was going. Christian had disappeared. Justine looked in horror at the garbage truck, looking for any sign of him.

“Here!” Christian shouted, and she swerved and instantly launched into the grass beside him where he’d bailed out. She landed with a jarring crash and went flying off of her board. The whole world twisted and turned around her, and she hit both her jaw and the back of her head with a force that made her head spin. Righting herself, Justine crawled over to Christian.

“Are—you—okay?” she puffed, reaching for him.

“I’m fine,” Christian giggled. “Did you know you did a somersault?”

Justine rubbed the back of her head tenderly.