An ancient land protected from mermaids by a Tower of Light, and a girl who falls for the wrong boy. 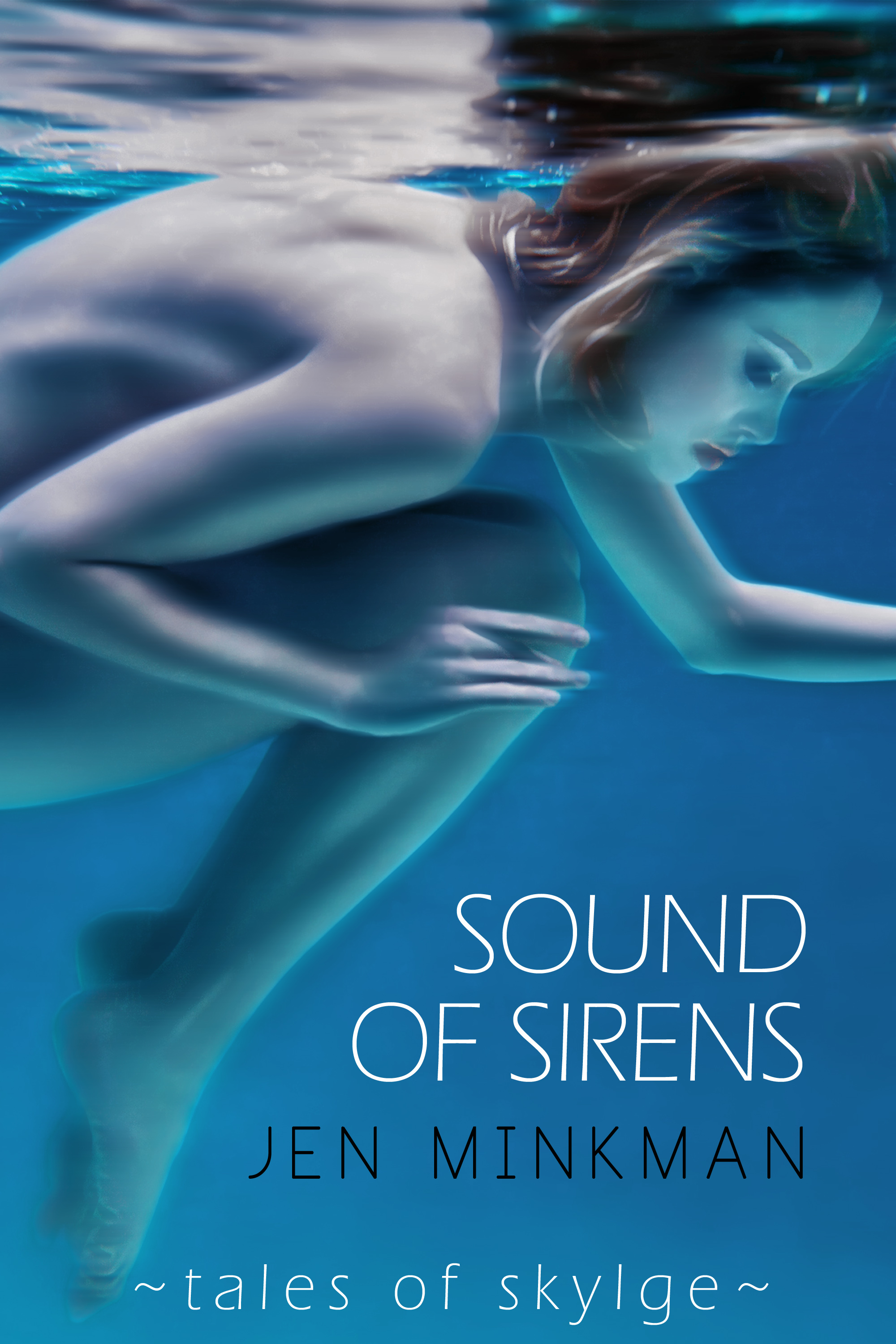 An ancient land protected by a Tower of Light,
its people ever tempted by Siren song,
and a girl who falls for the wrong boy.

On the island of Skylge, electricity is only for the Currents – the rich ruling class who once came from across the sea and brought the holy fire of St. Brandan to Skylge. Ever since, the light in the Brandaris Tower has protected the islanders. Heeding the Siren's call will drown your body and steal your soul, but the sacred light in the Tower will chase the merfolk away.

When Skylger girl Enna welcomes her brother back from a long sea voyage, he gives her a special present from the mainland – an electronic record only playable on a Current device. The problem is that Royce Bolton, Current heartthrob and the town’s most gifted pianist, wants it too. After she stubbornly refuses to sell the LP featuring his favorite artist, he suggests sharing the record by secretly meeting up in his private summer house. Taken aback yet thrilled, Enna agrees – and discovers that there’s more than meets the eye when it comes to Current society and the history of Skylge. Why do the Sirens tempt the islanders to give themselves up to the sea? And where does the Currents’ monopoly on electricity really come from?

While struggling with these questions, Enna begins to fall for Royce, risking everything to be with a guy who is clearly wrong for her. She will learn that the sound of Sirens isn’t the most treacherous thing out there to haunt her dreams.


This book hasn't been released yet, but is the first part in a three-book young adult series mixing fantasy, dystopian and romance elements. Since my other dystopian series The Island is doing quite well, I expect this one to become popular as well.

What the heck is he doing here? I blink up at him in confusion. Am I in his way? Has he mistaken me for someone else?

“Hi,” he says, his deep voice melodic like his music.

Why is he talking to me?

“Hello,” I reply stiffly. “Ehm… can I help you with something?”

“Actually, yes.” He smiles, and I hate myself for staring at him. He’s gorgeous, in an old, Frisian-god-kind-of-way. “I always come here to pick up the latest music from the mainland, and I think one of my LPs has accidentally ended up with that sailor’s record haul.”

I follow his gaze when he stares pointedly at my hand still clutching the useless LP.

“What’s so unfortunate about getting a present?” I snip.

Royce stares at me for a second and then laughs, his eyes lighting up. “Nothing. I’m happy your boyfriend is bringing you gifts, of course.”

“My brother,” I mumble, blushing when I realize I feel the need to point that out, somehow.