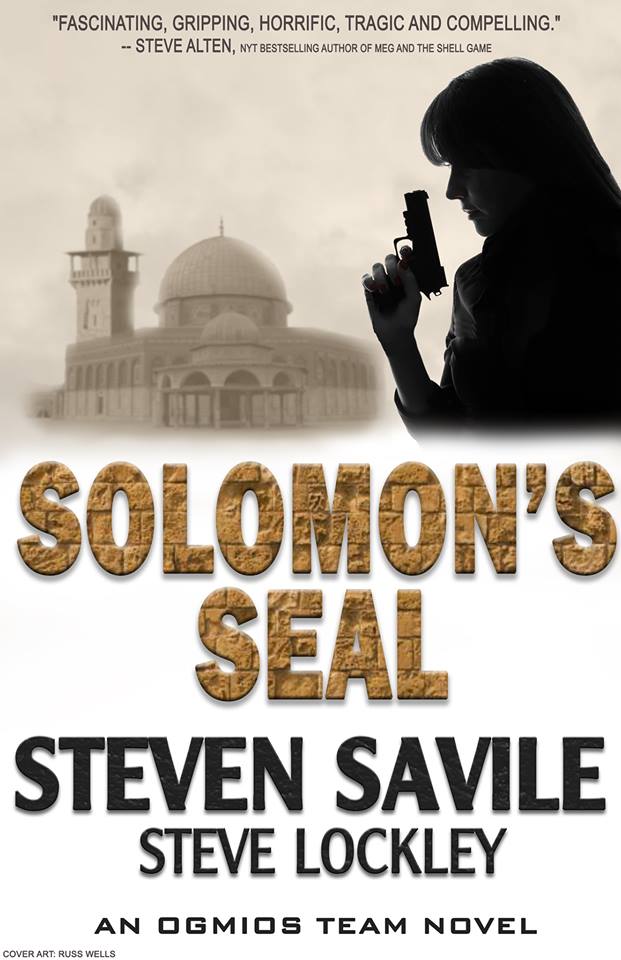 With the discovery of the long lost Seal of Solomon Konstantin Khavan and Orla Nyren find themselves in Jerusalem and Palestine fighting for their lives with enemies on all sides. They don't know who they can trust. They don't know which way to turn next. All they know is they have to find the Seal while diverting the detonation of a dirty bomb at one of Jerusalem's most holy sites.

Which would be fine, but Orla's been here before, during the worst days of her life when she was a prisoner in Jenin, a refugee camp on the border. She was brutally abused by a sadist she remembers only as The Beast - a man she thought she'd killed during her escape.

He's the man who has the Seal.

And Orla is going to have to face The Beast alone.


This is the second of the Ogmios series, which began with Silver, an international bestseller available already in France, Germany, Poland, Turkey, and Spain, with over 75,000 copies sold in the English language worldwide, which should provide a good foundation for this series to build on.


Kasim placed the battered and twisted ring down on the table.

The dealer took it and held it up to the light.

He was sure that it was gold and it was certainly old. It was not the first time he had been able to find work on a dig in the edge of the desert and managed to pocket one of the finds. Sometimes he could sell them, sometimes he couldn’t. He wasn’t paid enough to worry about the legalities of what he was doing. He wasn’t a fool though, he knew the dealer wouldn’t give him anywhere near a fair price for the ring, but money was money and it came with no questions asked.

The dealer turned the ring over and over in his fingers; weighing it, judging it. It was obvious that it had been in the ground for a long time, but what constituted a long time? More than five hundred years? More than one thousand? Two thousand? Considering how long it had been down there it was in decent shape though it had been badly dented and buckled, it was still clearly a ring. And in Kasim’s mind a ring made of gold that was that old meant that rare, and rare meant dollars.

“What will you give me? Dollar price?” Kasim asked while the dealer pondered his offer. The dealer raised an eyebrow. In that question he learned more about Kasim than the scruffy little labourer could possibly have guessed: the desperate usually asked for payment in local currency—cold hard cash they could take to the bars and bookies and blow through fast. Instant gratification. Anyone asking for dollars had a plan that didn’t involve sticking around long term. The dollar guys were setting money aside for something special.

The dealer made a face. It was all part of the act.