Religious/Political Thriller about the assassination of the Pope 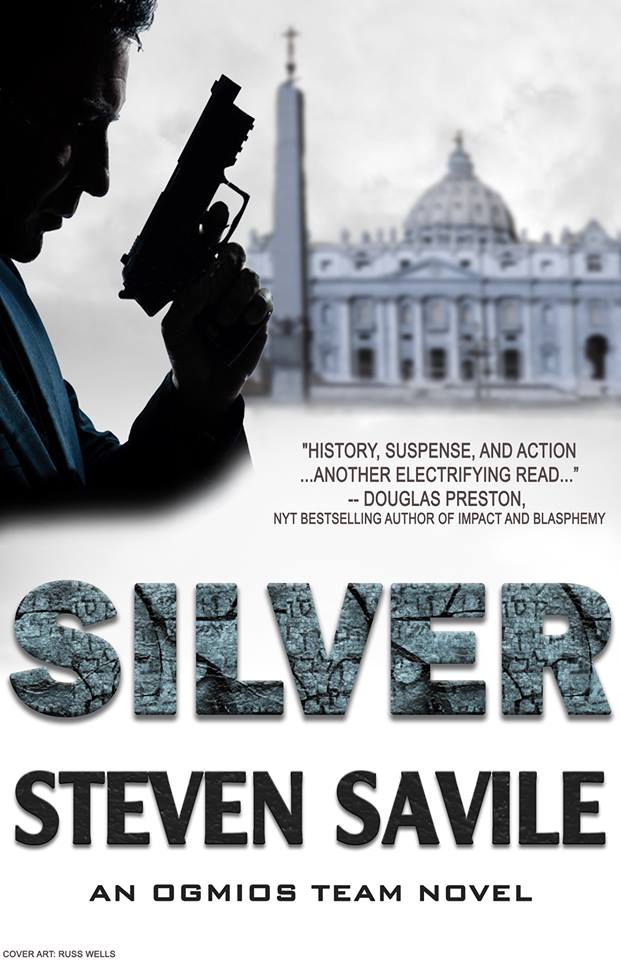 ONE OF THE TOP 30 BESTSELLING EBOOKS OF 2011 - THE BOOKSELLER

"There is a plague coming....For forty days and forty nights fear shall savage the streets. Those steeped in sin shall burn. The dying begins now"
With this chilling message a wave of terror unlike anything the world has ever seen sweeps the streets of Europe. Thirteen martyrs burn themselves alive in thirteen major cities simultaneously.
And this is just the beginning.
A religious cult calling itself the Disciples of Judas has risen in the Middle East. They twist the words of ancient prophecies to drive home the fear. Everything you believe in will be proved wrong. Everything you hold true will fail.
Day by day the West wakes to increasingly harrowing acts of terror. As fear cripples the capitals of Europe, the only question is where will be the next to fall? London? Rome? Berlin?
In a race against time - believing the terrorists intend to assassinate the Pope - Sir Charles Wyndham's unique Special Ops team, codename Ogmios, track a labyrinthine course through truth, shades of truth and outright lies that takes them from the backstreets of London to the shadow of Checkpoint Charlie in Berlin and all the way into the heart of the Holy See itself.

"With Silver, Steven Savile delivers a barn storming tale of action, intrigue and suspense in a plot laced with ancient secrets and modern terror." --Matt Hilton, author of the the Joe Hunter thrillers.


"Silver is the best thing since Forsyth's Day of the Jackal." --Robert W. Walker, author of the RANSOM and INSTINCT series.


"Silver is a cracker of a thriller. Savile's in a league of his own" --Jeremy Duns, author of FREE AGENT and FREE COUNTRY.


"SILVER is a wild combination of Indiana Jones, The Da Vinci Code, and The Omen."
-- Kevin J Anderson, international bestselling author of THE SAGA OF SEVEN SUNS and co-author of PAUL OF DUNE


Over 75,000 copies sold worldwide, an international bestseller, was the #26 bestselling ebook of all 2011 in the UK, and has been translated into French (Panini), Spain (Boveda), Poland (Replika), Germany (Cross Cult) and Turkey (Arunas) already, establishing a good foundation for the continuing series.


She stood still, a single spot of calm amid the hectic hustle of London. She uncapped the plastic bottle she held and emptied it over her head and shoulders, working the syrupy liquid in to her scalp. In less than a minute her long blonde hair was tangled and thick with grease as though it hadn’t been washed in months. She smelled like the traffic fumes and fog of pollution that choked the city.

A young girl in a bright red duffel coat ran toward her, giggling and flapping her arms to startle the feeding birds into flight. When she was right in the middle of them the pigeons exploded upwards in a madness of feathers. The girl doubled up in laughter, her delighted shrieks chasing the pigeons up into the sky. Her enjoyment was infectious. The man rummaged in his plastic bag for another slice of white bread to tear up. The woman couldn’t help but smile. She had chosen the yellow tee-shirt because it made her smile. It seemed important to her that today of all days she should.

She took the phone from her pocket and made the call.

“There is a plague coming,” she said calmly. “For forty days and forty nights fear shall savage the streets. Those steeped in sin shall burn. The dying begins now.”

The woman reached into her pocket for her lighter. She thumbed the wheel, grating it against the flint, and touched the naked flame to her hair. She dropped the phone and stumbled forward as the fire engulfed her.

All around her the city screamed.