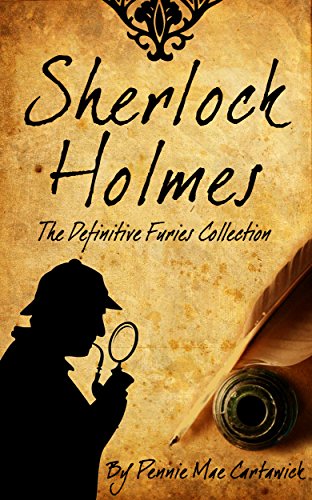 1. The Mystery of the Poisoned Tomb
2. The Mystery of the Faceless Bride
3. The Case of the Cracked Mirror
4. A Strange Affair with the Woman on the Tracks
5. The Curse of a Native
6. The Case of the missing Mayan Codices
7. Murders on the Voyage to India
8. The Heist
9. The Game of Cat and Mouse
10. Death in the Tropics of an English Explorer
11. Double Trouble in York
12. NOT SO MERRY IN GOOD OL’ SCOTLAND
13. Bumbling Caper on the Swiss Alps
14. Dirty Laundry in Paradise
15. The Castle Orphans
16. Watson to the Rescue
17. The Uncanny Disappearance of Miss Ellis
18. Mysterious Murders Surround the Whistling Tavern
19. The Hex of a Gypsy Woman
20. The Perilous Jester

These are the first twenty crime mysteries together in one large collection taken from a string of new short stories set in the late 19th century. No fictional character is more renowned for his powers of thought and observation than Sherlock Holmes and his faithful companion Dr. John Watson.


In the best selling list since it came out and was in the top 100 with Amazon. My most popular book to date and high in the ranking.


20 stories in one book. Here are a few story samples.
STORY ONE: Murders on the Voyage to India.
Murder; “Murder.” The scream echoed down the hallway shaking me from my slumber and into the dim vision of the electric lights. Someone was banging on the door and Watson scrambled to open it. I was bleary- eyed, still feeling a bit desensitized when Evelyn Reed burst in to the door. Her hands were covered with odious red, and tears streaked across her reddened face. “There’s been a murder!” She repeated.

STORY TWO: Not so Merry in Good Ol' Scotland.
I awoke groggily, the surroundings looking dim. My vision was blurry, and I wondered where I was. I tried to move my arms and legs, but they felt as heavy as lead.
"Holmes?" My voice rang out through the dark room, until a light was shone in my face. I could scarcely see beyond it. I still could not move my arms, nor my legs, and a growing sense of fear took over my thoughts.

STORY THREE: Bumbling Caper on the Swiss Alps.
“Watson! Watson!” I shouted in dismay, thinking I was close to the surface. Alas, I could not find my way out of the snow, packed thick and heavy all around me. My legs were pinned in place, and I could scarcely breathe with each passing moment.