Seduction of My Rake by Dawn Brower

What’s a man to do when he’s attracted to a woman he can’t have? 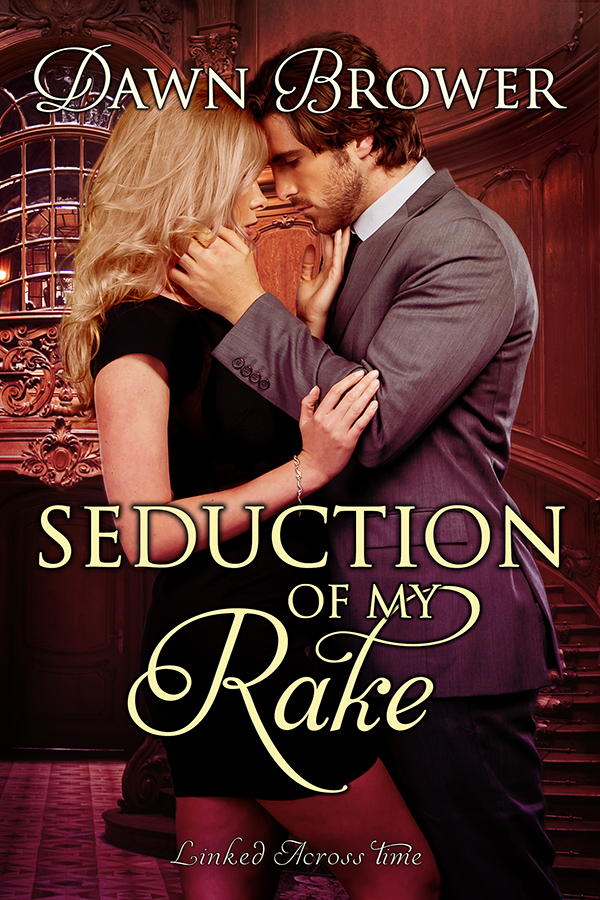 What’s a man to do when he’s attracted to a woman he can’t have? Bradford Kendall, the Duke of Weston, is in that very predicament, when his brother’s ex-wife shows up at his estate. Regina has always held an unnerving lure for him, and it’s a nuisance to have to deal with it, and her.

Regina Dewitt wants to find out what happened to her sister. The best place to start her search is where she disappeared—Weston Manor. It’s been a year, and clues will be scarce, but she’s determined. She didn’t count on how tempting the estate’s resident duke would be...

As they begin the search together, the question remains: Can they fight their growing desire?


wouldn’t be added to the marquess’s conquests.

“Now boys,” Regina placed a hand on each of their arms, “I’m willing to let you both teach me. No reason to fight over it.”

“Who’s fighting?” Bradford raised an eyebrow. “And, darling, there are no boys in this room.”

“Indeed,” Zane agreed. “We British are civilized. You can’t fault us for our impeccable manners.”

Bradford almost winced at Zane’s words. He had been itching to pummel him. Best not mention that part.

“I give up. I’ll leave you two to duke it out with words.” Regina threw up her hands. “I didn’t really want to learn anyway.” She stormed across the room and grabbed a glass of champagne from a nearby waiter. Bradford watched her down the glass and set it on the tray before grabbing another glass. At least she was no longer fawning over Zane.