She's a human, he's a bear shifter, and the two can never mix... or can they? 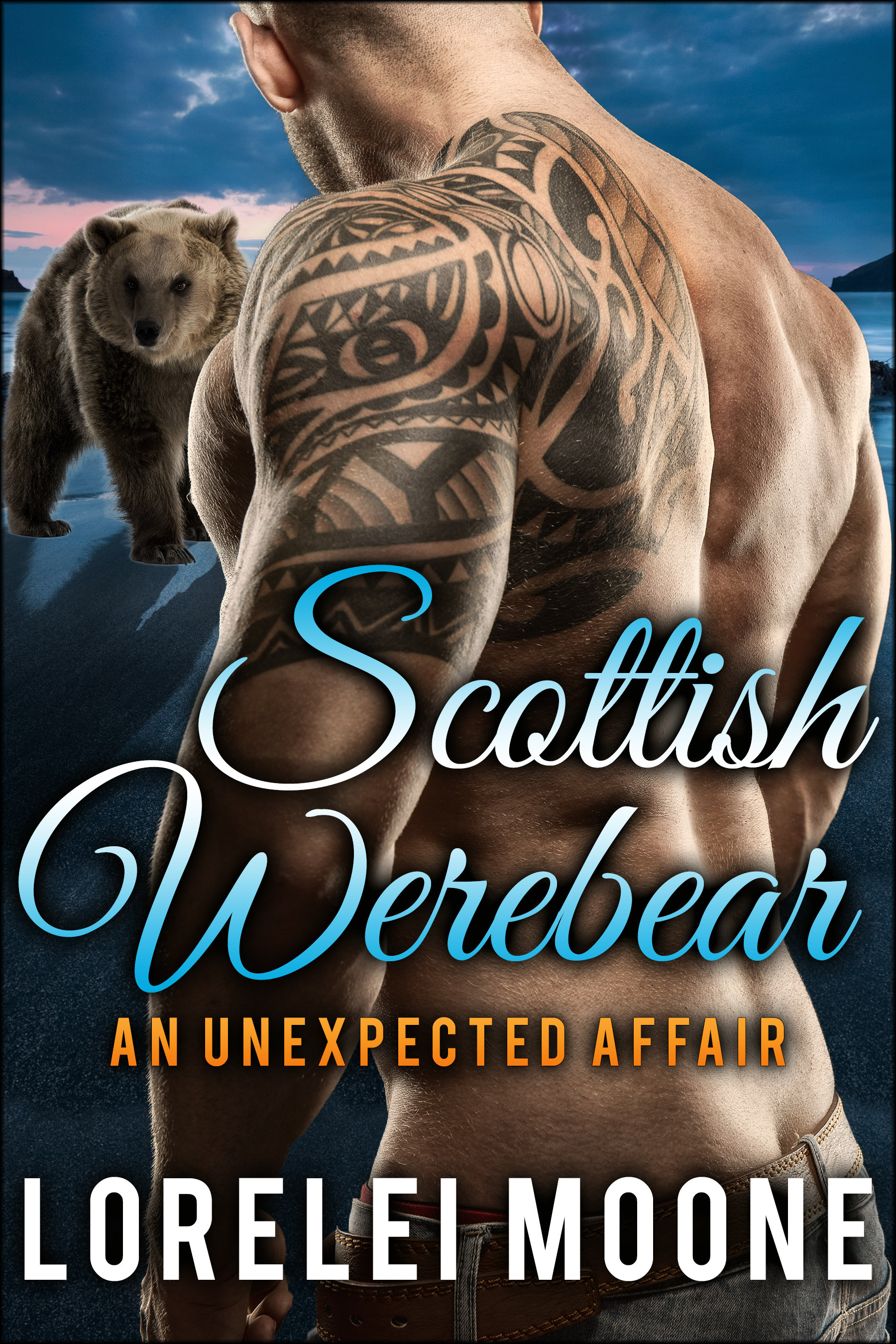 Romance novelist, Clarice Adler, has lost the inspiration to write ever since dumping her cheating boyfriend. How do you dream up a plot of two people falling in love, when you’ve stopped believing in love yourself? But her deadline is looming, and her career hangs in the balance, so she decides to lock herself away on the secluded Scottish Isle of Skye to finish her manuscript. Upon meeting Derek McMillan there, it seems she’s found her new muse and the words start to flow out of her as if by magic. Clarice falls for him, hard, despite knowing nothing about the man, except that he’s unavailable.

Derek McMillan has been managing his farm and renting out a few holiday cottages on his own for years now. He deals with the occasional tourist for some extra money, but mostly keeps to himself. When he first lays eyes on the curvy beauty, Clarice, he immediately regrets accepting her booking. Lightning strikes, and as much as he tries to deny it, his inner bear knows that she’s his mate. But he’s a shifter, and she’s a human, and the two can’t ever mix, can they?

In this steamy paranormal romance novella, follow along as an impossible love blossoms between two people, who couldn’t be more different. One might say fate intended for them to meet, if you believe in that sort of thing, but they’re both set on fighting their attraction with everything they’ve got. They’re going to need another push to admit to themselves as well as each other what’s going on…

Please note that this is the first title in the Scottish Werebears Series. Each book features a different couple from first meeting to HEA, as well as an overarching external plot that won't be fully resolved until the end of the series.


Since its release in September 2015, this book has received an overwhelming amount of positive feedback; more than 160 reviews on Amazon with a rating of 4.3 stars. It started its life in Kindle Unlimited and priced at $2.99, but now is widely available as a free lead-in to the rest of the series (6 novellas in total).

Although shifter romances are hugely competitive, I've seen regular sales of this title while it was still paid, in the past couple of months alone it has been downloaded over 20,000 times.

It would be my long term plan to follow similar promotional strategies with any translations. That means that once more books in the series are translated, book 1 will be regularly advertised for free to serve as a taster for readers to get hooked into the rest of the series, which will then push sales of further titles.


Throughout her flight into Inverness, Scotland, Clarice found herself repeatedly going over the printout she’d taken of her destination: Moss Cottage on the Isle of Skye. It promised unspoiled vistas, a homely atmosphere and most importantly of all: a quiet getaway from the hustle and bustle of modern life.

That's what she needed most: to get away. Away from the distractions of life in London, away from the constant buzz of her phone, notifying her of incoming emails or tweets. Away from all reminders of the life she used to share with Alan before she caught him cheating on her.

Upon her arrival at the cottage, she would send a message to Lily, her best friend, who had also been the one to suggest the Isle of Skye as a destination to begin with, and that was it. Clarice had promised herself to switch everything off. From nine to five daily, she would be unplugged, allowing her to focus on the task at hand.

After stealing a glance out the window - they were still descending through thick cloud cover - she flipped the page over, reading the backside again. Local attractions include wildlife walks, beach walks, hill trails. Walks, basically, all you could do on the Isle of Skye according to this text was go for a quiet walk.

It is going to have electricity, though, won't it? Clarice read the other side again and studied the accompanying pictures. There was a table lamp in one of the shots, which suggested that electricity was indeed going to be supplied... As long as her laptop had power, everything was going to be all right.

As the small plane landed bumpily on the runway, she felt a surge of excitement as well as nerves build within her chest. Soon, a mere three-hour drive away, she was going to arrive at her destination.

"Please remain seated until the fasten seatbelt sign is switched off," said the captain's almost robotic voice over the intercom.