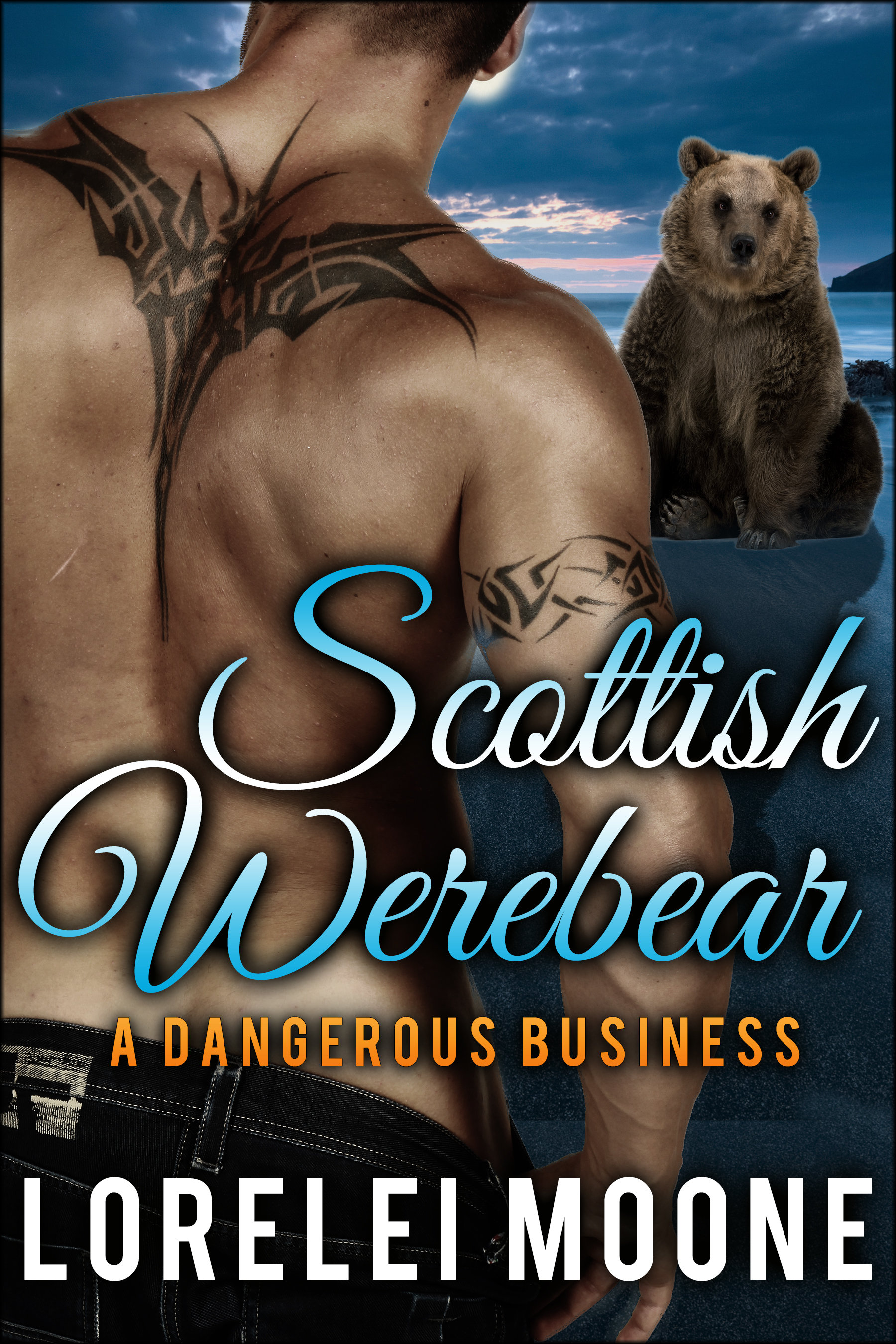 Aidan McMillan is a bear on a mission. Together with a group of like-minded shifters called the Alliance, he’s uncovered the existence of one of the most infamous concepts in shifter history/legend: The Sons of Domnall, a secret society of humans sworn to destroy all shapeshifters. One of their cells has popped up in Edinburgh, and the Alliance is set on infiltrating them somehow. Meanwhile, he’s also investigating the death of his parents years ago. Everyone says it was an accident, but was it really?

Heidi Blackwood, the daughter of her pack’s alpha, has been sent to work with Aidan and the others in order to hunt down the Sons of Domnall and neutralise the threat they pose to wolves all over the world. When they first lay eyes on one another, they know right away: they’re meant to be mates. Although Aidan smells unlike any wolf she’s ever met, she doesn’t yet realise that he’s the one thing she shouldn’t look for in a mate: a bear, one of the wolves’ natural enemies.

Can they stay on task long enough to successfully fight the Sons of Domnall? Or will their complicated feelings for one another throw a spanner in the works before it’s all said and done?

This paranormal romance novella is the second in the Scottish Werebear series. For the most enjoyment, please read this series in order.


This book has been out since 2015 and is part of a 6 book series which has done pretty well for me. The books have been well received with reviews averaging over 4 stars on Amazon.com.


All was not well in Rannoch, Scotland. Heidi Blackwood felt her heartbeat speed up, and the urge to protest grew ever stronger in her chest. How the hell had this happened?

"You may not like the idea of leaving, but we need one of our own inside the Alliance. You said so yourself," Eric Blackwood said while giving his daughter a strict look.

"Yeah, but..." I never thought it would be me, Heidi thought. Her father's news came as a bit of a shock. Whenever the topic of the Alliance had come up, Heidi had always expected one of the young males of the pack to be chosen as their representative to the Alliance. Never once did she think it could be her.

"I've made the necessary arrangements. You are to travel to Edinburgh and join them. I've spoken to their local leader, Jamie Abbott, already." Her dad sounded firm. He wouldn't be receptive to any arguments she would think of, and she didn't have anything sensible to add, either. She just needed a moment to let the information sink in.