Two people brought together through an unwanted circumstance discover something neither one believed they'd ever have. 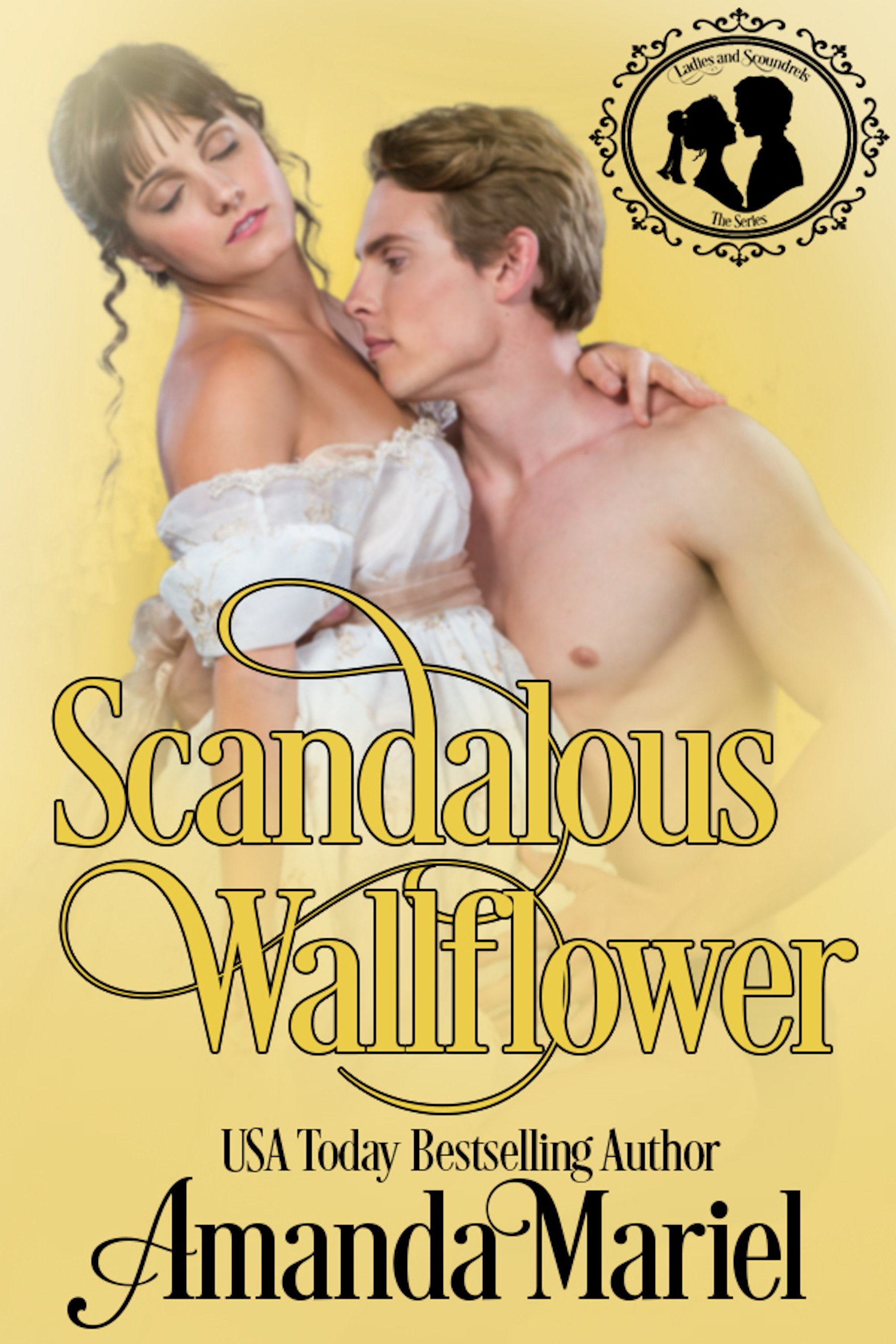 A wallflower by nature, Jane long ago accepted she would become a spinster. Perhaps such a fate was for the best. After all she’d witnessed firsthand how miserable marriage could make a lady. Still she dared to dream-that is until she finds herself thoroughly scandalized by a lord with the manners of a wild boar.

After Caleb Wesley, Lord Keery, failed to protect the one person who’d counted on him, he embraced his role of blackguard. He holds his vices close-light skirts, gambling, and liquor-and has no intention of giving them up. Even after he accidentally ruins a lady and is forced to offer marriage.

Two people brought together through an unwanted circumstance discover something neither one believed they'd ever have. Can they let go of their old hurts and beliefs long enough to embrace the gift fate bestowed upon them?


I am a USA Today bestselling author and Scandalous Wallflower is book 4 in my bestselling Ladies and Scoundrels series.


He glanced at the mussed bed, then raked his gaze over her body before meeting her eyes. “It seems you welcomed me with open legs, madam.”

The chill in his tone sliced through her. To think she was bemoaning the fact they had not made love mere minutes ago. Anger flared to life, burning her from the inside out. She jabbed finger into the bone and muscle of his chest. “That is an invitation you shall never receive from me! You are a blackguard unfit for the company of ladies.”

“If that is true, it is a damn good thing there are no ladies present.” He pulled his shirt over his head.

“There seems to be a shortage of gentleman as well.” She bent to retrieve his breeches before flinging them at him.

The door swung open behind her, spinning her around. To her horror, her brother and his wife had entered her room, worse still, the Countess of Bailey, an older woman renowned for her gossiping, stood wide-eyed in the hallway. The blood drained from Jane’s face as she averted her gaze to the pained glass window wishing she could fling herself out of it.

“Explain yourself,” her brother, Henry, demanded of Lord Keery. Claudia remained behind her husband, her hand on her chest and her mouth agape.

Jane’s heart pounded head spun with all the excuses she could make, but no words came. Nothing she could say would make any difference. She stood in the middle of her room in nothing more than a chemise with a more than half naked man. Hells bells! She was ruined. Her cheeks burned with embarrassment.

Claudia moved to the door and pushed it shut, closing off the Countess’s view as well as any other houseguests who may come upon them. “Do lower your voice, Henry. Is it your wish to see Jane ruined?”

“Keery has already seen to that, I daresay."