Say Hello to Anna for Me by Neel Wain

The Monster on Elephant Island

A quest to publish a book leads a promising writer into a world of murder and mayhem and then to a long lost friend. 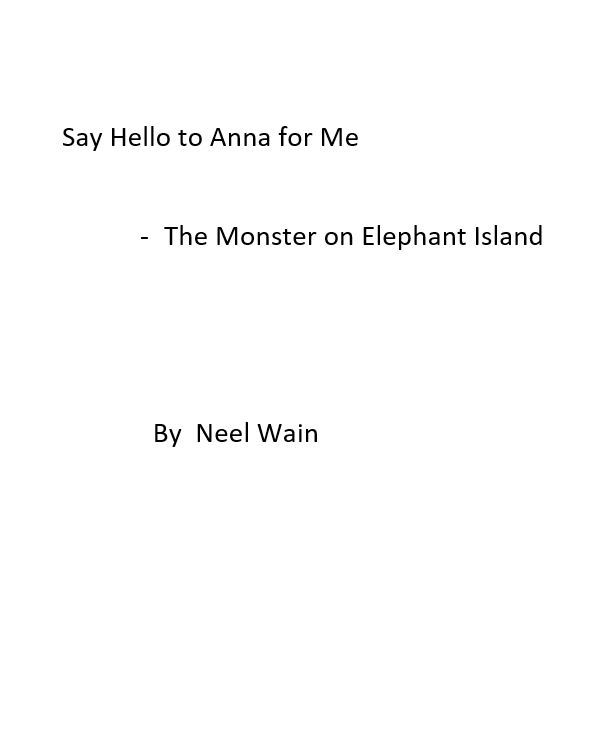 A man unsure of his own character and motivation travels to a remote island where he meets a past college friend that he no longer recognizes. He wants to write a novel and marry his girl, but somehow things go awry when the friend tells him his family owns a publishing company and will publish his book - if its a thriller. Then people start getting murdered in the exact manner his friend tells him to write into his book to make it more exiting. The girl won't marry him, and he even starts to wonder if it is he that is committing the atrocious murders.


There was something in his eyes that wasn’t there before. Some burning desire, some rage. She glanced at the computer screen; Golem's notebook sat on a tiny shelf that was nailed to a tree stump lopped off a foot and a half above the level of the porch. He was sitting in a plastic chair — he preferred the wood ones, but this resort had a shortage of 'real' chairs, as he would say — pounding away at the keyboard. He would stop in a moment as he always did when she sat in the chair to the right of him. She knew he didn’t like to write with her sitting over his shoulder. This time, as she glanced at the screen she saw the name Charles...

The police had come around asking questions about the girls in the bathroom and, for now, Golem kept a vigil of silence on the issue of Charlie, but he had his own suspicions. They didn’t suspect Golem at all, and to him that was a big relief. Someone could have seen him go to the shower stalls that night. That would be all it took to focus their attention on him, but apparently he had made his way back to the hut without being seen.