A hilarious look at childhood’s lost, magical moments, viewed through the heart of a father 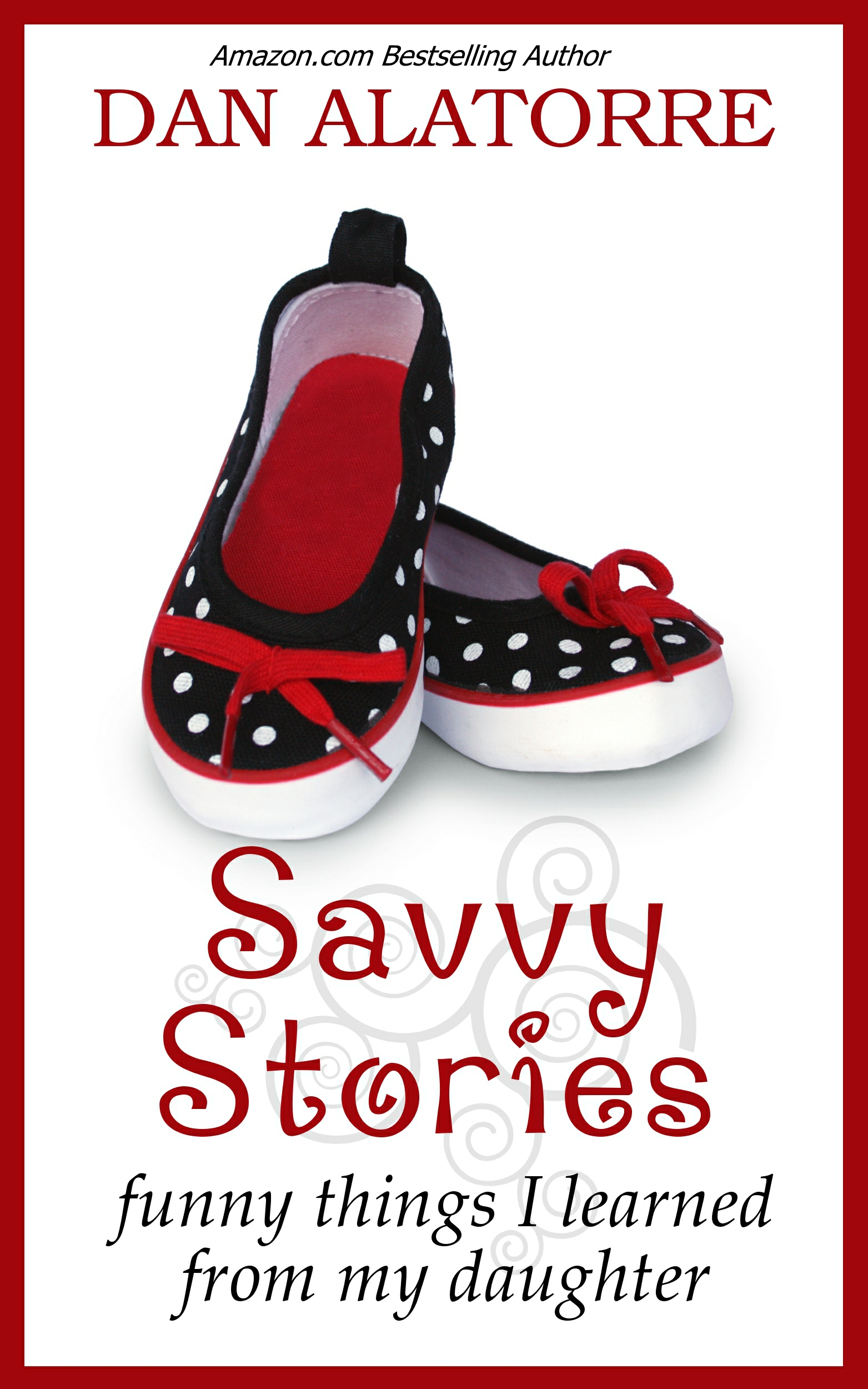 The beauty of children is in the magic they see everywhere; the beauty of parenthood is seeing it with them.

EVERY kid does funny stuff, whether it’s a baby wanting to see how many toys will float in the dog’s water dish, a toddler attempting to play hopscotch on the paver stones of the mall sidewalk, or a three year old asking questions out loud about strangers ("Is that his butt?").

These are some of the hilarious moments that happen between me and my child - or between you and your child - that occur a thousand times a day. We laugh and move on, because we are too busy to really take note, and the moments are too small to remember later.

But if we could only write some of them down, what an amazing little basket of family memories we would have.


This #1 bestselling book by humorist Dan Alatorre book has received many 5 star reviews and reached #1 in its genre a few weeks ago. It continues to be popular across a broad spectrum of readers, those with children and those without; parents and non parents. It is a fun, engaging read!


Everyone had warned me to save up my sleep prior to the delivery day, but you really can’t do that, and if you’re me, it’s an impossible thought anyway. Even when she was in the NICU, I was doing fine. But once we got her home, it only took a few days for the sleep deprivation gods to attack.

And those guys play for keeps.

We got our daughter baptized relatively quickly, in a home ceremony with family and friends, which was a lot of people’s first glimpse of the little celebrity. I was no longer Dan, I was merely “Savvy’s Dad,” an honor it took a while for me to realize I’d received. Not the honor part; that was readily apparent. The receiving part – that took a while. Turns out, if you post enough interesting stuff about your daughter on social media, she becomes a celebrity and you are just her chauffer. But we’ll get to that.

We had heard from the hospital that we could do a baptism with one of their chaplains at any time, and while we were living in the NICU, we discussed it. Being Catholic, I was definitely going to get my daughter baptized, but I also knew that in an emergency, I could do it myself and it would be all legit with the Church. Our parish’s regular Baptism schedule would get Savvy’s Baptism done in about 3 months, so as an insurance policy, we called one of the hospital chaplains. They arranged for a baptism at our house right after my daughter came home. After all, it was her immortal soul we were talking about; why take chances? Then, after the smoke cleared, we’d hold an official Church baptism ceremony over at our Lady of the Rosary, a few miles from our house.

That was my plan.