Satyr from the Shadows by Rebekah Lewis

A love story between a nymph and a satyr--and the jealous god who tore them apart. 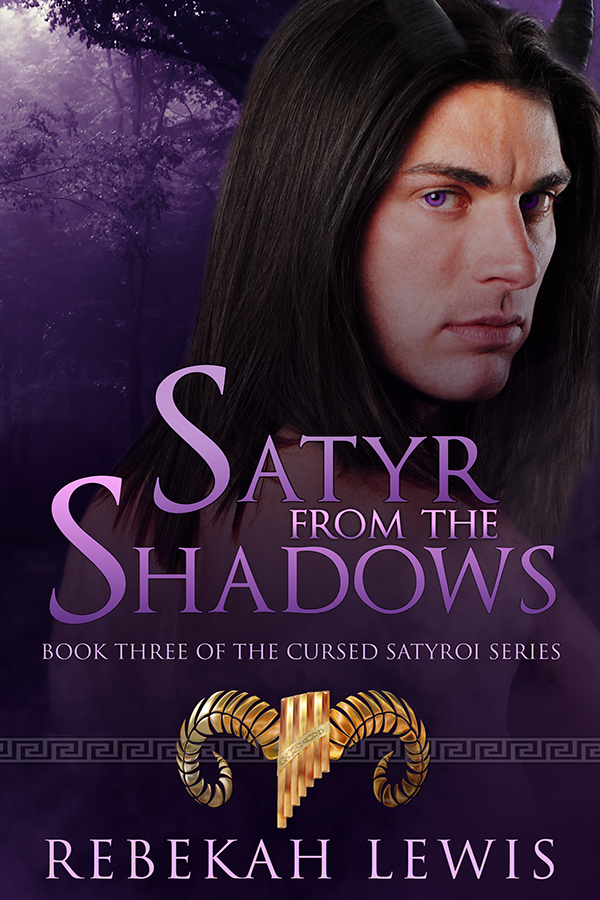 Long ago, a nymph fell in love with a mere mortal destined to become a legendary hero. Until the gods saw fit to tear them apart and tamper with fate.

Everyone has heard the story of Daphne and Apollo, of her transformation into a laurel tree to escape his obsession. If only it were so simple. Held prisoner for thousands of years, Daphne is close to death until a last minute rescuer smuggles her out of Olympus and to Melancton, the satyr she loves.

Melancton has always preferred to be on his own, keeping to the shadows and maintaining a stoic appearance. Only Daphne can be the light to his darkness, and now that she's returned, the fear of losing her again shakes him. With grave danger lurking on the horizon, Melancton and the satyrs of The Aegean Inn prepare for battle, but the odds are stacked against them.

Meanwhile, Apollo enlists the aid of Dionysus in his determination to reclaim Daphne and punish those responsible for her disappearance. Is it possible to survive the fury of the gods?


“Daphne.” His breath tickled the minuscule hairs on her ear. “Open your eyes.”

She bit her bottom lip and cracked one eye open, turning her half-gaze toward him. The second eye opened by pure reaction. “It is you!” She lifted her hand to touch him, but her arm flopped into her lap like a fish. Ugh, I am as helpless as an infant.

Melancton smiled, revealing the hidden dimple on his left cheek only visible when his happiness was genuine. Only visible for her. He lowered his mouth to hers and she melted into him.

Kissing Melancton was different from anything she’d experienced before or after she met him. It wasn’t merely warm, soft lips pressing together or tongues tangling in an attempt to taste and feel and fill. It wasn’t about passion so explosive it set her aflame and made even the brush of his hand over her arm nearly orgasmic—though she appreciated that quite a lot. With each kiss, what he provided was not an obsessive need for her that only sought a one-sided release. It was more than all of that, bigger.

Their desire for each other infused every movement, every taste, every sigh. He made Daphne feel cherished. Wanted because of her. For being who she was, and not because he found her attractive and wanted to claim her. If Melancton wished to brand her as his, she’d let him. He was hers too, and that was what mattered. The mutual awareness of each other and appreciation. She was not his possession, but the woman he loved. Or at least she hoped that was still the case.