Rumours and Recklessness by Nicole Clarkston

Fitzwilliam Darcy is desperate. Finally confronted with a woman who ignites all his hopes, he agonizes over the cruel trick of fate which placed her in a situation beneath his notice. The morning after the Netherfield ball, he resolves to put as much dist 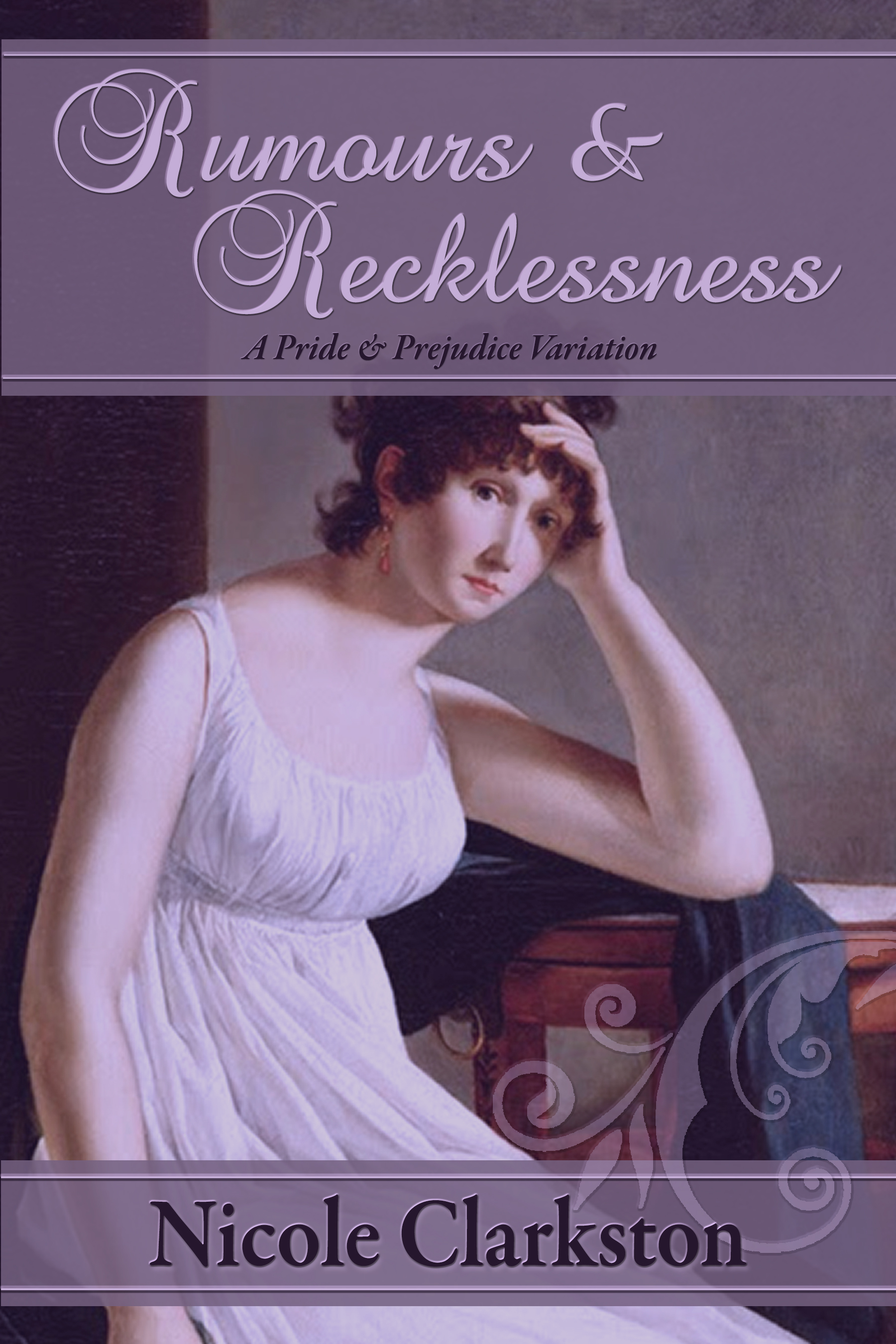 Fitzwilliam Darcy is desperate. Finally confronted with a woman who ignites all his hopes, he agonizes over the cruel trick of fate which placed her in a situation beneath his notice. The morning after the Netherfield ball, he resolves to put as much distance between himself and her as possible.

That very morning, however, Elizabeth's future is jeopardized by her father's untimely accident. With Mr Bennet unconscious and surrounded by concerned neighbors, Mr Collins presses his suit. Elizabeth's mother frantically demands her acceptance to secure the familiy's welfare. With so many witnesses to his proposal and everyone expecting her to make a practical choice, Elizabeth's reputation hangs in the balance.

Without her father to defend her refusal of Mr Collins, there is no one to speak up for her... except the last man in the world she would ever marry.


#1 Best Seller on Amazon for 3 weeks

Consistently in top 100 books in category, even 2 years after publication

Recently promoted by a Book Bub deal, was #1 Free on Amazon


Darcy felt Elizabeth shiver again and he squeezed her hand reassuringly. I will protect you, my Elizabeth! The thought flashed through his mind before he could stop it. Where his next words came from, he would never know, but he found himself uttering, “Miss Elizabeth cannot agree to marry you, Mr Collins, for the simple reason that she has already done me that honor.” He could only hope she would forgive his impulsive presumption.

Elizabeth’s gasp of horror was lost in the general upheaval. She jerked her hand away from him and glared furiously. He offered her an apologetic shrug, but there was no time for explanations. Everyone was speaking at once. Kitty, Lydia and Maria burst into gales of laughter and ran for the door, no doubt to share the news with anyone they could find in Meryton.

Collins finally found his voice. “Mr Darcy! Of course, forgive me sir, but I had no idea you were so humorous! I know it is the usual manner of elegant females to at first reject the man they secretly intend to accept, but I did not expect such jollity from our guests! Now, quite seriously, my dear Cousin Elizabeth,” he smiled patronizingly and approached, tugging free Elizabeth’s unwilling hand and kneeling before her. “I wait on you; simply say the word and we will set the date that will make me the happiest of men!”

She snatched her hand away in contempt and nearly shouted, “I was perfectly serious in my refusal! You could not make me happy, and I am convinced I am the last woman who could make you so!” She could not resist the urge which compelled her to wipe her defiled hand on her skirts. With a stinging backward glance at the second object of her ire, she stalked out of the room. The three remaining occupants jumped at the two succeeding door slams announcing her incensed departure from the house.