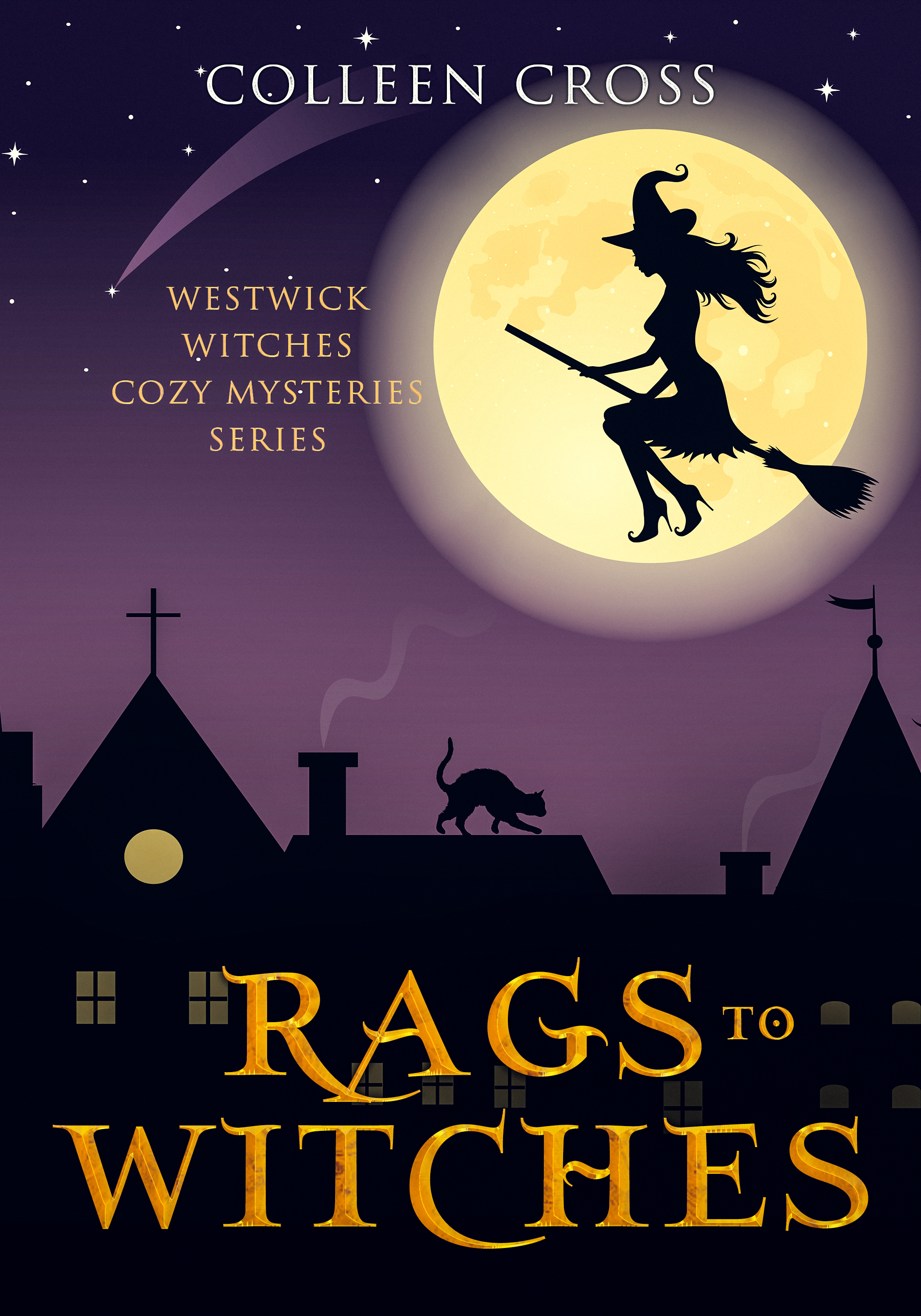 Cendrine West can’t catch a break. She’s close to landing a new job, and things are getting cozy with sexy sheriff Tyler Gates. All that changes when she is kidnapped by renegade witch Aunt Pearl, who is hell bent on avenging a friend’s untimely death. It's Vegas or bust…for all the wrong reasons.

Rocco Racatelli is a hunky Vegas kingpin—and the next mob target. Lady Luck has dealt him a losing hand and he wants revenge. When Aunt Pearl is a little too eager to help, project Vegas Vendetta quickly escalates into an all-out mob turf war. As the witches are thrust into Sin City’s seamy underworld, bodies pile up and secrets are exposed.

It’s not just the Las Vegas heat that’s scorching...Rocco is intent on winning Cen’s heart. But she only wants the man she left behind in Westwick Corners. All she has to do is solve a murder, out-magic her ornery aunt, and take down the Las Vegas mafia. What could possibly go wrong?

When organized crime meets unorganized magic, anything can happen! As the body count climbs, it’s clear that Cen needs more than a miracle in the desert to set things right.

Westwick Corners isn't your typical small town. Or even a normal ghost town. It's where people go not to be found, and witches go to work their magic without attracting too much attention. The combination makes from some interesting and humorous mysteries, and the witches are always at the center of the action!
Ruby's cooking, Cendrine's amateur sleuth and investigator activities, and Aunt Pearl's magic school are always looking for that one secret ingredient that will propel the witches to fame and fortune and put the small town of Westwick Corners back on the map again. The witches are forever cooking up new business opportunities like The Westwick Corners Inn, The Witching Post Bar and Grill, and of course, Pearl's Charm School, where witches go to unravel riddles, spin magic spells, and create their own witch mysteries. Too bad they are forever getting distracted because there are always strange things happening in Westwick Corners, from petty crime to murder.
The West family has always been in Westwick Corners and always will be. They descend from a long line of witches who have inhabited Westwick Corners from the beginning.
Witches who unlock mysteries, solve crime, and help those in need. They are collectively a kind of a witch of all trades, because pitching in--or is it witching in-- is what you do in a small town. Everyone helps out. Even Grandma Vi the ghost investigates and sleuths. But when everyone pulls together, it's not always in the same direction!  If you like a good puzzle, a good laugh, and a good witch mystery series, you'll love these cozy mystery books!  Available both as ebook cozy mystery books and cozy mystery paperbacks.
I am writing the next book in this series of paranormal cozy mysteries, a cozy paranormal that takes place on Christmas Eve. As long as people like these humorous cozy mysteries I will keep on writing them. Thanks for reading!


The English version of this book will be released late October 2016, but is available for translation now.

This is the second book in the series; the first book (also recently released) sells very well. It appeals to traditional and cozy mystery readers who enjoy a touch of humor in their mysteries.

The odds of getting any of those were stacked against me. My gas tank was empty and the Westwick Corners Gas N’ Go’s solitary gas pump was broken. The ancient pump had no intercom, and I abhorred the thought of walking all the way to the cashier in my three-inch heels.

I was already running late for my job interview at The Shady Creek Tattler. It was humiliating to admit that my own newspaper, The Westwick Corners Weekly, was just days from bankruptcy. The last thing I wanted was to work for the competition, but I needed money. I was conflicted. I didn’t want to turn my back on Westwick Corners, the almost-ghost town we were trying to revitalize. But I needed to earn a living.

All of the decent jobs were an hour away in Shady Creek. I had realized too late that Westwick Corners was too small to support much of anything, including the newspaper I had bought from the retiring owner last year. The Westwick Corners Weekly had been an impulse purchase. My plan to buy myself a dream job had become a never-ending money pit.

My last hope of remaining solvent was the part-time reporter job in Shady Creek. At least I could eke out a living while I got my newspaper back on track. But even that was in jeopardy if I couldn’t fill my gas tank.

I waved my hands frantically towards the reflective glass windows, hoping the cashier inside would see me and get the gas pump going again.

I swore under my breath as I scanned the asphalt. My spirits lifted when I spotted a skinny freckle-faced man-boy standing beside a gigantic RV. The gas station attendant looked about fifteen going on twenty, and wore a too-big Gas N’ Go shirt and baggy shorts.