Public Disgrace at the Club by La Marchesa 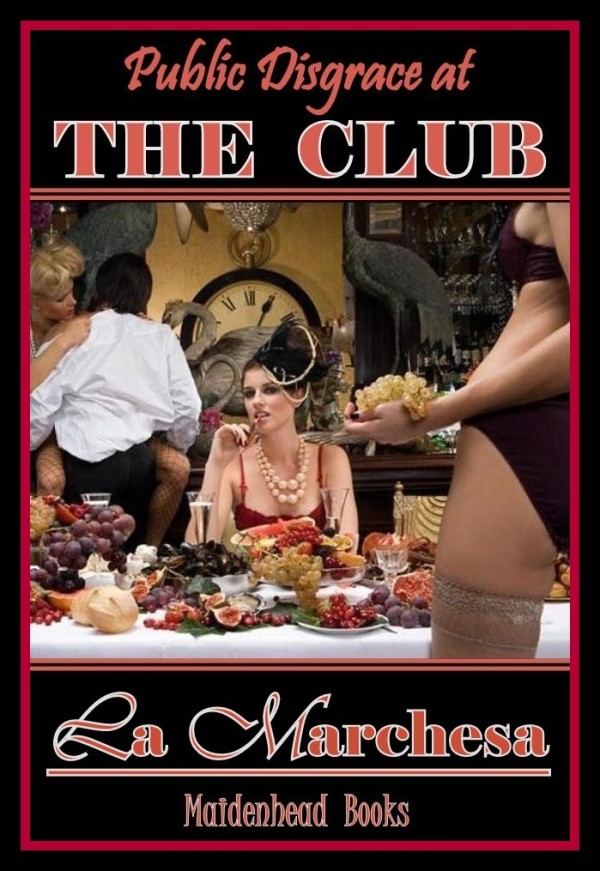 Out of work, facing eviction, and about to lose her car, Parice, is desperate for a quick infusion of cash. Finding hope in a classified ad the beautiful, former showgirl, agrees to be a Party Girl and all that entails for one debauched night at a private men's club.


Pure, raw hard core erotica. Sells well overall, but not at all venues. They don't get much hotter than this one.

"For now. I should probably find out if you still want to do this. We have a couple other acceptable young ladies, but if you want it the job for the next event is yours."

"When's the next event?"

"How and when would I be paid?"

"You will be paid in cash the following Wednesday."

Cash! I like that. "You wouldn't report my earnings?"

Lee shook his head. "Absolutely not. Certain things about our guild are secret and this is one of them. That's why I asked only for your first name."

"Will men expect to have sex with me?"

"Yes, of course, but you will be paid handsomely for it. Most of the men only watch, but gradually with each event more and more men join in."

Thirteen men. I cocked my head. "Wouldn't that be considered prostitution?"

Lee winced. "Some claim it is, but we're a private club, and it's debatable. Also, since you get paid in cash, there's no record of payment."

"Would I be the only woman?"

"No. You'd be the main attraction, but three or four other women will bring food and drink to our members and be available for other things if a member wants. I better explain how this works.