Pride and Honour - The Battle for Saxony by Nathaniel Burns

Pride and Honour will transport the reader right into the heart of this legend-shrouded part of the Early Middle Ages. 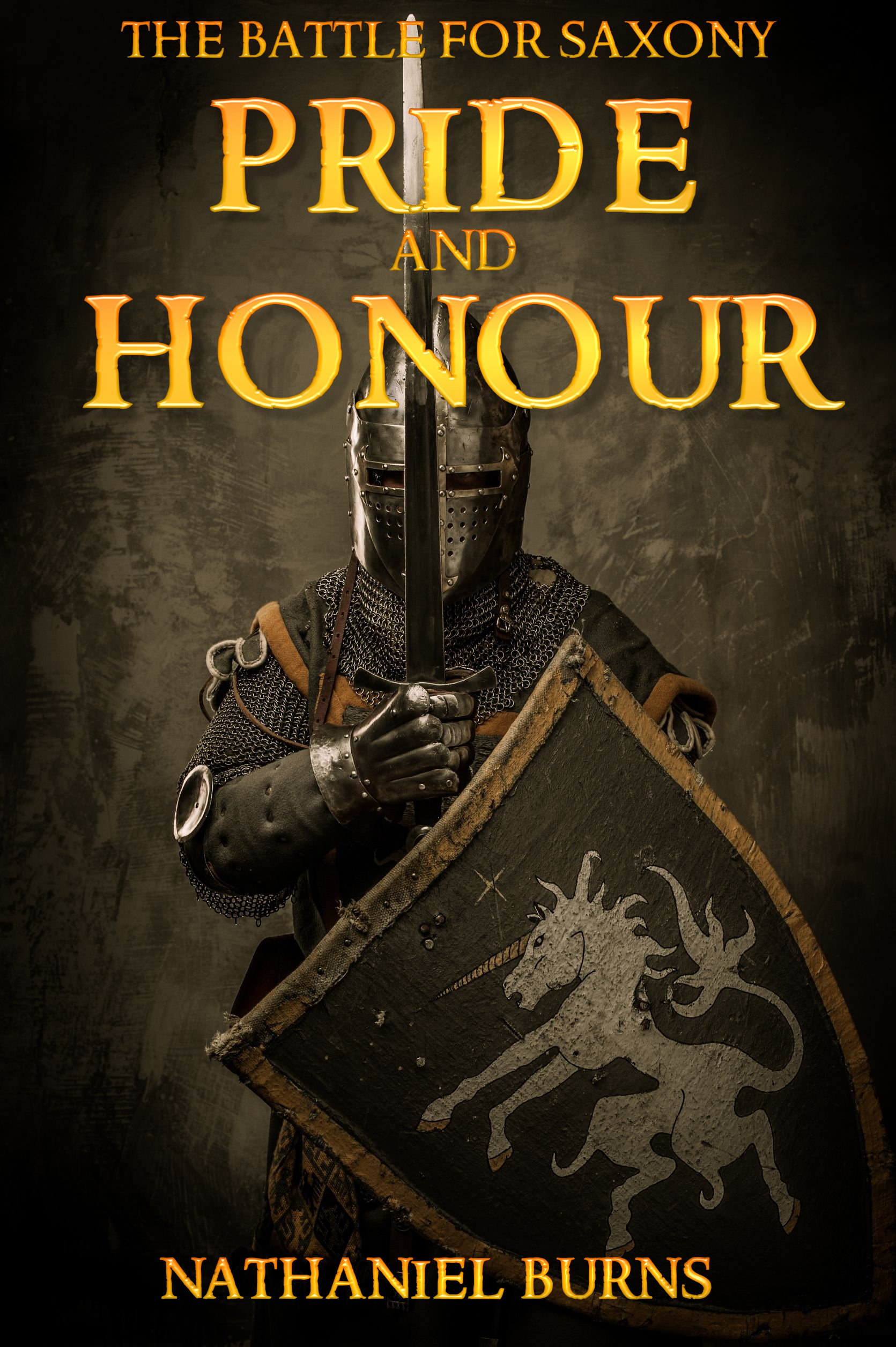 The extraordinary novel, Pride and Honour, is a completely revised and rewritten version of the surprise initial success of the novel Honour and Glory by Nathaniel Burns. The author took many of his readers‘ tips, reviews and advice to heart to make his fascinating tale about Charlemagne and the Saxon King Widukind an even better read. Take this suspenseful, captivating and exciting journey back into Europe’s Dark Ages to meet the pivotal figure of Charlemagne and one of his greatest adversaries.

Like a bloody storm, Charlemagne’s armies ravage early medieval Europe, leaving devastation and misery in their wake. They have subdued the kingdom of the Langobards, defeated the duchy of Bavaria; they threaten the Moors in the west and, in the south, the pope in Rome.

Yet Charlemagne has even more ambitious plans: he covets the Saxon territories in the north. The Saxons put up an unexpectedly fierce resistance. When Charlemagne’s troops destroy the Irminsul shrine, the Saxon holy of holies, there ensues a struggle to the death. Led by the legendary Duke Widukind, for decades the Saxons fight savagely for their beliefs and their independence. And they will have their revenge...

Pride and Honour will transport the reader right into the heart of this legend-shrouded part of the Early Middle Ages. With his story, Nathaniel Burns has woven a a rich, dark tapestry of one of the pivotal periods in medieval European history. His historically accurate descriptions rich in authentic detail bring this remote, strife-ridden world to life again before your very eyes.

Go ahead, stoke the fire in the hearth, draw your armchair closer and dive into this wonderful historical novel full of royal intrigue, warriors, and battles of a bygone Europe…

Sturmius followed the servant along the narrowing stone passage. The tapestries hanging from the wall had all faded, their colours dim, with their threads worn thin. They were old, possibly as old as Worms Castle itself, all depicting various scenes of Frankia.

There was a lingering, musty scent lingering in the air, its presence a reminder of the recent rains, but it held a more dank undertone, and even in the early summer he could feel a draught move through the passage.

His heavy boots sounded against the worn stone floors and finally came to a halt outside a pair of heavy oaken doors. News had come to him during the winter of the Queen Bertrada’s ill health, and that healers were tending to her, yet he had not been aware her illness had since confined her to her chambers.

His memories of her were of a venerable woman, capable of holding her own in a man’s court. She had been a force unto herself, fearful of no one, not even of the wrath of her husband. King Pippin had been fortunate in his betrothal to her, for she had produced him fine sons and she had been a master of politics, in marked contrast to Pippin, , who had mercilessly unleashed his armies without care for life or cost on all those who had been unwilling to conform to the ways of Frankia.

After Pippin’s death Bertrada had astutely taken Frankia’s reins of state into her hands, had imposed her will on her two sons, Charles and Carloman, and had brought Duke Tassilo of Bavaria, Desiderius, King of the Langobards and the Holy Father in Rome under her political spell.

The servant halted and indicated for him to wait, before opening the doors, and announcing, “The Abbot of Fulda, my Queen.”