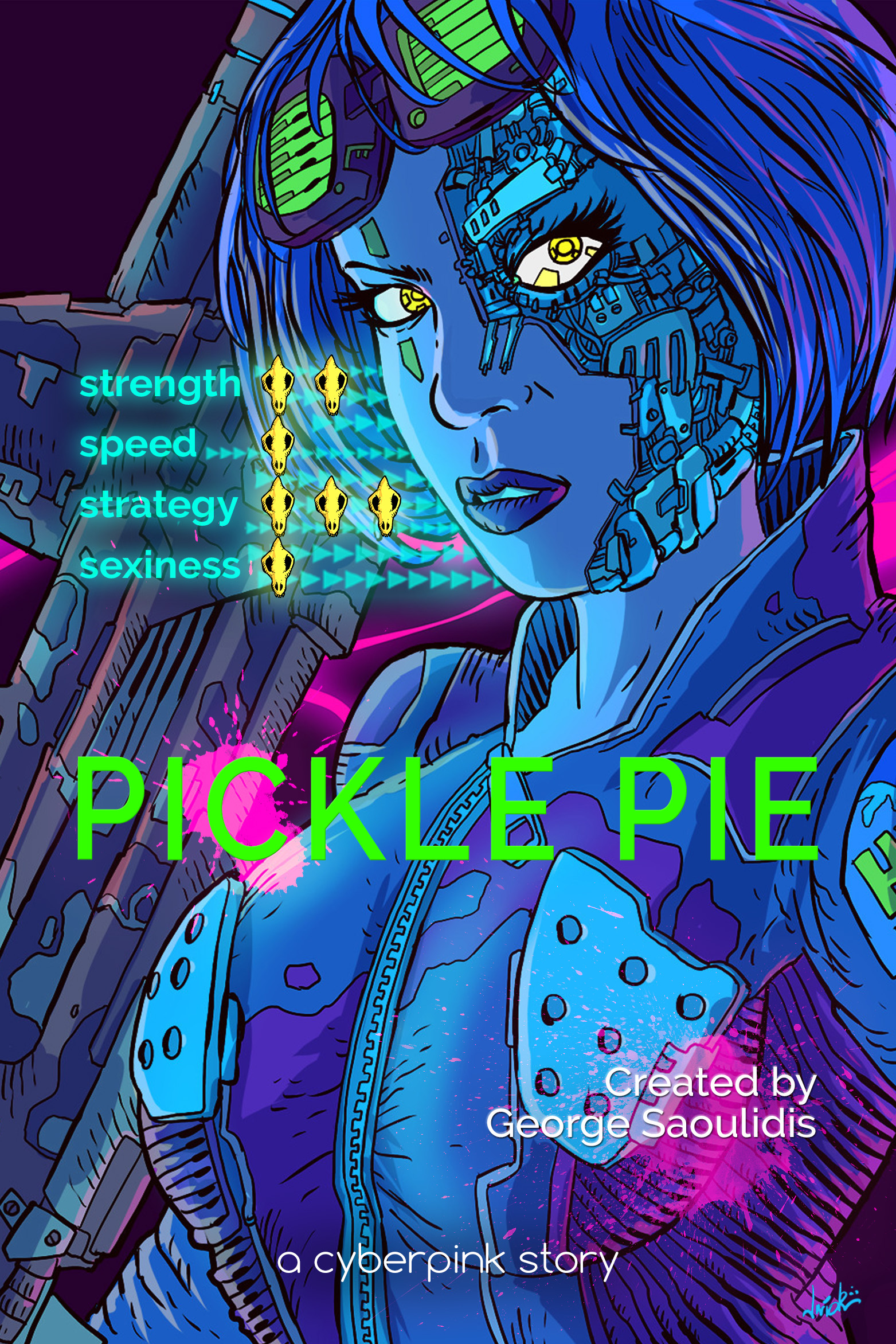 When a bankrupt armourer ends up owning a second-rate jugger player, he decides to go for it. But will he manage to even turn a profit, when he knows little about the game and its seedy world, when the opponents play dirty on and off the field, and when the game's popularity grows with every player injury and death?

Do you wanna watch the bloody game of Cyberpink? Do you wanna meet Pickle Pie? Then read this exciting story where popularity is queen and blood runs pink.

This is book 1 of the Cyberpink series.


Author George Saoulidis has a 3000 goodreads following, a 10000 twitter following and a 4000 instagram following. The book is a short novel for an adult audience. There is a minisite at https://cyberpinktournament.com

Publisher is incorporating wide creation and distribution as a regular step in the marketing process (with 40 upcoming titles, 45 currently published, 19 audiobook).


“What am I supposed to do with this?” Hector said, pushing the flash drive back.

The client was fidgety, to say the least. He kept licking his lips, scratching his elbow till it bled, and only half of this behaviour was from substance abuse. “Come on, man, it’s collateral. I’ll pay you the rest as soon as I turn a profit. I got a tip, man. I got a tip.”

Hector sat back down on his chair and sighed out loud. He’d never stay seated when a client was present at his store, but Diego was no longer a good client. A long-time client, sure, but a good one?

He grabbed a piece of armour and kept working on it to keep his hands busy while the junkie apologised and went on and on about how he’d finally get his big score and pay off his debts.

He fixed a spot at the armpit, the client had complained that it dug into his skin and made it uncomfortable. Custom armour was his expertise, so he simply grabbed his tools and fixed it. Yeah, he ran his fingers on the curve, there was indeed a sharp edge that could catch fabric. Just a tiny bit of filing and a cloth tape to make it softer. Hector cut the tape with his teeth and stuck it in place like an expert. He spun it around in the light, you could hardly see it.

Strangely, it was the only thing that was clean on that man.

“Filthy, indeed,” Hector said, raising his eyes back towards his client. “Diego,” he demanded. “For the last time, I’m not a sports manager."