Outreach: Get Motivated to Reach Your Friends by Don Babin

OUTREACH is a motivational, biblical and inspiring scriptural approach to reaching out to others. This is our biblical mandate, but sometimes we need a holy nudge. 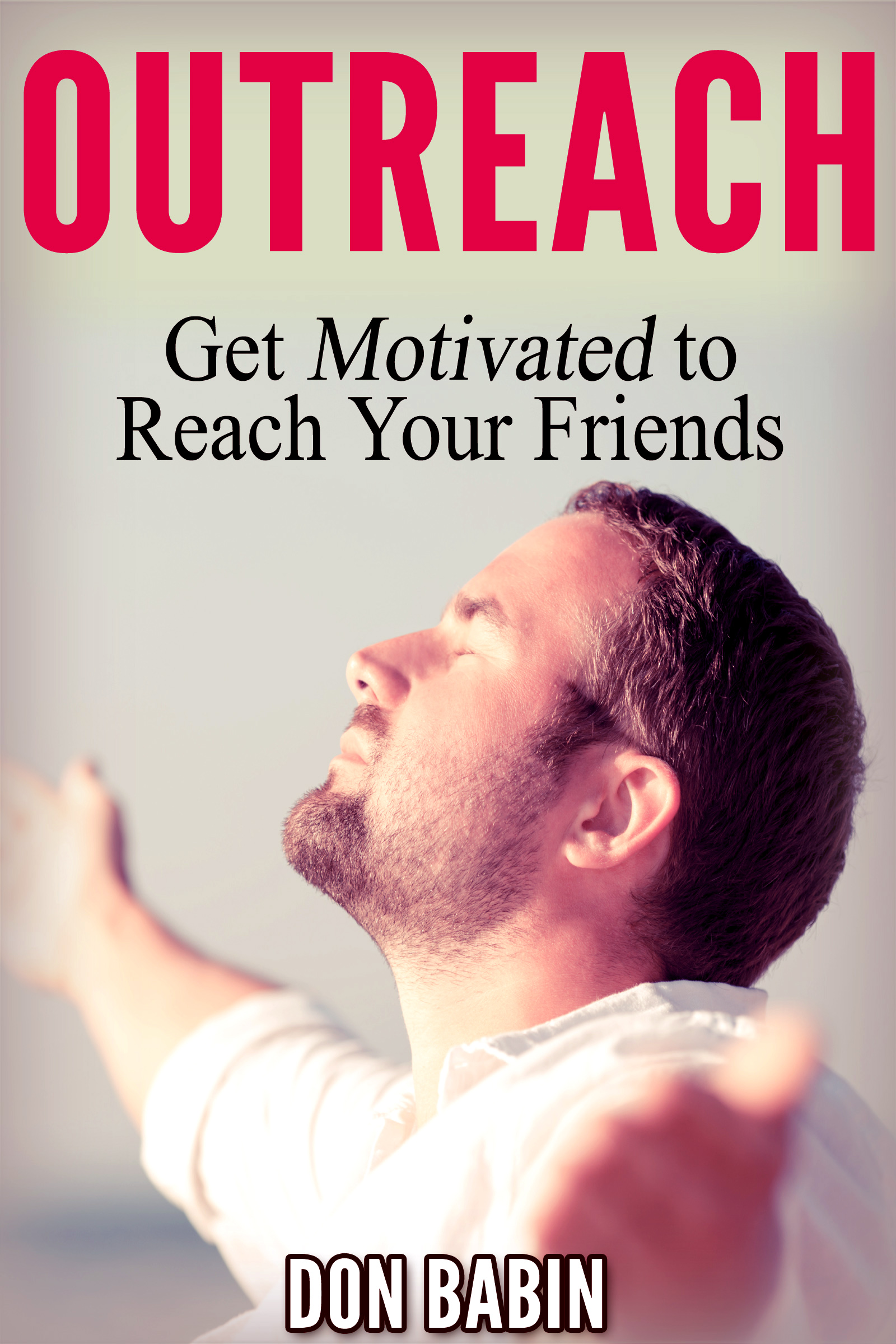 OUTREACH is a motivational, biblical and inspiring scriptural approach to reaching out to others. This is our biblical mandate, but sometimes we need a holy nudge. It is my prayer that by the time you finish reading this book your thinking will have changed a little concerning evangelism. The word 'repent' simply means to change our thinking. It has been my prayer we repent about the way we think about outreach and evangelism. It seems to me the ones who still care about the lost are the new believers. Somehow in the midst of serving Jesus, we have lost the burden He has for those He came to 'seek and to save.' New believers usually make the best soul winners ever. It might be because they have such a burden for those they love who have not discovered what Jesus can do for them. The tragedy is they hang around those of us who have grown cold toward the lost and before you know it they become just like us. I am not sure why that is, but the new believers have much more of a passion for their lost friends then those who have been 'around church' for a while.


This book has been a good seller.


There is an amazing story of four men and their aggressive attempt to get a friend to Jesus found in Mark 2:1-5.  I cannot help but think these guys were the best friends a man could have in the whole world, because they were willing to do whatever it took.  Now, that’s what I call a great friend!  By today’s standard these men would be labeled ‘mad men’ especially when you see all they went through to get their friend to Jesus.  By no means were these your typical church members.  These guys were crazy for Jesus and knew He was the only one who could help their friend.  Dwight Moody, the great evangelist, was called ‘crazy Moody’.  He would give free donkey rides to get kids to come and hear the gospel.  Religious people of his day said he was crazy because of his actions, but he was willing to do whatever it took to get people to Jesus.  These men were no different.

These four mad men were crazy also, but they were crazy like a fox.  If I were a lame man and needed a miracle, I would prefer these four guys as my friends over anyone else in the crowd that day.  I have included the scriptures here so you can read it yourself and not have to go get a Bible to look it up.

“A few days later, when Jesus again entered Capernaum, the people heard that He had come home.   So many gathered that there was no room left, not even outside the door, and he preached the word to them.   Some men came, bringing to Him a paralytic, carried by four of them.  Since they could not get him to Jesus because of the crowd, they made an opening in the roof above Jesus and, after digging through it, lowered the mat the paralyzed man was lying on.  When Jesus saw their faith, He said to the paralytic, ‘Son, your sins are forgiven.’”  Mark 2:1-5